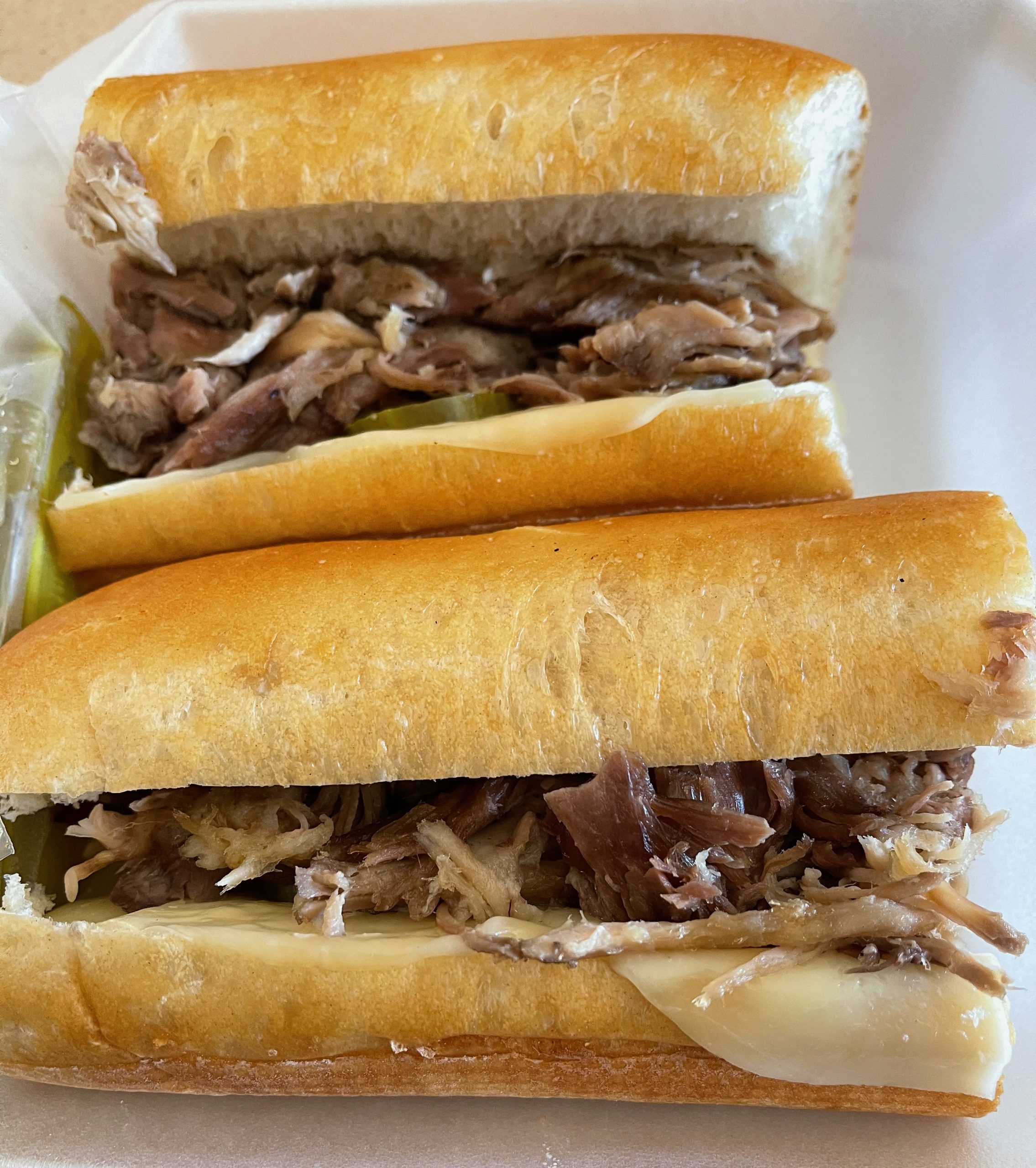 Imagine a world without sandwiches! That daunting premise would make a pretty fatalistic post-apocalyptic movie in which Dystopian societies exist in a nightmare of deprivation, hopelessness, terror and processed food rations (Soylent Green anyone?). No sandwiches–it’s just too incomprehensible to imagine, especially considering everywhere you turn there’s another Subway. Frankly, my own post-apocalyptic nightmare would be a world in which Subway and other restaurants of that ilk are the only option for sandwiches. Like the indestructible roach, chain restaurants would survive even a nuclear cataclysm.

Alas, my personal post-apocalyptic hell is closer to reality than you might suspect. CHD Expert, the worldwide leader in collecting, managing and analyzing food service industry data reports that the sacrosanct sandwich, one of America’s iconic foods, is dominated by chains. It’s not even close. A bleak analysis indicates chains account for 90.4 percent of the sandwich market landscape while independent sandwich restaurants represent only 9.6 percent. That type of dominance hasn’t been experienced since Mike Locksley coached the UNM Lobo football team.

CHD Expert’s analysis reveals that Subway is the “largest chain restaurant in America in terms of number of locations with over 26,000 units.” Beyond the fruited plain there are over 10,000 Subway restaurants operating in more than 100 countries. Subway ranks behind only McDonald’s (18,710) and KFC (11,798) among the ten most prolific fast food chains in the world. Lest you fall for Subway’s Madison Avenue propaganda about its healthful menu, in 2010 the sandwich behemoth earned a rather dubious honor (is it any wonder I fear the white and yellow logo).

When a new, independent, mom-and-pop sub sandwich restaurant opens its doors, it’s an event warranting a celebration. Heck, when you pass by an independent mom-and-pop sandwich shop, a snappy salute should immediately be followed by a U-turn and visit. April, 2011 saw the launch of L.A. Subs in a nondescript strip shopping center on Golf Course Road in Rio Rancho. The initials L.A. didn’t represent the City of Angels, but rather the first names of owner Linda (L) Lorens-Martin and her mother Ann (A). It wasn’t easily visible from the street and only simple signage told you it existed.

Despite its obfuscated location and virtually no advertising, L.A. Subs acquired a pretty significant and loyal clientele. It wasn’t even listed on Urbanspoon until months had elapsed after its opening. Visitors learned about it solely through word of mouth from satisfied customers. You got the impression that’s the way Linda wanted it. Her menu, scrawled by marker on a white board, was hardly a compendium of every sub sandwich and side conceivable, listing only a handful of subs, sandwiches and salads. Specials of the day were listed on a smaller white board behind the counter at which you place your order. Suspended behind that counter is a gigantic neoprene sub sandwich, a depiction so accurate it may make your mouth water.

Two years later, word on the street was of a merger between L.A. Subs and a newcomer named Alicea’s N.Y. Bagels, a bi-coastal sounding operation if ever there was one. In addition to the subs with which City of Vision residents had fallen in love, they could now get fresh, New York-style bagels (and isn’t Rio Rancho often referred to as “Little New York?”) and fresh coffee. Today, external signage reads only “Alicea’s NY Bagels & Subs.” The space next door to the 1,200 square-foot sub restaurant is where hundreds of bagels are made daily.

Alicea is Frenchy Alicea, a Connecticut native who relocated to Rio Rancho with Hewlett-Packard (HP). Although HP offered to move Frenchy to its operations in Georgia, he had already established roots in the Rio Rancho community and decided to stay. Besides, he wanted to transition out of his engineering career into a culinary career and in his spare time had already been working with Linda at L.A. Subs.  It was a career move for which sandwich aficionados are grateful.

If there’s one part of the country that knows subs, it’s the East Coast. You can find phenomenal subs from Maine to Delaware. Independent mom-and-pop sub sandwich shops rule the East Coast. Rio Rancho’s New York transplants echo similar sentiment about bagels, arguing that a good bagel can’t be found west of the Hudson River.  Subs are available in two sizes: large and small. A small sub at Alicea’s is as large as a large sub at the aforementioned chain. A large sub easily exceeds a foot. Unless otherwise specified they’re made with lettuce, onions, tomatoes, pickles, peppers, cheese and Italian dressing. They’re also accompanied by thick kettle chips and a single pickle spear.

On paper, some of the subs are hold-overs from the L.A. Subs days, but you’ll quickly discover they’re “real” subs, the way they’re made on the East Coast. They’re bulging behemoths bursting with meats and cheeses. Oh, and the meats aren’t pre-measured and extricated from hermetically sealed plastic. The bread–baked to Frenchy’s exacting specifications–is soft and chewy, the perfect canvas for piling on high quality ingredients.  Seriously, this is great sandwich bread.

18 August 2014: During my inaugural visit since the transition to Alicea’s, the sub calling loudest was a meatball parm sub. You know it’s an East Coast sandwich if it’s called a “meatball parm” sub. Everywhere else it’s just a “meatball sub.” The “parm” is “alla Parmigiana,” because of the cheese. Alicea’s doubles your fromage fantasy by also adding Provolone. The cheese is molten, melted deliciousness which blankets the meaty (no adjective better describes them) meatballs. The meatballs are large orbs and each sub half is loaded with them. They’re covered in a superbly seasoned sauce, the type of which East Coast Italian restaurants excel.

18 August 2014: In New England the steak and cheese sub is practically a religion. No doubt Bostonians were up in arms when Subway introduced their version, an ostensibly flavorless (speculation here; I won’t actually try one) calorific overachiever. Though there are similarities, steak and cheese subs should not be mistaken with Philly Cheesesteak subs. At Alicea’s, the steak and cheese sub is crafted from good quality steak cut painfully thin, glistening sweet fried onions, soft melting cheese and a soft, chewy sub roll. It’s an excellent sandwich sure to be loved by expatriate New Englanders.

26 September 2014: On September 16, 2014, Alicea’s added a “Real Philly Cheese Steak & Cheese” to the daily menu with a Facebook announcement indicating “Don‘t settle for any of the cheap fake wannabes in town get a real one!” That’s a rather audacious claim considering the metropolitan Duke City area has several purveyors of excellent Phillys. Alicea’s rendition is the closest to the version invented in 1931 by Pat Oliveri in the City of Brotherly Love. Thinly sliced sautéed ribeye beef, slivers of fresh green pepper and lots of gooey melted cheese make it Philadelphia-like. Green chile gives it that New Mexico touch. The ultra-rich molten cheese makes the sandwich so rich you may not be able to finish it in one sitting.

19 February 2021: In season five of HBO’s “Curb Your Enthusiasm” Larry David’s favorite deli names a sandwich in his honor.  Predictably the honor didn’t sit well with Larry because he wasn’t a fan of its contents: smoked sable, whitefish salad, cream cheese, onions and capers.  “I’m not really a big fish guy, to tell you the truth.  I’m more of a pastrami-corned beef kind of guy,” he argues.  Me, too.  Larry David would have appreciated Alicea’s Reuben (pastrami, Swiss, sauerkraut, thousand island on marble rye) though because of his contrarian nature, he probably would have complained that it’s too big.  This is one heft reuben.  Constructed like a Big Mac with a slice of marble rye in the middle, it’s got more pastrami than Subway might put in three sandwiches.  Though I prefer my pastrami in thin shards, Alicea’s thicker cuts proved very satisfying with smoky, well-seasoned notes.

19 February 2021:  The nine subs on the “Signature Subs” menu offer a choice of “small” or a fourteen-inch “big boy.”  A big boy is a two meal behemoth generously endowed with ingredients.  My Kim loves the aptly named The Smokey Pig (pulled pork, bacon, Provolone, mayo, onions, lettuce, tomato, Italian dressing) sans lettuce and tomato.  What makes it aptly named is that the addictive flavor of pulled pork isn’t obfuscated by some vinegary or sweet barbecue sauce.  Instead every bite rewards you with lightly smoked shards of porcine perfection.  Briny, crunchy dill pickles provide a nice contrast while the melted Provolone imbues the sub with a mild nutty flavor.

19 February 2021: Every morning while most of us are in enjoying blissful slumber, Frenchy is on his way to Santa Fe to deliver bagels.  Denizens of the capital city aren’t the only people besotted with his bagels.  Some of his most faithful bagel buying customers are of the Jewish persuasion, many originally from the East Coast where Frenchy learned how to boil then bake bagels in  the time-honored traditional manner.  It’s an art and science he’s got down pat.  Each bagel is dense and chewy, a perfect canvas for schmear or butter.  They’re a big larger than most bagels but only Larry David would complain about that.

In December, 2017, Delish published its list of the 50 best bagel shops in America and its choice for New Mexico was my choice, too. Alicea’s NY Bagels & Subs in Rio Rancho not only knows its way around bagels, its subs are superb.

The bleak post-apocalyptic scenario I posed in which there are no independent mom-and-pop sub sandwich shops will hopefully never come to pass. This can best be assured by supporting local gems such as Alicea’s NY Bagels & Subs in Rio Rancho.