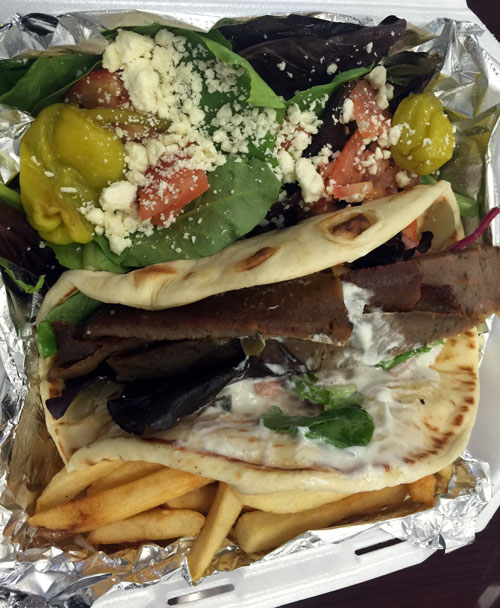 As the clock approaches midnight every year on December 31st, the eyes of the world are focused on a single geodesic sphere some twelve-feet in diameter and weighing nearly six tons. Covered with nearly 3,000 Waterford Crystal triangles, that sphere descends slowly down a flagpole at precisely twelve o’clock, signaling the transition to a new year. The event is witnessed by more than a billion people across the world, including more than one million who crowd the area to bid a collective adieu to the year just completed and to express hope and joy for the upcoming year. This event takes place in Midtown Manhattan’s fabled Times Square, oft called the “crossroads of the world.”

Contrast the bustling energy and modernity of Time Square with the sedate tranquility of the ancient city of Petra in the Middle Eastern nation of Jordan. Inhabited from 312 BC through the 1980s, Petra, a vast, unique city, carved into sheer red rock face, is most often spoken of in historical terms and indeed, much history has transpired in Petra. Petra served as a center of trade between Arabia, Mesopotamia, Egypt and the eastern Mediterranean though today it is more often recognized for its cameo role in major movie productions such as Indiana Jones and the Last Crusade and Transformers: Revenge of the Fallen than for being a United Nations World Heritage Site.

You might not know it, but in Suite C on the southwest intersection of Central Avenue and Yale Boulevard in Albuquerque, Times Square converges with Petra. No, not in the fashion of some bizarre inter-dimensional Twilight Zone or X-Files plot twist. This convergence is in the merger of restaurant concepts. The Times Square Deli Mart, a combination deli and convenience store which has operated in Albuquerque since 2007, was acquired by a delightful Palestinian family who added a Middle Eastern menu to an already bustling deli and sandwich menu. The deli portion of the complex is on the northwest corner of the capacious store, but the aroma emanating from that corner permeates its every square inch…and it’s a great aroma, the melding of spices, meats and cheeses. It’s an aroma familiar to anyone who’s lived on the east coast. It’s the aroma of a New York City deli.

Step through the front door and you’ll cast a quick glance at aisles of convenience goods, refrigerators stocked with assorted libations and behind a long counter, racks of cigarettes, but with the draw of a siren’s sweet song, you’ll be lured toward the deli area where the aforementioned meats and cheeses are lined up behind a deli case. Above the deli case is a menu listing sandwiches constructed from those meats and cheeses. It’s a carnivore and turophile paradise. Alas, during our inaugural visit since the ownership transition, my friend Bruce “Sr. Plata” Silver and I were easy prey for an enthusiastic counterman hawking the daily special, a gyros sandwich served with a side salad and fries (at a ridiculously low price).

Nestled within the cozy confines of a warm pita bread are slices of the lamb-beef amalgam shaved thinly from a cone-shaped spit and served with lettuce, tomatoes and tzatziki sauce. Though better gyros can be found a couple of blocks away at Gyros Mediterranean, for the daily special price, this was a filling and mostly satisfying sandwich. Rather than more meat, however, our preference would have been for meat with more juiciness (meat on a spit should practically be sweating moistness). If the accompanying salad (lettuce, tomatoes, feta cheese, pepperoncini) has any dressing, it’s applied so lightly that we couldn’t discern it. Fortunately a generous sprinkling of feta and the squeeze of two pepperoncini onto the salad made up for no or weak dressing. The fries are strictly out-of-a-bag quality.

The same smooth-talking counterman who sold us on the gyros told us the restaurant’s most popular sandwich is the Philly Cheesesteak about which he gushed effusively. Available in six- and ten-inch sizes, this Philly features thinly sliced roast beef grilled in butter sauce with seasoned and sautéed onions and green peppers under a blanket of melted American cheese. While good, it made us long for the melodic percussion of Steve Garcia chopping meat, onions, green peppers and green chile on the grill at Philly’s N Fries. That’s Albuquerque’s very best Philly and it’s probably unfair to compare it with any other. Similar to the gyros, the roast beef lacked juiciness nor did it acquire any from the sautéed onions and peppers. A different cheese would also have improved the sandwich; the melted American cheese resembled that processed cheese used on nachos served in ballparks.

The Petra Restaurant & Times Square Deli Mart may be as close to New York City as most of us get a chance to frequent. That’s reason enough to visit. So are the dozens of sandwich options and now, Middle Eastern deliciousness.