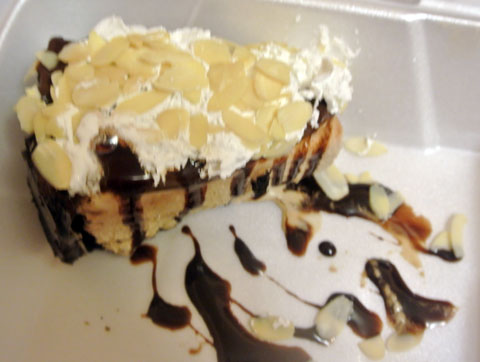 Because of the geothermal mineral springs which issue from the ground, the city of Truth or Consequences, New Mexico was originally named “Hot Springs.” Seeking to distinguish itself from other cities of the same name and to advertise its plentiful resources, city residents voted to rename the city in response to a challenge rendered by a successful 1950s NBC television show called Truth or Consequences. The rest, as they say, is history. This small resort town with an year round permanent population of just over 8,000 bustles with activity, much of it centered around nearby Elephant Butte lake.

Truth or Consequences (T or C to the locals) is a city which honors its history and is an exemplar of small town traditions and hospitality, but the incursion of Spaceport America and its offering of suborbital rocket rides may prompt the acceleration of the city’s eye to the future. Deep-pocketed adventurers who can plunk down as much as $200,000 for a ticket will likely demand more of the hospitality industry than the relatively austere and simple amenities currently available in T or C. It remains to be seen whether the city can and will change to meet those demands while retaining the small-town charm so many of us love.

No matter how much things change in T or C, we can almost be assured of one thing: Los Arcos Steakhouse and Bar will remain unchanged. Launched in 1970, Los Arcos remains what Los Angeles Magazine called “a 70s-style monument to surf and turf.” The restaurant and its menu may be an anachronism, but great service and hospitality are timeless and the true secret to the longevity and success of Los Arcos. It’s no wonder that for more than four decades, it’s earned a reputation as a favorite stop between El Paso and Albuquerque.

Even in the 1970s, the Los Arcos menu would be unique for its variety. You no longer have to step back in time to find such appetizers as oysters Rockefeller, shrimp cocktail, shrimp won tons and fried veggie platters. Steaks are aged and trimmed by the staff. Several beef combinations are available with fresh seafood: Australian lobster tails, king crab and two prawns. Other seafood and fresh-water options include herb-crusted catfish, Indonesian shrimp and Walleye Pike deep-fried in beer batter.

28 September 2014: Not necessarily an anachronism, but still somewhat rare within appetizer menus are old-fashioned egg rolls, the type of which are standard in Chinese restaurants. Two golden-hued egg rolls per order are accompanied by a sweet-spicy mustard with all the benefits of sweet and sour sauce with the eye-watering kick of hot mustard. The egg rolls are engorged with vegetables as is usually the case in Chinese restaurants.

5 March 2004: The “Los Arcos Specialties” menu is a sort of catch-all of entrees which aren’t steak or seafood. You’ll find baby back ribs, chicken, a shrimp and chicken and a smoked pork loin. Also available are the unique pairings of a charbroiled filet topped with green chili (SIC) and Mornay sauce as well as a filet topped with crab and Bernaise. The smoked pork loin is a thick-cut steak about four inches around and about three inches tall. It’s tender, tasty and served with honey mustard and applesauce.

28 September 2014: Another Los Arcos specialty are the baby back ribs which are mesquite smoked with an orange pecan barbecue sauce. The orange-pecan sauce doesn’t have the citrus properties you might expect. In fact, it’s rather sweet with smoky notes. A full rack of ribs is meal enough for two. These baby backs are at the opposite extreme of of the “fall off-the-bone” ribs which often denote being overdone. In fact, you need a knife to separate and cut each rib and extricate the pork which isn’t as tender as we like our ribs.

28 September 2014: The highlight of our two visits has been Los Arcos’ Mud Pie, an Oreo cookie crust topped with coffee ice cream, chocolate fudge, whipped cream and almonds. It’s an excellent dessert, especially if you love coffee-flavored sweet treats. The Mud Pie is a coalescence of ingredients which go very well together to create a very satisfying dessert you may not want to share.

Los Arcos remains a timeless classic that continues to win over generations of diners with its combination of great service and solid food. Time will tell if it becomes a favorite of Truth or Consequences space tourists.