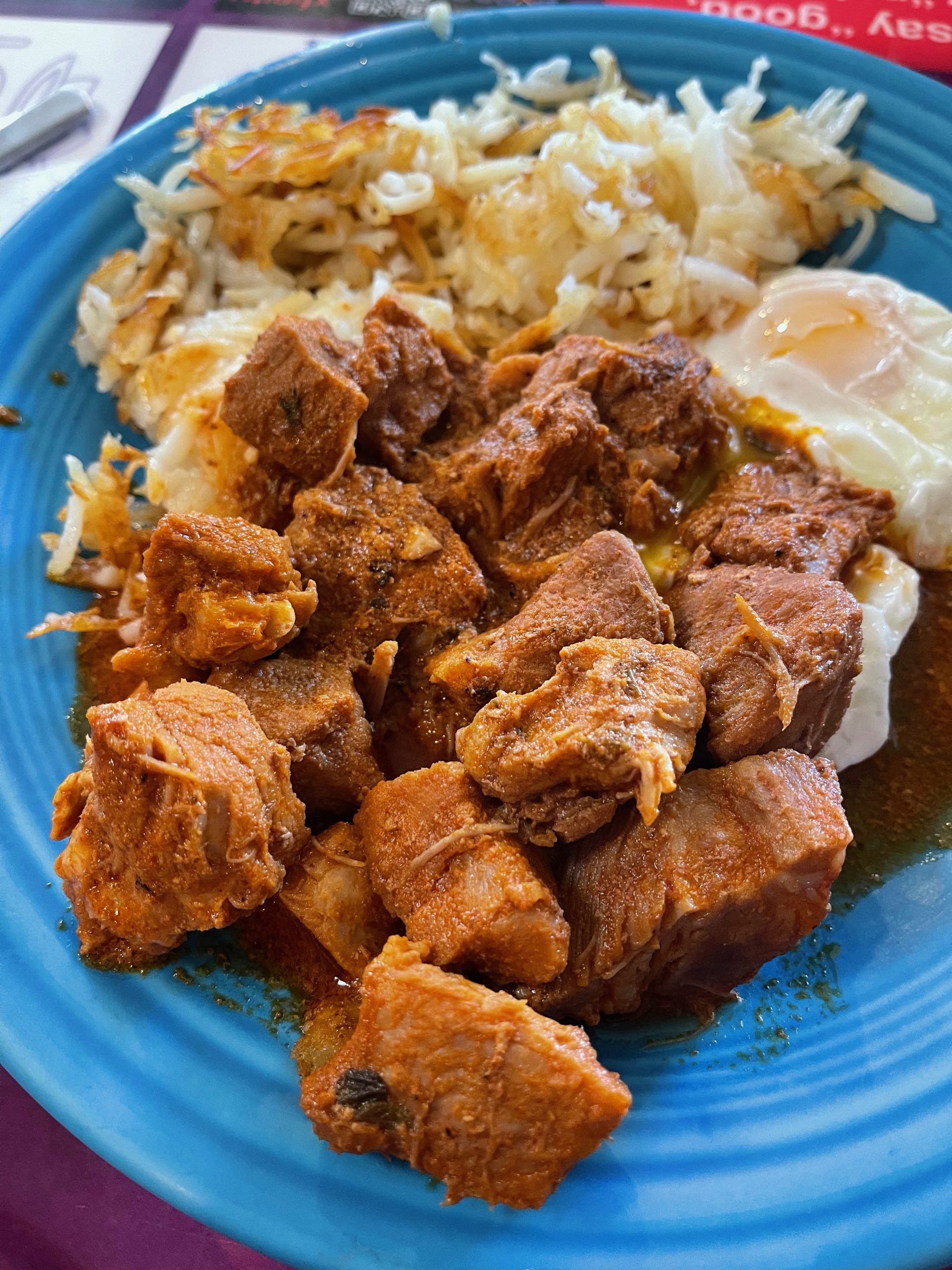 Quick, name the oldest neighborhood in Albuquerque. Most people would say Old Town which was settled in 1706 near the banks of the Rio Grande. Most people would be wrong. The oldest neighborhood in Albuquerque is actually the Barelas neighborhood, formally established as a ranching settlement in the late 1600s. The history of the central Rio Grande region began at and expanded from Barelas, once a thriving hub of commerce bustling with activity.

Both the Camino Real, the royal road to Mexico City and Route 66, America’s mother road passed through the Barelas neighborhood. Barelas was the seat of a flourishing railroad enterprise which facilitated a burgeoning economy.  The neighborhood began a precipitous decline in the 1950s when odoriferous emanations from an area sewage treatment plant drove people away. Then in the 1960s, shopping mall developments proved too formidable competition for long-established mom and pop businesses, the economic heart of the community.

Before long, the federal government was calling Barelas a “pocket of poverty” and what was once a thriving neighborhood languished. By the 1970s, Barelas was all but forgotten–perhaps a blessing in disguise because that allowed the preservation of historic buildings for which the community is best known today. The 1978 launch of the Barelas Coffee House predates by almost a decade the revitalization of what has once again become a thriving neighborhood. A government neighborhood revitalization program later provided the means by which the restaurant could update its facade while retaining the look and feel that has made it a very popular dining destination.

Today, if you want to take the pulse of the city, you go to Barelas Coffee House where Albuquerque’s movers and shakers congregate for a great meal. They go there not only because the restaurant serves their favorite New Mexican food entrees, but because it’s where they can mingle with their constituency or with tourists exploring the off-the-beaten path charm of the neighborhood.  Everyone from Presidents (Clinton and Obama) to governors (Richardson and Johnson) has broken bread (tortillas) at the Barelas Coffee House.  Despite hosting political and professional glitterati, this modest, maybe even self-effacing restaurant, remains a seat-yourself, absolutely no reservations, dining establishment in which long lines of frothing-at-the-mouth hungry diners are commonplace.

Vintage signage for carbonated beverages of “back in the day” adorns the walls. One back dining room is a veritable shrine to Coke A Cola.  If you’re New Mexican, your heart might swell with pride as you gaze at framed posters by Albuquerque artist Edward Gonzales, a rare talent whose depictions of New Mexico’s Hispanic peoples celebrate the Chicano experience in New Mexico and the Southwest.  The menu and advertising under glass at each table proclaim Barelas to be the “Land of Mi Chante,” chante being a colloquial New Mexican term for home. To area residents, this restaurant is like being home.

12 December 2019: Once you’re seated, the menu is replete with popular New Mexican favorites calling for your rapt attention. Will it be huevos rancheros, a steaming bowl of beans and green chile, maybe menudo? The pinto beans–in a bowl by themselves or smothered in red or green chile–are among the very best in the city.  New Mexican plates are served with beans, rice, a tortilla and pork embellished chile. As with an increasing number of New Mexican restaurants, Barelas Coffee House charges for salsa and chips, but in this case, the cost is worth it. The chips are crispy, lightly salted and best of all if you enjoy Gil-sized portions, don’t collapse under the weight of the salsa. The salsa is a highlight; it is unfailingly fresh and delicious at about medium on the piquancy scale. It’s a chunky jalapeno based salsa made with white onions, jalapenos and oregano (quite discernible) in proportions that make it memorable.

12 December 2019: All plates arrive at your table steaming hot–not hot enough to scald your tongue, but at an optimum temperature to facilitate enjoyment. Few things are more disappointing than New Mexican food served lukewarm.  The temperature, however, is the only thing that might be considered “hot” in some entrees as neither the green or red chile are consistently piquant.  For years, that’s been my biggest beef with the Barelas Coffee House.  Your heat tolerance, of course, may vary.  Plates are served with a dinner salad’s worth of lettuce and tomato.

Barelas Coffee House is one of very few restaurants who offer enchiladas either rolled or stacked (Northern New Mexico style).  Enchiladas are also available with your choice of beef, carne adovada and chicken and you can have them Christmas style (both red and green).  They’re a thing of beauty.  Because the little things mean so much, let me point out that this restaurant is very generous with its Cheddar cheese which melts atop your entrees like molten lava running down a cliffside. That’s a huge plus for me.

Carne adovada enchiladas are generously appointed with bite-sized cubes of pure porcine perfection that shred easily into tender tendrils. Served with whole pinto beans and the ubiquitous Spanish rice, these enchiladas are terrific, a perfect vehicle for carne adovada most New Mexicans love as much as a favorite child or grandchild.  It’s easy to spot New Mexicans of my generation as they tend to cut up the tortillas into little “spoons.” These are substantial tortillas, not the inferior paper-thin, assembly line tortillas some restaurants serve (can you say Frontier Restaurant?).

6 November 2021: In 1931–some 19 years after New Mexico achieved statehood–Fabiola Cabeza de Baca Gilbert published what is widely believed to be the very first cookbook dedicated to New Mexican cuisine.  That historic tome Historic Cookery showcased heirloom recipes from the author’s own family and other recipes collected from villagers in northern New Mexico.  Over 100,000 copies were sold over the course of its several printings and editions. One of the more popular recipes was for carne adovada, chunks of pork marinated in an incomparable New Mexican red chile.

Barelas may not follow Fabiola’s recipe to the letter, but in spirit it’s certainly an exemplar of the magnificent meat dish Fabiola introduced to the world.  Having followed Fabiola’s recipe, my adovada adoring Kim is a stickler for authenticity and quality.  As such it was high praise indeed when she declared the carne adovada (served with eggs and hash browns) at Barelas “even better than Mary & Tito’s” her long-time favorite.  I’m not willing to make such a heretical declaration, but certainly agree Barelas’ carne adovada is in rarefied air, among the very best in New Mexico.  Fabiola would be proud.

6 November 2021:  When I asked our peripatetic server to give me an honest assessment of Barelas’ green chile cheeseburger, she assured me it’s one of the best in the area–and she’s “tried them all.”  She boasted that the only thing which could possibly make it even better is bacon.  When the green chile cheeseburger arrived the bacon was obviously overdone.  Still, that’s my preference over bacon that’s fatty and flaccid.  Several strips of the crispy pork candy covered the well done (but not overly so) beef patty.  Both were topped by chopped green chile with chopped onions, lettuce and tomatoes on the side.  That green chile did the trick!  With a very pleasant piquancy, it elevated the other ingredients, even making me forget the burnt bacon.  Green chile cheeseburgers should always showcase the first named ingredient.  This one does!  It’s excellent!

6 November 2021: The Land of Enchantment’s “other” official state vegetable, the humble frijole (pinto bean) has long been the subject of many a flatulence joke.  In fact, beans of all types are frequently associated with malodorous emanations.  Such sophomoric jokes are the bane of proud New Mexicans everywhere who love frijoles.  We associate beans not with breaking wind, but with memories of magnificent meals centered around frijoles with green chile.  Barelas rekindled my own memories of many meals growing up in Peñasco where we could have had frijoles with green chile for breakfast, lunch, dinner and dessert.  I still have those cravings.  With Barelas, I also have a restaurant where those cravings can be sated.

In its annual Food & Wine issue for 2012, Albuquerque The Magazine awarded the Barelas Coffee House  a “Hot Plate Award” signifying the selection of its menudo as one of the “most interesting, special and tasty dishes around.”  Considering the thousands of potential selections, to be singled out is quite an honor.  Menudo is one of those New Mexican dishes many diners find off-putting while proponents swear it’s a panacea for whatever ails you (especially hangovers).  Barelas Coffee House has made menudo a delicious art form.

The Barelas Coffee House has been going strong for more than a quarter century with no surcease to its popularity in sight. It is considered a landmark and local treasure just like the neighborhood that houses it.