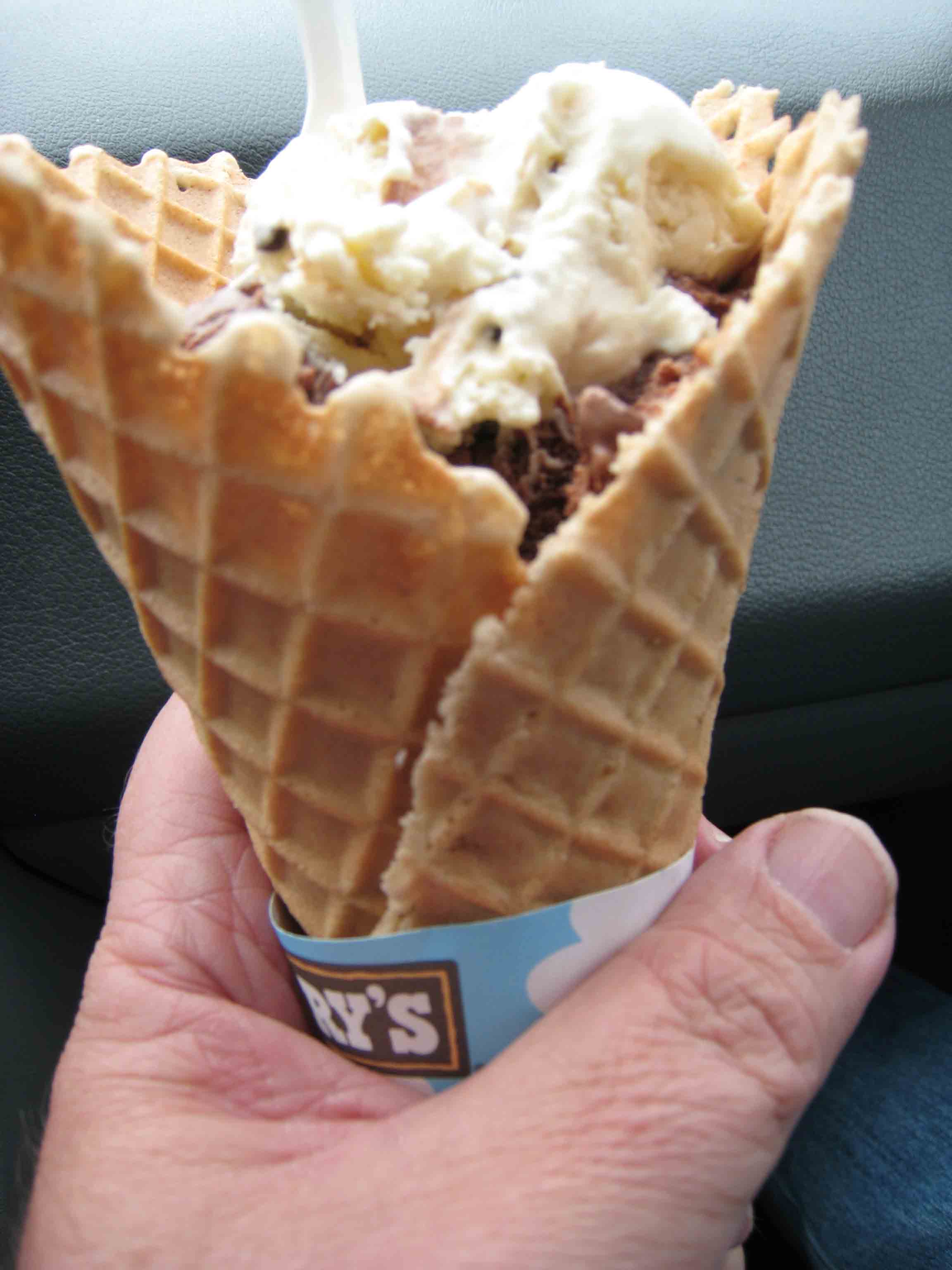 Ben & Jerry’s is a different kind of restaurant–one with a social conscience–serving premium ice cream. Founded on and dedicated to a sustainable corporate concept of linked prosperity, its mission consists of three interrelated parts–a product mission, an economic mission and a social mission. Its product mission is to make, distribute and sell the finest quality all natural ice cream and euphoric concoctions with a continued commitment to incorporating wholesome, natural ingredients and promoting business practices that respect the Earth and the Environment. Irrespective of your political bent, you’ve got to respect that.

In New Mexico, Ben & Jerry scoop shops support various nonprofit programs including the restoration of the Rio Grande Bosque. Founded in 1978 by Ben Cohen and Jerry Greenfield in Burlington, Vermont, Ben & Jerry’s has since expanded to nearly 250 shops in the United States as well as in France, Israel, the Netherlands and the United Kingdom.

By year’s end (2004), there were three Ben & Jerry’s scoop shops in the Duke City where grocery stores have sold these wonderful ice cream concoctions for years. The restaurant features more than 50 ice cream, frozen yogurt and sorbet products and it’s a safe bet to assume they’re all delicious, but just in case you have doubts, you can ask for and will be given a sample. It was a small sample of oatmeal cookie ice cream that prompted me to add it to a scoop of chocolate fudge brownie ice cream on a sugar cone. The two distinctive flavors appeased on my taste buds so much that it was difficult to determine which was better.

In subsequent visits, my taste buds have been titillated and tantalized by such creamy creations as Phish Food and Cherries Garcia. Every new flavor is my new favorite. Ben & Jerry’s is more than a scoop above any other ice cream shop in the Duke City.