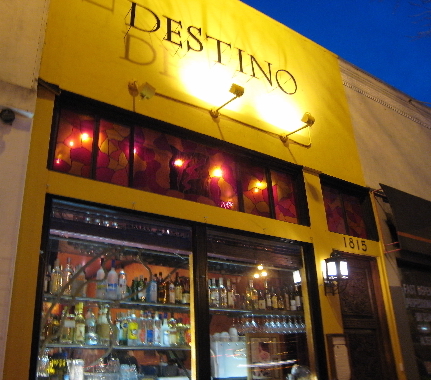 In 2004, The Economist (a British weekly news publication) proclaimed that “Peru can lay claim to one of the world’s dozen or so great cuisines.” In 2005, Bon Appetit declared Peruvian “the next hot cuisine,” extolling its “vibrant ceviches, crispy, spiced rotisserie chickens and packed-with-flavor empanadas” then encapsulating its declaration with “this is one cuisine we could eat every day.”

A year later, at the world’s premier gastronomic forum, the International Summit of Gastronomy, Lima (the coastal nation’s capital city) was touted as the “gastronomic capital of the Americas.”

What’s surprising is not that the culture-rich cuisine of a small, multi-ethnic nation rarely on the world’s stage received such acclaim, it’s that it took so long.  Peru’s culinary traditions, after all, began in pre-Columbian times. Peru was home not only to the oldest known civilization in the Americas (the Norte Chico civilization flourished as early as the 30th century BC) but later to the largest civilization in the Pre-Columbian Americas–the Incan empire.

Immigration melded the culture and cuisine of the Spanish, Basque, African, Moorish, Sino-Cantonese, Japanese and in the 19th century, the Italian, French and British with Peru’s indigenous peoples, the descendents of the pre-Incas and Incas, to combine the flavors of four diverse and distinct continents.

With such a cultural and racial amalgam, it any wonder Peruvian cuisine has been constantly evolving and expanding?  Peru’s openness facilitated a veritable fusion of ancient traditional dishes with contemporary global influences.

Years before Peruvian cuisine began being recognized for its delicious diversity, some culinary pioneers had already started the trend in the United States towards this innovative and flavor-rich cuisine.

One of them was James Schenk who launched Destino in 2000. From a family with deep roots in Peru, Schenk helped put Peruvian cuisine on the nation’s culinary map.  His charming bistro certainly fueled the explosion in popularity of Peruvian cuisine in San Francisco, one of the United States’ culinarily revolutionary cities.

Within four years of its launch, Destino began receiving national recognition.  In 2004, the restaurant was named one of the United States “top fifty Hispanic restaurants” by Hispanic magazine which underlined the “overall appeal of this special nuevo latino bistro where the accents are Peruvian.”

Destino repeated as a Hispanic magazine choice as one of the United States “top fifty Hispanic restaurants” in 2005.  The magazine raved about Schenk taking “extra care to tap rich Latin flavors and preparations for his innovative dishes.”

In 2006, it was Destino’s chef and owner, James Schenk himself, who was recognized by Hispanic magazine.  In an article honoring eight Latino chefs “creating magic in the kitchen,” Schenk was praised for “honoring authentic tastes, even though his plating is contemporary.”

That same year, Saveur magazine introduced the culinary world to a specialty of the house at Destino–Alfajores, South American butter cookies filled with dulce de leche.  Schenk sets a plate of alfajores on the table at the end of every meal so as to “give people something that will let them leave with a smile on their faces.”

Smiling faces are a common sight at Destino, a long, charming bistro whose ambience is warm and inviting and whose wait staff is attentive and knowledgeable.  Destino’s muted-lighting, rich colors (alluring reds and beguiling shades of orange), oversized mirrors and dark woods make it a perfect neighborhood hang-out where the cares of the day are washed away by food and wine pairings that will impress themselves on your taste buds for a long time.

In truth, the bill of fare isn’t exclusively Peruvian.  It’s advertised as “Nuevo Latino,” a fusion of dishes inspired by the cuisines of Central and South America served with a “nuevo” or contemporary flair that has won over critics and patrons alike.

The front of the menu is dedicated to tapas, the name in Spain for a wide variety of appetizers or “small plates.”  Schenk lived in Madrid for a year where he learned all about Spanish tapas traditions.  His time in Spain was, in fact, his muse for opening Destino.

At Destino, some diners will follow the Spanish tradition of ordering several different tapas, combining them for a full meal.  Others will opt instead to order from Destino’s three-course prix fixe menu.  This menu includes an appetizer, main entree and delectable dessert.

While you’re making up your mind (and it will be a challenge), your server will bring wonderfully yeasty bread rolls along with a Peruvian Ocopa sauce to your table.  The Ocopa sauce, a light, creamy sauce is seasoned with chiles to give it a nice pizzazz.  It’s not an overly piquant sauce and in fact, its pronouncements are almost equally sweet, piquant, savory and even a bit tangy.  It tops the de rigueur bread dipping sauces served elsewhere.

The tapas selections are so enticing, you’ll be hard-pressed not to order more than you can eat.  That’s one of the reasons a meal at Destino is meant to be shared–although sharing is not what you’ll have in mind when the Ceviche Sampler is brought to your table.

You may have to fight the primal urge to devour this paragon of deliciousness all by yourself.  It is, after all, three different sashimi- quality ceviche plates, each brimming with flavor.

Ceviche is served in almost every Peruvian restaurant in which the specialty of the house is fish and seafood.  The ceviche can range from sublimely simple to intensely complex, but is in most cases, very flavorful.

There’s the Ceviche A la Peruana in which the inherently briny flavor of Pacific sea bass is ameliorated with aji Amarillo (a yellow Peruvian hot pepper), cilantro and canchas (toasted Peruvian corn with a little bit of salt and oil).  It is a pleasant adventure for your taste buds as contrasting tastes and textures compete for their rapt attention.

The Destino Chino honors the Chinese who settled Peru’s coastal areas in which the richness of aquatic life contributes significantly to the bio-diversity, economic and ecological make-up of the country.  This ceviche features yellowtail tuna, tiger prawns, ginger and lemongrass oil.  It is more tangy and complex than the other ceviche plates on the sampler.

The third offering in the sampler, Ceviche A la Mexicana is crafted of Ahi tuna, avocado, organic mango and Achiote oil.  It is wholly unlike the ceviche proffered at many Mexican restaurants in which the tanginess of lime sometimes overwhelms instead of complementing the natural briny flavor of the fish.

Destino’s rendition of Mexican ceviche reminded me more of the type of ceviche you sometimes see in Japanese sushi restaurants in which the fish is the featured attraction and everything else is an ameliorant meant to bring out its taste.  This is a ceviche at the level of sublime.

At that level you’d also have to include Destino’s Chile Relleno, a poblano chile engorged with Niman Ranch ground sirloin, farmhouse Cheddar, chipotle salsa and citrus Crème Fraiche.  It’s a Peruvian dish with the full California treatment starting with ground sirloin from a cooperative which raises livestock traditionally, humanely and sustainably to deliver some of the best tasting meat you’ll have anywhere.

While the poblano chile is the canvas and the Niman Ranch ground sirloin the showcase, it is the smoky chipotle salsa and tart, citrusy Crème Fraiche that put it all together with complementary, yet contrasting tastes.  Having consumed chile rellenos at hundreds of restaurants, I can attest to these being among the very best I’ve had anywhere.

Grilled Niman Ranch sirloin is also a featured component of another fabulous tapas dish–Churrasco.  Churrasco is a Spanish and Portuguese term referring to meat or grilled beef.  Destino’s churrasco is perfectly grilled to about medium.  It is adorned with Maldon sea salt and Chimichurri salsa, an Argentine specialty.

Another tapas hit, the Conchitas a la Parmesana starts with Hokkaido Day Boat Scallops, the famous Japanese scallops which have earned “epicure-grade” and “sushi-grade” ratings from culinary cognoscenti.  That will tell you something about this tapas dish.  Each scallop is extremely flavorful in and of itself with an invigorating briny wildness, but add a bit of garlic butter and rich Parmesan and you’ve got a terrific treat.

Last, but certainly not least among top-grade tapas we sampled are Arepas de Queso, uniquely shaped cornmeal biscuits sandwiching Fontina cheese very similarly to a quesadilla then topped with a roasted corn and bell pepper salsa.  The combination of flavors works very well together, but it is the light texture that made this a special dish.

If after a sumptuous repast of tapas you still have room for a main entree, an excellent option are the Raviolis de Aji de Callina, housemade pasta, shredded chicken, an Aji Amarillo reduction and toasted walnuts.  Similar to yet distinctive from Italian ravioli dishes, it will appease the most finicky diners.

The ravioli tablets, more closely resembling dumplings than Italian ravioli are engorged with tender, well-seasoned chicken and topped with a mildly piquant pepper sauce with just slightly more heat than tomato sauce.  This is an excellent entree.

If there’s one absolute must in a dining experience at Destino, it’s that you MUST have dessert irrespective of how much you have to loosen your belt.  Desserts are fabulous, maybe none more so than Churros Y Chocolate. Churros have a reputation for having cardboard-like textures and empty calories with little flavor to show for it.

Destino’s churros were lightly crispy on the outside and soft and warm on the inside with a light sprinkling of canela (the Portuguese and Spanish word for cinnamon).  The chocolate is made from winter-spiced hot cocoa and being thin, is prone to spillage on your shirt.  That’s a small price to pay for a decadent dessert treat you’ll dream about.

It won’t take alfajores for you to leave Destino with a smile on your face.  It’s a smile that will return with every sweet remembrance of the wondrous cuisine with its roots in gastronomic heaven, the modest nation of Peru.