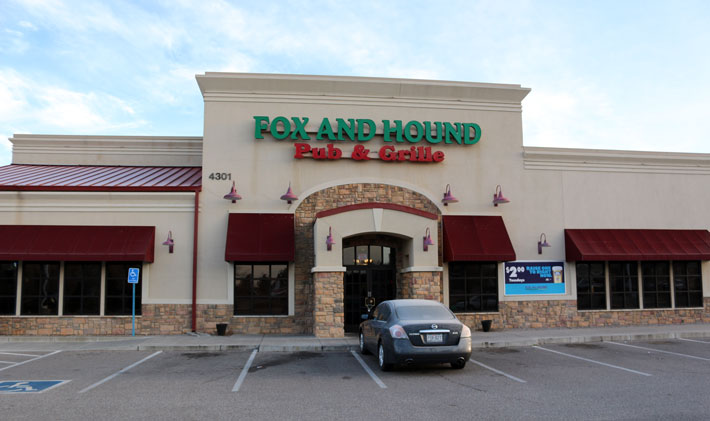 English Parliamentarian and writer Samuel Pepys described the pub as “the heart of England and the church as its soul.” As England has become a more sectarian nation, the pub has essentially supplanted the church as the focal point of the community. Today there are nearly 58,000 pubs in the United Kingdom with almost every village and city in England having at least one.  Unlike American bars, saloons, taverns and inns which tend to have very pedestrian and forgettable names, English pubs tend to be unique and memorable. The reason, according to one urban myth, is so pub patrons can know where to direct the taxi cab after throwing down too many a pint.

Whatever the reason, no sojourn across the English countryside would be complete without the entertaining travel game of finding the most unique pub name. More often than not you’ll espy pubs named after common objects (such as “The Plough”) and animals (The Swan being very popular), but every once in a while you’ll see a pub whose name defies explanation.  Not even in English legend and fable have such creatures as the Red Stag, Green Dragon or Flying Hippopotamus existed, so you have to surmise that they were named for the figments of an inebriated state. Among the most unique pub names documented are The Bucket of Blood, The Cock and Bottle and The Leg of Mutton and Cauliflower.  Among the most common pub names in England is the Fox and Hound. When we lived in England, we came across seemingly dozens of pubs by that rather unimaginative name.

None, as far as we know, are affiliated with the inauthentic and overstated American corporate concept version of a British pub. Managed by the Fox and Hound Restaurant Group, there are currently more than 50 Fox and Hound restaurants across America.  The corporate cabal obviously goes for a masculine ambience that features dark wood accents, subdued lighting, polished brass, hunter green and burgundy walls along with embroidered chairs and booths. The restaurant is divided into three large rooms, the central focal point being the bar. Two side rooms are partitioned from the bar by etched glass. The side rooms are where you will find the billiard tables.

Televisions are strategically positioned throughout the restaurant, most tuned to ESPN or other sports channels. You might not, however, be able to hear the game of the week over the noisy din of the music being piped in through the sound system or from the patrons as they root, root, root for the old ball game.  Bona fide Anglophiles, we’ve never felt “magically transported” to jolly old England during any of our visits to the Fox and Hound, but it does give us an opportunity to recount our many wonderful pub experiences at our former home. That includes comparing our favorite “pub grub” with the menu offerings at this Americanized pub.

Blistered onion salsa and chips is something we never had at any pub in England. The salsa isn’t especially piquant and has a slightly sweet and smoky taste that (forgive the blasphemy) reminds me (vaguely) of the salsa served at the Coyote Cafe’s Rooftop Cantina. The “rainbow” (yellow and red) chips served with the salsa are light and crispy, but substantial enough to scoop out generous amounts of salsa. I’m surprised at how much I actually like the salsa. It’s better than what you might find in half the New Mexican restaurants in town.For a pittance you can also order a ramekin of con queso. It’s actually flecked by piquant bits of jalapeno and isn’t runny and creamy like inferior con queso tends to be. Finish it quickly or it will coagulate once it cools off a bit.

Another Fox and Hound offering that has surprisingly captured my fancy are the baby back ribs which are available in either the “real hungry” (full rack) or “hungry” (half rack) portion size. The baby back ribs are seasoned with 12 spices and slow cooked over hickory long enough for the meat to fall off the bones. The meat is tangy, tender and delicious–as good, dare I admit, as the ribs at many a barbecue restaurant in town. The sauce is practically lacquered onto the ribs, but it’s a nice blend of sweet and savory. Sides of baked beans and coleslaw are also barbecue restaurant worthy.

If you’re in the mood for something less messy, try one of the Fox and Hound’s specialty sandwiches. The Campfire Pot Roast Sliders are an excellent option. The menu describes the three sliders as “slow-cooked boneless beef short ribs served on toasted potato buns with sauteed onions, fried onion straws and a 30-spice barbecue sauce.” The beef is as tender as a mother’s love for her first born while the crispy onion straws serve as a perfect foil and complement. The barbecue sauce is applied lightly enough to serve as a flavor ameliorant and not strong enough to dominate the sandwich.

Most sandwich offerings are served with Texas fries, about which the nicest thing I can say is they should be sent back to the Lone Star state. They’re typical of most Texas fries–bland and boring.

Dessert options include an excellent peanut butter ice cream cake drizzled with powdered sugar and dripping with melted chocolate. It’s easily big enough to share though it may start a tiff at the table as you vie for the pie crust which I believe is embedded with pieces of Reeses peanut butter candy. The cake is served cold, but not so much so that you can’t cut into it with your spoon. It’s a terrific dessert.

The Fox and Hound may not remind us of any of the wonderful pubs we frequented during our years in England, but it serves surprisingly good barbecue for a chain and it’s got that peanut butter ice cream cake that’s to dine for.