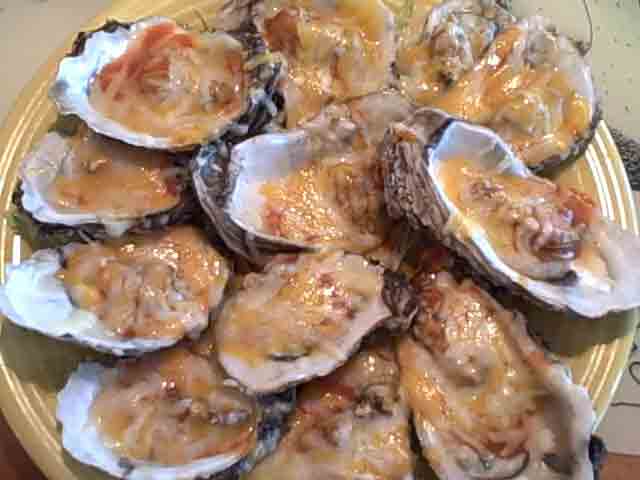 “Forget what you thought you knew about Mexican food!” That should be a cardinal rule for unacculturated diners when traveling to Mexico–or visiting Mariscos Altamar–for the first time. Many of the dishes some Americans commonly believe typify Mexican cooking are either not Mexican at all (chimichangas and fajitas, for example), or are prepared using inauthentic techniques and ingredients (such as “nachos” crafted from melted Velveeta heaped over a dish of corn chips, a recipe I’ve actually seen on a cookbook published by a charity for which I almost withdrew support based on such recipes).

Because Mexico spans several climatic zones and a diverse topography, its cuisine varies from region to region.  The favorite foods of the Mexican coast may not even be available further inland.  Inland foods may not be as commonly served on the coasts.  Ah, those coasts!  Mexico’s beautiful and varied coastal waters are not only pristine in their azure purity, they yield an abundant and unsurpassed assortment of deliciously prepared delicacies from the sea.

When Hector Hernandez moved to Albuquerque from Ronald Reagan country (Orange County, California), it didn’t take him long to determine that the Duke City restaurant scene lacked traditional Mexican seafood (mariscos) restaurants–the type you might find in Guanajuato or Mazatlan, Mexico.  He filled that niche market with Mariscos Altamar (literally seafood from the high seas), originally situated in the Volcano Plaza, a nondescript strip mall.

With only 18 tables, the strip mall location just wasn’t big enough to hold the oceans of flavorful seafood prepared in his restaurant and in 2005, Mariscos Altamar relocated to a much larger, more modern and more attractive and accommodating edifice.  Throngs of diners, about a third of the men wearing Cowboy hats and snakeskin belt buckles and boots, are easily accommodated in the well-lighted, spacious and comfortable restaurant though at peak times, lines may snake out the door.  It’s especially popular on the weekend lunch hour when the soothing musical stylings of a crooning guitarist fill the dining room with music and even more boisterous when mariachis sing on weekend evenings.

Colorful murals of the bounty of the sea festoon the walls.  Under glass in each table are hand-drawn prints of the trappings of Aztec life–molcajetes for grinding corn, platters of fish, and more.  Even the menu is colorful–as in vivid plastic menus complete with photographs of the entrees with descriptions in both English and Spanish.  You’ll be well attended by a very accommodating wait staff almost as fluid in English as they are in Spanish.  Some, such as Margarita (pictured far below) are so friendly and helpful that you might be tempted to ask them to join you at your table.

Two types of salsa are brought to your table shortly after you’re seated.  A watery red salsa is replete with flavor but not very piquant while a green chile salsa might open your nasal passages with its hearty hot bouquet.  The chips are crispy, fresh and altogether nearly impossible to stop eating.  Both chips and salsa are faithfully replenished.

The flautitas combo platter is a popular appetizer that features small flour tortillas filled with chicken or shredded beef, rolled and fried to a golden brown hue.  Served with guacamole and sour cream, they are great for sharing.  Save room for Marisco’s cocktails, all served in their juices with pico de gallo and avocado.  The best of the appetizer array might be Tostada de Ceviche, a deep-fried corn tortilla topped with a layer of guacamole then piled high with shrimp, fish and snow crab.  It’s garnished with sliced, fresh avocados.  Drizzle on some lime, close your eyes and you’ll swear you’re sitting on a pearlescent sandy beach.

Another excellent appetizer is the restaurant’s queso fundido, a dish of melted cheese…or more specifically two kinds of melted cheese.  Mariscos Altamar uses a white and yellow Cheddar cheese blend which you can have “natural” or with chorizo.  Hot oozing cheese goes so well with corn or flour tortillas.  It’s always a fun and delicious adventure to scoop up cheese which will stretch from the bowl all the way to your mouth.

A worthy successor to the ceviche is Mariscos Altamar’s specialty plate, a prodigious platter featuring four kinds of seafood: fish, shrimp, octopus and snow crab sautéed with pico de gallo and served with your choice of corn or flour tortillas, guacamole and rice.  The tortillas are served warm and stand ready to be stuffed like a taco with your well-seasoned seafood bounty.  Squeeze some lime and maybe add a bit of salsa on the seafood tacos you’ve just crafted and with a little imagination you’re in Mazatlan.

Not even in Mazatlan might you find Ostiones flamedos (flamed oysters)–at least in the manner prepared at Marisccos Altamar.  This seems to be a specialty of the house, but if there is any actual flaming done, it must be back in the kitchen because an order of a half or full dozen on the half-shell arrives at your table with nary a hint that they’ve been subjected to an intense flame.  These oysters are sauteed with butter and topped with a melted cheese, but even at that, they arrive at your table more lukewarm than hot.  Perhaps the “flaming” has to do with the spicy sauce somewhat reminiscent of the sauce used in oyster shooters, but not quite as incendiary.

AskMen.com calls oysters “the cliche of all aphrodisiac foods” for their high zinc content (zinc controls progesterone levels, which have a positive effect on the libido).  I’m inclined to believe that attribution is for oysters at their essence of purity–slippery, on the half-shell and served over crushed ice.  Served warm and especially with gooey, melted cheese obfuscates the natural sea-saltiness some aficionados say make them “taste like the sea.”

A more traditional way to eat oysters Mexican style is in triumvirate with shrimp and octopus as part of a Campechano Cocktail.  This seafood cocktail, a pescatorian feast sure to please, is served in a huge glass with onion, tomato, cilantro, avocado and sundry spices.  It’s a cold cocktail served with slices of lime, crackers and a couple bottles of flavorful fire in the form of Cholula Mexican hot sauce.  You can add as little or as much of this liquid fire as you’d like.

For something served hot and soothing, there’s nothing like Mexican soup, as much a comfort food in the land of Montezuma as it is in the United States. The caldo siete mares (literally seven seas soup) features seven types of seafood (including fish, clams, crab and squid) and is served in a swimming pool-sized bowl.  At many other restaurants this is a dish in dire need of desalinization, but at Mariscos Altamar, it’s salted just right.  It’s also hearty and filling.  Arriving at your table steaming hot, the caldo siete mares is wonderful year-round, but is especially satisfying on cold days.

Pescatorian delights include mojarra served several different ways.  Mojarra, a prominent fish on mariscos menus throughout Latin American, is a name given various species of fish, including tilapia.  At Mariscos Altamar, the mojarra is served whole–head to tail–and is deeply (maybe overly so) fried.  The garlic mojarra with mushrooms is crisp and a bit dry on the outside, but penetrate that gruff exterior with a fork and you’re rewarded with a firm-fleshed white fish complemented very well by the garlic-mushroom topping (which would be even better using freshly chopped garlic instead of minced garlic out of a jar).  This dish is served with French fries (accompanied by cold ketchup) and rice.

Landlubbers need not feel as if they’ve been left on the dock of the bay.  Meaty options abound for carnivores of all dispositions as well as do Mexican menu standards such as enchiladas, tacos, chile rellenos and burritos (none of which are adorned with Velveeta).  The menu includes a section dedicated solely to steaks and no pedestrian slabs are these.  They include the charbroiled and marinated Tampiquena Steak; the Steak A La Duranguense, a grilled top sirloin topped with a roasted Anaheim chile; Steak Milanesa, a steak breaded in a house specialty mix and even a traditional grilled New York steak, albeit one served with mushroom sauce.

The least “adventurous” steak is the Carne Asada (pictured above), a simple steak garnished with guacamole and pico de gallo.  Simple, in this case, doesn’t mean flavorless nor does the thinness of this slab of beef signify a penurious portion.  This is a very tasty, surprisingly tender steak.  Even though it is perhaps not even a half-inch thick, this slab spreads out to about ten ounces of meat.

All steak plates are served with rice, beans and your choice of tortillas (corn or flour).  The accommodating wait staff will even let you substitute a baked potato for rice and beans if you ask nicely.   You’ll want to ask.  With apologies to the Irish, no one bakes a potato like a Mexican and Mariscos Altamar does it better than just about anybody.  These are not puny, wrinkly potatoes.  They’re about half the size of a football, baked to absolute perfection and just dripping in real butter.

One of the restaurant’s most popular and unique desserts is akin to a cheesecake chimichanga.  Creamy cheesecake (we had  banana caramel) is wrapped in a pastry tortilla which is then fried until flaky and golden then dusted with cinnamon and sugar.  It’s served with strawberry and vanilla ice cream and is as rich and refreshing as any dessert we’ve had at any Mexican restaurant.

In its annual Food and Wine issue for 2013, Albuquerque The Magazine‘s staff sampled “every dish of nachos in the city” and selected Marisco Altamar’s nachos as the tenth best in the city.  The magazine praised these nachos for making its own sour cream in-house, fresh and every day.

A visit to Mariscos Altamar is much less expensive than a trip to the Mexican coast, but with a bit of imagination, you can imagine yourself lounging at a little seaside cabaña with your toes in the powdery sand as you consume a pile of shrimp or an oversized cocktail. Mariscos Altamar will have that effect on you.