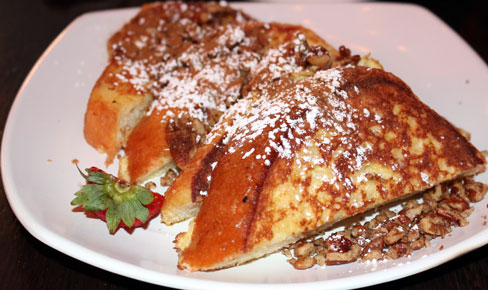 Back in the dark ages when I grew up–long before America became the kinder, gentler Utopia it is today–it would have been inconceivable that boys and girls would receive trophies just for “participating.” Back then, we were expected to be competitive about everything. The battle of the sexes was waged at home every night with my brothers and I pitting our brawn and bulk against the brains and gumption of our sisters, two of whom would go on to graduate as valedictorians and all of them much smarter than the recalcitrant Garduño boys.

It rankled us to no end when our sisters reminded us constantly that “boys are made of snips and snails and puppy dog tails'” while they were made of “sugar and spice and everything nice” even as they smashed our toy machine guns (probably in retaliation for us having drawn mustaches on their Barbie dolls before decapitating them). We sure made it challenging for our parents to be as generous with their affection as Dr. Benjamin Spock (the pediatrician, not the Vulcan) had advocated.

Espying the curiously named Cinnamon Sugar & Spice Cafe on Juan Tabo rekindled memories of the “What Are Little Boys Made Of” nursery rhyme and prompted me to reflect on the fact that somewhere between the merciless teasing, nasty name-calling and nefarious feats of brotherly terrorism, my sisters grew up to be beautiful ladies made of sugar, spice and everything nice. It took my brothers and I a bit longer to grow up, but then our sisters did remind us often that girls mature three years faster than boys.

Though I often revert to the snips and snails and puppy dogs’ tails of my boyish youth, the sugar and spice and everything nice influence of my bride of three decades has made me more cultured and ostensibly more mature. My former traits rear themselves, however, when we enter a new restaurant such as the Cinnamon Sugar & Spice Cafe and my eyes fixate immediately and exclusively on the menu. My Kim noticed everything about Cinnamon Sugar & Spice right away: the bouncy terriers on the dog-friendly patio, the bright sunshine entering through the east-facing windows, the kitchen utensils and bric-a-brack for sale, the dishes on which dainty delicacies are presented… Those details didn’t warrant my attention until our order had been placed.

It was then, and only then, that I noticed just how crowded the café was. Almost every table was taken even as throngs of diners queued almost reverentially past glass pastry cases showcasing cakes, pies, cookies, baklava and other sweet, decadent temptresses. Eyes that weren’t hypnotically drawn toward those pastries were locked on the nattily inscribed menu, a luscious line-up of American, New Mexican and even Greek breakfast and lunch favorites. The café is so bright, open and capacious you’ll find it hard to believe this same space was once home to DaVinci’s Gourmet Pizza which seemed so diminutive in comparison.

If you’re wondering why you may not have espied the Cinnamon Sugar & Spice Cafe during your travels across the Duke City, it may be because the cafe is ensconced in the Shops @ Mountain Run on Juan Tabo just before it intersects with Eubank. It’s not exactly a bustling thoroughfare and the Cafe is set back a ways from the street. A teeming brunch crowd is certainly confirmation that this Cafe has been discovered and perhaps by more than just the neighborhood.

Launched in 2014, the Cinnamon Sugar & Spice Cafe may be relatively new to Albuquerque, but it’s owned and managed by an experienced and highly regarded staff. Since 2001, owner Kanella (which translates from Greek to “cinnamon”) Chronis and her team have kept Albuquerque’s power-brokers well fed at the Plaza Eatery, a downtown cafe in the shadow of City Hall. In 2011, Albuquerque The Magazine ranked the Eatery’s breakfast burrito as the city’s fifth best, giving it the red and green cred Duke City diners respect most.

It wasn’t Albuquerque’s fifth best breakfast burrito my Kim opted for during our inaugural visit, but the carne adovada burrito. The flavor profile of carne adovada, all those falling apart tender tendrils of porcine perfection, should be melt-in-your-mouth delicate, never overwhelming in piquancy or astringency. Too much Mexican oregano, for example, can embitter carne adovada. That, unfortunately, is what we experienced with the Cafe’s version. Thanks to a dash more spice than warranted, it just didn’t have the light, delicate chile marinated qualities we love in carne adovada.

We long ago stopped deluding ourselves that granola is a healthy alternative to sugary breakfast cereals. Despite the fruits, nuts and whole grains, most restaurant granola is fairly fattening. Its deliciousness, however, sometimes outweighs the extra treadmill miles you’ll have to do to work it off. The housemade honey cinnamon granola at Cinnamon Sugar & Spice Cafe is worth a half marathon at least. It’s layered with your choice of Greek vanilla or Strawberry yogurt (a great option) served with toast and seasonal fresh fruit. Luckily for us, blueberries and strawberries were in season and at the prime of freshness. They enlivened an already excellent granola and yogurt pairing.

The first item on the breakfast menu is “Cin-fully delicious French Toast,” a curious name which makes sense in a literal sense as in you probably don’t want to consume something that’s full of sin, but something “cin-ful” might be palatable. Whether it was that unique spelling or the promise of “thick slices of housemade bread dusted with Saigon cinnamon, topped with brown sugar toasted pecans, served with maple syrup” the menu had us at “sin”…er “cin.” These French Toast live up to their promise with loads of sweetness and richness that no residual savoriness in the pecans could hope to penetrate. For the lust with which we enjoyed these French toast, our penance will be five Hail Cinnamons.

Like my three wonderful sisters, Cinnamon Sugar & Spice Cafe is made of everything nice.