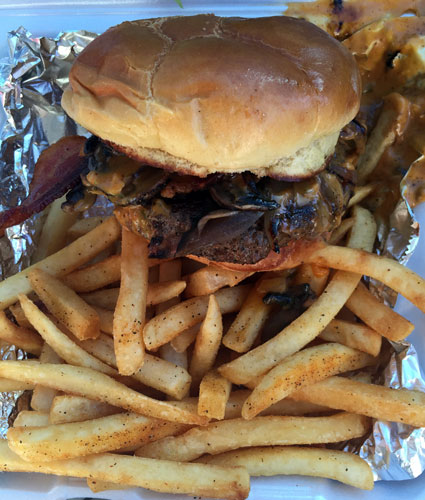 Such was my bumpkinly naivete that my virgin ears weren’t subjected to a “yo mama” joke until shortly after my 19th birthday. The site was the Non-Commissioned Officer’s club at Royal Air Force (RAF) Upper Heyford in England. The event was an irreverent ninety-minute show featuring brazen comedian Redd Foxx whose explicit brand of humor both shocked and thrilled the American-culture-starved audience. Foxx’s repertoire included lampooning nearly every ethnic group in the audience, invective-laden raunchiness that would make a stripper blush and a unique take on virtually every social taboo of the time. It was truly the antithesis of political correctness. Still, it was the “yo mama” jokes that shocked me most. As an unabashed mama’s boy, it rankled me that anyone would mock the sacred institution of motherhood

Subsequent research revealed that “yo mama” jokes have been fashionable almost since time immemorial. Several sources confirm that the oldest “yo mama” joke is approximately 3,500 years old. The progenitor to Redd Foxx was a student in ancient Babylon who inscribed six riddles on a tablet. Although the riddles lose much in translation, one of them certainly poked fun at the promiscuous proclivities of someone’s mother. After Stephen Colbert failed to decipher it, I consulted my friend Schuyler, an amateur anthropologist, for his interpretation. His analysis: “in terms of syntax and clarity it resembles some of Bob of the Village People’s comments on this blog. Isn’t Bob of Babble-on-and-on-ian descent?”

It wasn’t a “yo mama” joke my friend Carlos shared when recommending a relatively new restaurant in Socorro. He swore Yo Mama was the real thing, as good a restaurant as you’ll find in Socorro county which has in recent years become the domicile of delicious burgers. Yelp readers gave it mostly four and five (out of five) stars. As for the name, owners Diedra and Jason Vinson believe “the name just feels good,” and that “you can’t stay angry when you say ‘Let’s go eat at Yo Mama’s.” The Vinsons opened Yo Mama’s Grill in July, 2015, the culmination of nearly two decades working toward the goal of owning their own restaurant.

Situated on heavily-trafficked California Street, Yo Mama’s Grill is just a mile off Interstate 25 and operates out of the Economy Inn. Open for lunch and dinner, it features a rather ambitious menu that belies any stereotype you might have about a restaurant named Yo Mama’s. In addition to burgers and sandwiches, the menu offers several steaks, all hand-cut in-house from USDA choice aged beef. A number of seafood and chicken dishes also festoon the menu along with soups, salads and a Mud Pie (Oreo cookie crust, coffee ice cream, and fudge topping topped with whipped cream and toasted almonds) reputed to be worth the drive from Albuquerque.

All burgers are served with your choice of housemade potato chips or French fries, and are adorned with lettuce, tomato, pickle, and onion. For a pittance you can add cheese, bacon, green chile, avocado, onions or mushrooms. Constructed with an eight-ounce beef patty, they’re the type of burgers that in a short time have made Yo Mama’s Grill a local favorite and in time, perhaps a dining destination. The Harvester Burger (queso, grilled onions, mushrooms, and bacon) certainly warrants a visit or ten. Though we’ve had mushroom as a topping on many burgers, none have been as suffused with umami, that savory taste sensation that ingratiates itself upon taste buds. In combination with queso, grilled onions and bacon, this is one of the most memorable burgers we shared in 2015.

My Kim will opt for a patty melt over a burger seven times out of ten, but that’s about the ratio of her disappointment with the patty melts she’s ordered. Yo mama’s version stacks up with the best she’s had in New Mexico. This patty melt (hamburger, sautéed onions, mushrooms, bacon, and Swiss cheese served on toasted rye bread) doesn’t just leave well enough alone. With the addition of mushrooms and bacon, it takes a standard patty melt and elevates it to rarefied status. The lightly toasted light rye bread is the perfect canvas for a genuinely terrific patty melt. The housemade potato chips are a wonderful accompaniment, much better than the blase fries.

Redd Foxx would probably not have found anything disparaging to say about Yo Mama’s Grill. He would have been too busy enjoying his meal.