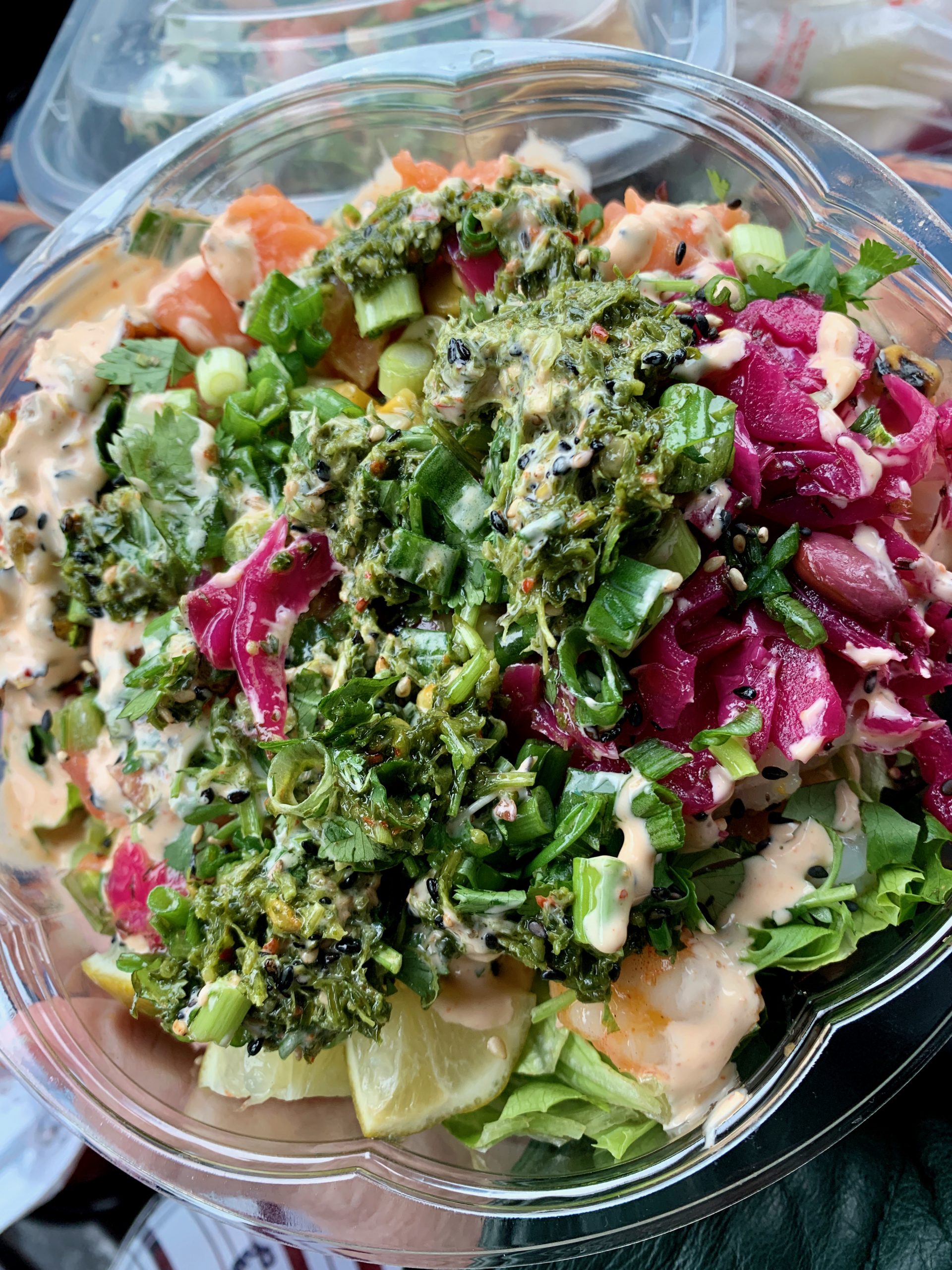 Having settled comfortably into middle age (perpetually 39-years old), my favorite participatory sports of basketball and tennis have been replaced by more sedentary, safe and slothful pursuits. Instead of getting my shot rejected (almost as often as the cheerleaders in Peñasco spurned my offers of a burger at Victor’s Drive-in), I now delight in catching every grammatical faux pas, malapropism and inaccuracy uttered by the media–not a difficult challenge since the legendary and near infallible anchor Dick Knipfing retired.

Instead of double-faulting on my serve eighteen times in a row, it’s answering questions which stump Jeopardy contestants that now gets my adrenaline pumping. Alas, as a fogey who believes music died in the 70s pop culture questions are my downfall.   I could not, for example, answer a question about Hollywood heartthrob Ryan Gosling but count among my very favorite people, the Albuquerque Adonis, Ryan “Break the Chain” Scott.  Another case in point, “Barney the Purple Dinosaur” was my answer to a recent question about a video game franchise from Japan. The correct answer, of course, was Pokemon. Pokemon? I could have answered nearly all there is to know about Poke, the Hawaiian culinary craze that’s sweeping the mainland, but had absolutely no clue about this Pokemon creature.

Now let me tell you about Poke. Poke (sometimes spelled “poki” and always pronounced poh-kay) refers to a “chunked” marinated or seasoned raw fish dish that’s been served primarily as an appetizer in Hawaii for centuries. In fact, the Hawaiian term “poke” simply means to “chunk” or to “cut crosswise into pieces,” both aptly descriptive terms for the salad-like preparation of seafood that has been cut into small chunks and marinated. Largely influenced by Asian flavors and ingredients, poke can be–and is–made with almost any type of seafood and topped with a vast array of garnishes and sauces. As with sushi, the chef’s imagination often determines the composition and diversity of poke.

In Hawaii, poke is a ubiquitous comfort food, served in venues ranging from surf shacks to gourmet restaurants. The advent of poke’s popularity across the fruited plain can be attributed to our shrinking world and the popularity of Hawaii as a travel (and increasingly, a dining) destination. It’s only natural that enterprising chefs who fall in love with poke during forays to the island paradise would want to share this pescetarian phenomenon with their own customers. It may be an overstatement to say these chefs have reshaped the American mainland’s culinary culture, but it’s safe to say they may have introduced its most exciting new food trend in recent memory. Sushi hotbeds such as Los Angeles and San Francisco were among the first to embrace poke, but even landlocked destinations in the heartlands now boast of poke restaurants.

In a recent discussion about food trends, my friend David, an accomplished chef and barista, lamented how often the Duke City is slow to embrace culinary trends that have captured seemingly every other major metropolitan market. He’s very happy to hear Albuquerque isn’t late to the poke party. In May, 2016, Burque celebrated the official grand opening of Poki Poki Cevicheria, an Asian-Latin fusion restaurant specializing in Hawaiian poke bowls with Latin flair and influence. Poki Poki is a family owned enterprise which allows intrepid diners to assemble their own poke bowls in a fashion similar to Chipotle’s assembly line process. Albuquerque’s first Poki Poki Cevicheria was located on Central Avenue in the Brickyard District. Though that location is now closed, there are two others across the Duke City.

If you’re a true foodie, two items on the preceding paragraph probably caught your eye. The first is the inclusion of the term “Cevicheria” on the restaurant’s name. The second is the term “Asian-Latin” fusion. Poki Poki actually takes a creative departure from the standard poke restaurant template by incorporating “Latin” ingredients and flavors with ingredients and flavors rooted in Hawaii. In recent years, when Latin flavors are discussed, it was often hand-in-hand with the name Elvis Bencomo, the brilliant chef-owner of Passion Latin Fusion (sadly now closed). Elvis collaborated on the development of the restaurant’s sauces and chips (more on them later).

Though not a true “cevicheria” as you might find throughout Latin America, Poki Poki, it can be said, is a sushi-meets-ceviche-meets-donburi (Japanese rice bowl dish) restaurant, the first of its kind in Albuquerque. It was difficult to contain my excitement when introducing my friends Larry McGoldrick and Dazzling Deanell to Poki Poki. Larry, the professor with the perspicacious palate, told me he’d “been looking for a restaurant like this for a long time.” Deanell, a culinary bon-vivant who’s probably smarter than Larry and I combined, marveled at how the flavors just popped.

The build-your-own poke bowl concept has five distinct steps: (1) select your bowl (regular, large or unlimited and base (white rice, salad or chips); (2) Go fishing. Choose from albacore tuna, ahi tuna, spicy tuna, salmon or octopus. A regular bowl rewards you with three ounces of your choice, a large bowl with five ounces and an unlimited bowl with seven ounces. (3) Sauce it up. Choose from the house sauce, roasted jalapeno, passion fruit, red pepper, poki sauce, tosa-mi or fusion mayo. Heat ratings for the sauces range from mild to hot. (4) Toppings. With a regular bowl, you can select three toppings; with a large bowl, it’s five toppings and with an unlimited bowl, you can top the bowl until it’s full. (5) Finish it! Elevate its deliciousness with chipotle mayo, spicy mayo, teriyaki sauce, chimichurri or Sriracha.

15 May 2016: Unless or until you understand the flavors resultant from combining ingredients and sauces, you’re probably better off ordering one of Poki Poki’s “Special Bowls,” composed poke bowls ostensibly constructed by restaurant staffers after much delicious trial and effort. Knowing my own gluttonous tendency to overstuff salads with favorite ingredients, often to the detriment of flavor optimization, I opted for the Spicy Bowl during my inaugural visit. With a base that’s half rice and half garlic chips; spicy tuna and salmon; passion fruit; crab, avocado, cucumber, jalapeño, lime, green onion, pico de gallo and furikake (a Japanese seasoning) as toppings with chipotle mayo and Sriracha for sauces, this “better than any sushi roll” poke is an adventure in complementary flavors and textures, an addictively delicious bowl of stuff you probably never thought would be so good together. The fresh, invigorating flavors will imprint themselves on your taste buds and for a while, all you’ll be able to think about is your next poke bowl.

17 May 2016: That next poke bowl transpired two days after my inaugural visit with the Hawaiian Bowl gracing my table. This beauteous, bounteous bowl with a salad base; salmon, albacore and octopus; fusion mayo; a boatload of toppings (crab, avocado, seaweed salad, cucumber, pineapple, mango salsa, edamame, masago, ginger, sesame seeds and furikaki) and a teriyaki sauce is the antithesis of the Spicy Bowl. Sweet notes are the prominent flavor profile though the sweetness of the teriyaki and the fructose tanginess of the mango salsa and pineapple are tempered by savory ingredients. Because New Mexicans like their heat, ask the accommodating staff for some spicy mayo to give this bowl a hint of piquancy that marries well with other flavors.

19 May 2016: The promised fusion qualities are best experienced in the Latin Bowl (white rice, octopus and albacore tuna, roasted jalapeño and red pepper sauce, avocado, jalapeño, plantain chips, lime, pico de gallo, green onion, cilantro and sesame seeds with a chimichurri dressing). All too often in New Mexico, Latin fusion means an insistence in using New Mexican green chile. Wonderful as it is, green chile isn’t missed on the Latin Bowl which has plenty of other delicious heat generating ingredients. With lime slices, you’re free to impart citrusy flavors to the albacore and octopus a la ceviche mixto, the popular Mexican restaurant offering. The plantain chips as with the restaurant’s yam chips and garlic chips provide a textural contrast and delightful flavor complement to other ingredients.

29 July 2016: Since introducing my friend Bill Resnik to Poki Poki, it’s become a regular lunch destination for him. He long ago graduated from ordering the prefab bowls and has been masterfully concocting his own creations. A mathematician who graduated from the New Mexico Institute of Technology, Bill has an engineer’s mind with a mad scientist’s whimsy. To see him point out ingredient combinations is to watch mad science or abstract art in action. It’s not just “give me some of this and some of that.” In his mind’s eye, he can actually taste what the intricate flavor combinations will be. That’s why when we celebrated his birthday at Poki Poki, my instructions to our server were “just give me exactly what he’s having.” Essentially, it was a melange of vegetables, seafood and sauces in complementary proportion to each other. Alas, I probably wouldn’t be able to duplicate his masterpiece precisely, but should be able to create deliciousness on my own. So can you!

12 December 2020:  For the “spicy ceviche lover,’ Poki Poki offers the 505 Bowl (a base of white rice and salad; salmon, tomatillo ceviche and shrimp as your proteins; roasted jalapeno and passion fruit as your sauces; and a toppings cornucopia of pickled cabbage, pico de gallo, jalapeno corn, green onions, cilantro, lime, green chile and sesame seeds all topped with two dressings: chimichurri and spicy mayo).  If you the fusion of Latin and Asian flavors with an invigorating kick, you might be asking yourself “where has the 505 Bowl been all my life.”  This is one seriously taste bud and palate pleasing bowl that incorporates piquant elements New Mexicans love with fresh seafood we can’t always get.

12 December 2020: Poki Poki’s “From the Kitchen” menu not only offers an expansive array of appetizers such as dumplings, egg rolls and tacos, but it presents all your favorite bowls (such as the aforementioned 505, Hawaiian and Spicy bowls) and serves them to you seared instead of uncooked.  Among the appetizers are crispy salmon strips, deep-fried planks of pulchritudinous pink-orange salmon served with lime wedges and a chipotle mayo.  These are not the fish sticks out of a box your mom may have served you.  These are lightly-battered, half-inch thick planks of lush meat and skin that crisps and delights.

12 December 2020:  Frayed Passport explains that “Although ceviche’s exact origin is somewhat murky, a fascinating archeological theory indicates that this seafood delicacy originated among the coastal Moche civilization of Peru about 2,000 years ago. The Moche marinated seafood using fermented juice prepared from local banana passionfruit—and later, during the era of the Inca Empire, fish were marinated using an Andean fermented beverage known as chicha. This helps to “cook” the fish without heat.”

Whatever its origin, there’s no denying ceviche has been widely and enthusiastically embraced across the Land of Enchantment.  Poki Poki offers a ceviche tostada (fried corn tortilla with shrimp, pico de gallo and cilantro) that doesn’t subscribe to the Mexican template of “cooking” seafood with citrus juices.  Instead, the shrimp acquires its punch from pico de gallo and cilantro.  It’s served in a bowl-shaped tostada which actually makes it easier to scoop out fresh shrimp than the traditional flat tostada does.  You can also use the accompanying chips to scoop up mounds of the ceviche.

The Poki Poki Cevicheria is so good, so radically different, so welcome that you just may do the Hokey Poki dance to celebrate finishing your first poke bowl even as you anxiously await your next.