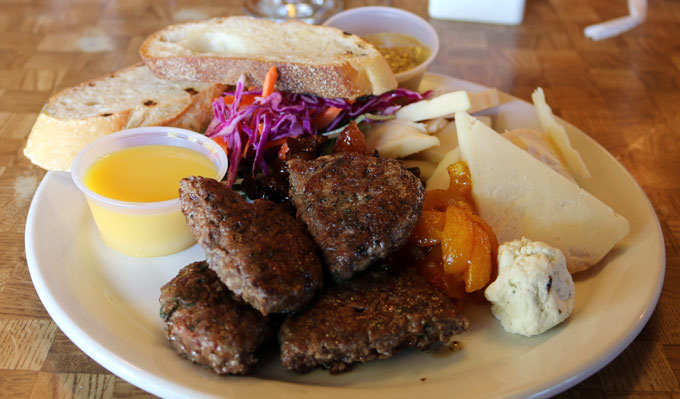 Having served as a judge at many competitive culinary events, it’s always baffled me just how much disparity there usually is between the judges’ choices and the people’s choices. In almost a decade of having had the privilege of judging at the Roadrunner Food Bank’s annual Souperbowl event in Albuquerque, for example, there’s only been one instance in which judges and the general public agreed on the winning soup. That transpired in 2015 when the Ranchers Club of New Mexico‘s Chimayo Red Chile Pork was a consensus “best in show.” More often than not, few (if any) of the top three soups in the judges’ estimation show up among the people’s top three choices. It’s the same in virtually every culinary competition in which you’ve got judges’ choice and people’s choice awards.

So, why the significant difference of opinion? The easy answer is that judges have some level of experience judging food, maybe more refined palates than the general public and perhaps even a modicum of culinary training. Based on my experience, however, judges are often a mix of culinary experts (usually critics) and local celebrities (usually media and public officials), all with varied levels of experience and culinary expertise. We tend to see ourselves as everyday Joes and Janes trying to give every item placed before us a fair assessment, usually following some prescribed criteria such as taste, appearance, texture and creativity. None of us see ourselves as food snobs or as culinary elitists. Our greatest commonality is a love of eating and a love of getting involved in worthy causes.

While sweeping the judges’ choice and people’s choice honors on the same year may be as rare as a Subaru in Santa Fe sporting an NRA sticker, every so often you’ll find a restaurant which earns a nod from the judges one year then earns people’s choice accolades another year. Albuquerque’s Artichoke Cafe has done it (People’s Choice in 2012 and Judges’ Choice in 2014, both at the Souperbowl). So has the Second Street Brewery in Santa Fe…and we’re not talking “people’s choice stout” or “judges’ choice lager” here though the Brewery has earned many accolades for its adult beverages. Second Street Brewery isn’t only about beer. As judges and people can attest, this brewery’s chefs can really cook, in 2014 earning judges’ choice in Santa Fe’s Green Chile Cheeseburger Smackdown. Two years later, the Brewery earned people’s choice for the aptly named plate lickin’ chile cheeseburger.

If you’re wondering if the Second Street Brewery is a one-trick-pony, specializing solely in award winning burgers (though that should be enough), you’re in good company. Despite accolades for their prowess with New Mexico’s sacrosanct green chile cheeseburgers, we resisted visiting…or more accurately resisted getting to Santa Fe at eleven when the restaurant opens. On more than one occasion we arrived after noon only to discover every parking spot within a quarter mile already taken. Surely, we wondered, they couldn’t all be all there for beer, great as it might be. Our inaugural visit bore out that as a dining destination, the Second Street Brewery belongs on every serious foodie’s list of “gotta go” restaurants!

When it launched in 1996, the Second Street Brewery envisioned “providing fresh beer to serve by the pint to a loyal, local clientele. In addition, we wanted to provide just the right atmosphere and food to enjoy along with that pint.” Though that statement could be perceived as food being an afterthought, the reality is a menu well thought out with an unpretentious array of high-quality pub grub. There’s really only two entrees (Northern New Mexico Style Enchiladas and a Railyard Chile Philly) featuring New Mexican chile, but chile does play a part on lighter fare such as mustard, croutons, mac and cheese, grits, hand-cut fries, green chile stew and even Texas toast. Burgers, sandwiches and wraps are the primary featured far, but the menu also includes a number of sumptuous salads and a wider variety of appetizers than most restaurants carry.

As much as we wanted to try the award-winning green chile cheeseburger, the greater impetus for our visit to the Second Street Brewery was the New Mexico Farmer’s Plate, an embarrassment of riches for one, a shared treasure for two: fresh lamb sausage, handmade New Mexico cheeses, house made chutneys, local sprout salad, with a side of citrus vinaigrette and toast. The lamb sausage comes from Naturally New Mexico, a family processing plant which produces arguably the best lamb and beef in New Mexico. Naturally New Mexico “grain finishes” its lamb with barley from Second Street’s brewing process. The flavor is telling, as luscious and delicious as any sausage you’ll find. It’s terrific on its own or dipped into the green chile mustard. New Mexico cheeses–Stout gouda, smoked gouda and goat cheese–are a highlight, particularly when paired with the chutneys, apricot-tomato and raisin. The little sprout salad with citrus vinaigrette is a bit of a tease–not nearly big enough for even one and so good you won’t want to share it.

You can, however, share the side salad which is available for a pittance when you order a sandwich, burger or wrap. At the Second Street Brewery, a pittance (two dollars as of this writing) will get you a lot of salad, more than you’ll get for thrice the price elsewhere and it’s of excellent quality. This haystack-sized salad is composed of mixed greens, shaved carrots, grape tomatoes, goat cheese, beets and your choice of salad dressings: bleu cheese, bleu cheese vinaigrette, jalapeño ginger tahini, balsamic vinaigrette, citrus vinaigrette, chipotle Caesar and ranch. Pity the Francophobes who won’t order bleu cheese because of its “Frenchified” spelling. This is an excellent bleu cheese–pungent, sharp, rich and wholly delicious.

Sandwich side choices at no additional charge include Idaho potato chips, chile seasoned hand-cut fries, sweet potato waffle fries and coleslaw. For an extra charge, you can have beer-battered onion rings, a Caesar salad, chile cheese fries or the aforementioned side salad. Should you choose a build-your-own-burger (half-pound grilled black Angus patty or veggie patty), you can have it topped with American, Tucumcari mild white Cheddar, Tucumcari feta, provolone, Swiss, Chevre, Wisconsin Bleu cheese or Wisconsin chile-Jack. Also available is a buffalo burger constructed from all-natural, hormone and antibiotic-free six-ounce ground LaMonte buffalo patty on a cornmeal dusted baked Kaiser. Ostensibly all are very good, but we wanted to taste people’s choice certified greatness.

That would be the aptly named “Fatty Burger” which truly lives up to its name (renamed since the Smackdown). Picture if you will a skyscraper tall, “single decker” burger constructed from an all-natural and hormone-free Harris ranch beef patty stuffed with good, old-fashioned American cheese topped with Hatch green chile and three slices of Farmland bacon served on a locally baked Fano brioche bun. This burger comes with a warning and it has nothing to do with the caloric over achievement. The warning reads “since this is a stuffed burger, we do not take the temperature on this burger. Per the chef’s request, this burger must be cooked through thoroughly.” Despite being prepared to those specifications, it’s a moist and juicy burger impregnated with flavor. Smooshing this behemoth down is the only way it’ll fit in your mouth, but it also squeezes out the molten cheese. Though a messy, multi-napkin challenge to eat, this is a magnificent burger!

It’s a challenge to imagine a sandwich as tasty as the Habanero-Citrus Pulled Pork Sandwich (slow-roasted pulled pork topped with habanero-citrus BBQ, creamy coleslaw and pickled onion on locally baked baguettini). Habanero may be renowned for its incendiary heat, but it’s also got serious flavor with delightful citrus notes. The Habanero-Citrus BBQ sauce is so mouth-watering it should be bottled and sold. It’s one of the best barbecue sauces we’ve enjoyed in quite a while. The creamy, tangy, tasty coleslaw has a cooling effect that goes oh so well with the tender tendrils of pulled pork as do the pickled onions. This sandwich goes well with the housemade potato chips and at least one Bario Brinery pickles. What makes these pickles so unique is that they’re brined in salt, not vinegar. That means more cucumber flavor and more freshness.

Judges and people alike would certainly agree that the Second Street Brewery warrants every award it’s earned over the years. Just get there early or you might not find a nearby place to park.