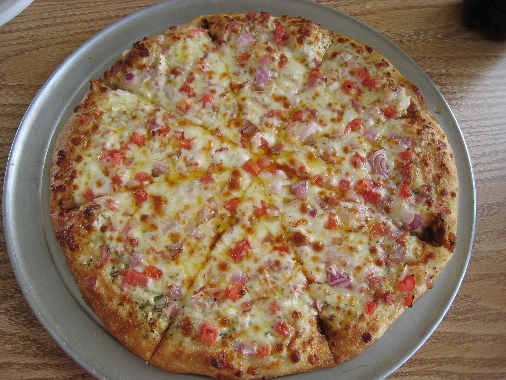 There may have been no more amusing (or, tragically, accurate) depiction of the “meat market” that was the dating scene in the 1970s than a recurring Saturday Night Live skit about two wild and crazy guys named George and Yortuk Festrunk. The Czech brothers, portrayed brilliantly by Steve Martin and Dan Akroyd, dressed in tight pants and loud, unbuttoned polyester shirts with medallions singing over their chests. They lived for “swinging” in their bachelor pad.  The hedonistic Festrunk brothers especially loved to cruise the fox bar in pursuit of swinging foxes who might just have the hots-on for them and who might let them hold on to their big American breasts. In their minds, there was no other pair of Czech brothers who cruised and swung as successfully in their tight slacks which gave them great bulges.

It’s hard to believe that in the 70s, “foxes” was a term not used exclusively to describe a carnivorous animal. It was also used as a not always endearing and almost always sexist term for very attractive women. Though I don’t keep up with contemporary vernacular, I believe the modern day equivalent is “hottie.” Alas, at my age, “cruising for foxes” now has an entirely different meaning–as in driving my “sensible” married and adult car over to Fox’s Pizza Den for lunch or dinner (so long as it’s well before my 10PM bedtime).

Fox’s Pizza is an example of the American entrepreneurial spirit gone right. Founded in the Pittsburgh area in March, 1971, Fox’s was voted 1993’s “best pizza franchise” by the National Pizza and Pasta Association and is consistently ranked as one of America’s “best pizza and sandwich franchises” by Entrepreneur and Pizza Today magazines. It’s the sixth largest pizza franchise in the United States.  So why haven’t you ever heard of Fox’s Pizza? That’s probably because Albuquerque’s sole franchise is ensconced in a small shopping center on a road less traveled. Unless you live in Albuquerque’s far west side and Golf Course and Irving are part of your daily commute, you’ve probably never seen or heard of it. There are several apartment complexes in the area and many of their residents certainly know about this burgeoning chain.

Chain. Yes, I admit to having broken my own personal edict about not eating at chain restaurants, most of whom I consider a blight (or carbuncle if you prefer) on the landscape. My first visit was by accident (thinking it was a local restaurant), but subsequent visits have been by design. I generally will visit chain restaurants only if they offer a “niche” product, something you can’t find anywhere else. Fox’s pizza does this. Not only that, the product on the marquee is pretty darn good–far better than Pizza Hut, Dominos, Papa John’s and the like.

At its most elemental form, pizza is about bread, sauce and sundry ingredients which top the crusty canvas. Despite being slightly stiff (it’s not the type of pizza you fold vertically as you would in New York), Fox’s pizza crust is chewy, buttery and delicious. It’s so good you might even devour the crust at the top which many people don’t ever eat. The crust is neither too thin nor too thick and it has just a slight char. Fox’s uses 100 percent real Mozzarella with no preservatives added. It makes a huge difference in the taste. The sauce has fresh, herbaceous qualities and is seasoned very well. It’s wholly unlike the bland and boring sauce used by competitors. Ingredients are fresh and plentiful.

The menu includes a vast array of options from pizza to wings, hoagies, stromboli and salads to an impressive number of sides. In the pizza department, you can have a traditional pie topped your way or you can opt instead for one of the gourmet pizza offerings. Pizzas range in size from small to extra large. From among the gourmet pizza menu, Fox’s offers a white garlic pizza, the likes of which are commonplace in the East Coast. This is pizza without tomato sauce and there’s no doubt, the recipe for Fox’s rendition had its genesis in America’s East. On this pizza, the crusty canvas is adorned with a rich garlic butter sauce and plenty of Parmesan and olfactory arousing oregano plus any other ingredients you might deem necessary to add. Great as it is, you won’t miss the traditional pizza sauce.

The “niche” I mentioned previously is a wonderful sandwich offering called a “Wedgie,” a term which in the 70s represented a demeaning prank in which a victim’s underpants were pulled up sharply from behind in order to wedge the underpants uncomfortably between the victim’s buttocks ( worse was the atomic wedgie in which the rear waistband was hoisted up and over the recipient’s head).  Thankfully Fox’s Wedgie has nothing to do with cruel wardrobe malfunctions. Wedgies are essentially sandwiches served on a pizza crust instead of a bun. Most pizza crust can’t pull this off, but Fox’s pizza crust can. The Wedgies are very good sandwiches made on nine inches of pizza crust.

My early favorite is the Italian Wedgie–ham, hard salami, cotta salami, melted provolone and mozzarella, green peppers, onions, lettuce, tomato and a gourmet Italian dressing. You can probably find a sandwich in Albuquerque with the same ingredients, but what makes Fox’s version special is that pizza crust. It’s hard-crusted yet soft and pliable enough to really make this unique sandwich work without dominating the sandwich.

There are twelve Wedgies on the menu including a poetic Veggie Wedgie.  The ingredients for each would probably go well on a standard hoagie or sub roll, but probably wouldn’t taste quite as good.  One intriguing option is the Steak Wedgie constructed with several of the ingredients which come standard on many a Philadelphia cheesesteak sandwich: choice sirloin steak, melted Provolone and Mozzarella, sweet peppers, onions, mushrooms, lettuce, tomato and mayo.  Wedgies are cut in half so you can share them.

In time perhaps more Fox’s Pizza Den restaurants will launch in the Duke City. For now, however, if you’re in Albuquerque’s Northwest side and hankering for pizza, cruise on over to Fox’s.