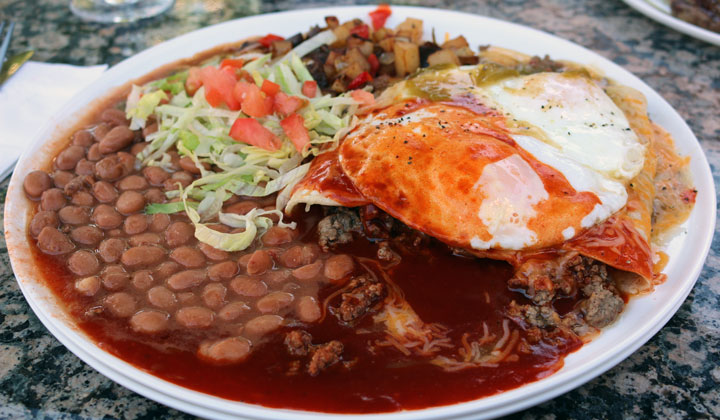 The cover page of the May 20, 2013 edition of Time Magazine depicts a twenty-something woman sprawled on the floor taking a selfie. In large type above the photo is the caption “The Me Me Me Generation” subtitled with “Millennials are lazy, entitled narcissists who still live with their parents.” If you believe the monolithic label “millennial” (typically assigned to a person born between 1981 and 2001) defines all young people and that popular characterizations and stereotypes about millennials are accurate, perhaps you’ll be interested in an oceanfront piece of real estate I’m selling in Arizona. If your perceptions of young people skew toward the negative, let me introduce you to Victoria and Julian Gonzales.

Victoria and Julian are among the 80-million millennials across the fruited plain. As with many millennials, they’re technologically savvy, very civic-minded and conscious of health, environmental and socioeconomic issues. They’re confident and driven. They’ve got exceptional work ethics and value social connectedness very much…and not just online Both are very outgoing and friendly. They’ve had to be. We’ve known Victoria and Julian since they tagged along with their charismatic dad Michael as he launched Café Bella, his then-fledgling coffee empire in Rio Rancho. We’ve watched them grow not only into very accomplished baristas who’ve served me hundreds of red chile mochas, but into extraordinary young adults with good heads on their shoulders. To say we’re very fond of them is an understatement.

Until recently, Victoria, a full-time student at the University of New Mexico somehow managed to put in as many as sixty hours in her two part-time jobs (Café Bella and Joe’s Pasta House). When she moved on to another job, we missed seeing her perpetually smiling face, always effusive greeting and nonpareil ability to prepare the perfect red chile mocha. Fortunately, her new job was as a hostess and server at Café 6855 on North 4th (she has since been promoted to bartender). It’s not much further from Cafe Bella for us and it’s got a capacious, but intimate dog-friendly patio. Our inaugural visit to the Cafe was a happy reunion in that we were well taken care of by Victoria and got to visit with her mom Tiffany and grandmother Mary Ann who were also visiting Cafe 6855 for the first time. It’s easy to see where Victoria and Julian get their good looks and winning personalities (okay, Michael may have had a little to do with that as well).

Cafe 6855 is the sister restaurant to Vernon’s Speakeasy, a highly touted steak restaurant which has garnered local and national recognition as New Mexico’s most romantic restaurant. Its name is derived from its address (6855 4th Street) where it shares space with its elder sibling. More precisely, Cafe 6855 is located in the space which previously housed Prime and before that the Calico Cantina & Cafe. Cafe 6855 is open daily for lunch and serves a fabulous brunch on weekends, but in the evenings and at night, the cafe space and patio become part of Vernon’s. At the Cafe, you can even order Vernon’s steaks at lunch and brunch

Instead of a large menu, Cafe 6855 focuses on a few items and if our inaugural and second experiences are any indication, most items are prepared very well; some, such as the New Mexican food borders on extraordinary. By the way, when you dine al fresco, especially with a dining companion as charming and outgoing as our debonair dachshund Dude, you get to know everyone on the patio. There was consensus among the dozen or so people enjoying the patio as to the high level of deliciousness to which we were all treated. Those of us who ordered the breakfast enchiladas (more on them later) were especially enthralled with our choice. One diner even offered his server a thousand dollar bribe to get the recipe for the chile. It would have been a bargain at that price.

The lunch menu (noting that all items are subject to change and availability) is segmented into four sections: Soups and Side Salads, 6855 Sandwiches, Salads and Cafe Specialties. Then there’s the dozen item brunch menu which features items you might find at other purveyors of eye-opening brunches. In other words, outwardly the menu has no surprises. What is surprising, however, is just how good your meal is prepared. Moreover, there’s enough variety to warrant frequent return visits (that is, if you can get past those breakfast enchiladas).

7 October 2017: There are four salads on the lunch menu, each intriguing in its own way. The most unique offering is the Carolina Chicken Salad (fried chicken, pickled okra and red onion, chopped tomato, shredded cheese, candied bacon and pecans, with romaine tossed with a spicy honey mustard vinaigrette). This is the antithesis of every boring chicken salad you’ve ever had (and I’ll bet most of them were probably constructed with cold chopped chicken). You’ll probably want to pluck the fried chicken out of the salad and eat it on its own, but it goes very well with the other ingredients, perhaps marrying best with the candied bacon and pecans. The spicy honey mustard vinaigrette is slathered on generously, a huge plus.

7 October 2017: In the Land of Enchantment, two ubiquitous breakfast favorites reign supreme and have done so for a long time. New Mexico’s two most beloved—some would say beatified–breakfast items are breakfast burritos and huevos rancheros. Breakfast tacos (not talking here about the Texas-style taquitos at Whataburger) and, perhaps to a lesser extent, breakfast enchiladas have played third and fourth fiddle to their breakfast brethren. Café 6855 may just change your mind about to order for breakfast and brunch. The brunch menu offers the very best breakfast enchilada we’ve ever had, a beauteous behemoth that covers an entire plate.

Picture three rolled enchiladas engorged with your choice of chicken or seasoned ground beef and cheese covered in a blanket of red or (and) green chile and two eggs prepared to your exacting specifications. Trust me, you’re going to want these enchiladas “Christmas” style. Red and green are equally terrific with a nice balance of piquancy (a little too much heat for my Kim) and flavor (sheer lick-the-plate deliciousness). These enchiladas are so good you’ll probably polish them off even though they’ll fill you up halfway through your meal. If you’re going to leave anything on the plate, it’ll probably be the pinto beans which are quite good, but the star of this dish is clearly the enchiladas.

7 October 2018: My Chicago born-and-bred bride of three decades thought she might be disappointed with the brunch entrée of strip steak and eggs, figuring that a fifteen dollar steak could hardly compete with the high priced steaks she’s had at Vernon’s. Okay, so the steak wasn’t prime beef, but it was eight-ounces of well-seasoned, nicely-marbled beef as tender and delicious as we’ve had at several higher priced chop houses. Served atop the steak is an herbaceous compound butter which you can spread onto the beef. It’s a nice touch! The steak is served with two eggs your way, seasoned papas, fresh fruit and toast. The small, cubed papas are a worthy accompaniment though you’ll probably want even more than you’re served.

7 October 2018:  Both lobster bisque and French onion soup are listed on Vernon’s menu as a “signature dish.”  At first glance, my Kim wondered if that signature was counterfeit and our server had delivered tomato soup instead of lobster bisque.  One gander at the photo below and you’ll understand her confusion.  There are several factors that could account for its reddish-orange hue, one, in fact, being the use of a tad too much tomato paste or puree.  Even the color of the shells roasted to make up the stock could account for the color.  Sure, flavor matters more than color and we found this bisque lacking in the flavor department, too.  It’s creamy, buttery and rich but it had only very slight hints of lobster flavor.  Ordinarily you’d expect to see small bits of lobster swimming around the bowl somewhere, but neither of us found any.

7 October 2018:  By description alone, Cafe 6855’s smothered burrito (fresh scrambled eggs, pinto beans, papas, and your choice of spicy ground beef, bacon or sausage, rolled in a flour tortilla, smothered with your choice of red or green chile and melted pepper jack cheese) sounds like any other smothered burrito in Albuquerque.  What distinguishes this one is the chile, especially the red with its nuanced complexities.  Sure, it brings the heat, but where it really delivers is with its earthiness and purity.  It’s an unadulterated chile requiring no amelioration.  Elsewhere, the green chile would be the star.  It, too, has a pleasant piquancy and the sweet notes that remind you chile is technically a fruit.  Forget the ground beef.  Ask for both the bacon and sausage.  Both are high quality porcine products, the type of which you want to wake up to.

It goes without saying that service was flawless with Victoria taking care of our every need and brightening our day with her smiles and charm. Seeing her was the reason we visited Cafe 6855. Outstanding food and service are two of the many reasons we returned and though Victoria wasn’t there, we were still treated like royalty.