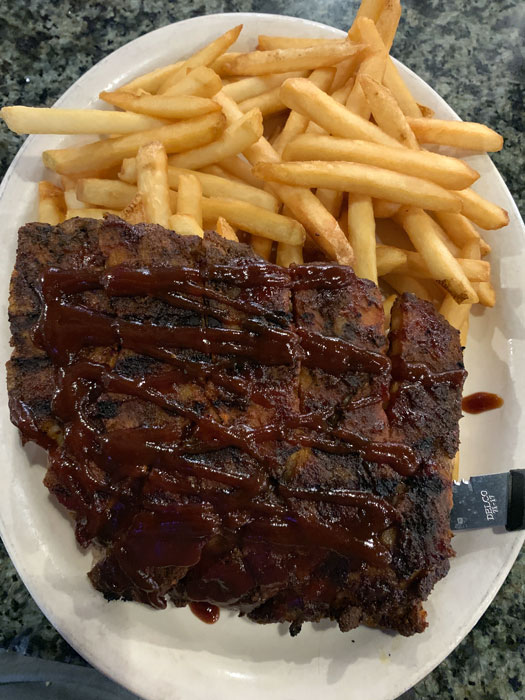 Gallup, New Mexico is a city of dichotomies, contrasts and contradictions.  As recently as the 1990s, Gallup was known as “Drunk Town, USA” after ranking number one across the fruited plain for the number of alcohol-related deaths.  Despite that ignominious distinction, Gallup also boasts of “more millionaires per capita than any other place in the world,” largely on the strength of Native American art.  In 2013, map and atlas publisher Rand McNally named Gallup “America’s Most Patriotic Small Town.” Four years later, Roadsnacks, an online infotainment media declared Gallup the second most dangerous city in New Mexico, a year after the Federal Bureau of Investigations had ranked it number one.

Gallup’s El Rancho Hotel was once called “home of the movie stars” because it served as base camp for more than 100 western movies filmed in the area during the 1930s and 1940s.  Such glitterati as Ronald Reagan, Humphrey Bogart, Mae West, Katherine Hepburn, Kirk Douglas, Lucille Ball and more than 150 others stayed at the Old West style hotel.  Early in his career, Nobel Laureate Bob Dylan falsely claimed he was raised in Gallup.  Celebrities not withstanding, in 2013 New Mexico Magazine published 25 reasons to love Gallup.

Among those 25 reasons is Sammy C’s Rock ‘n’ Sports Pub & Grille which was named one of CNN’s “101 Best Sports Bars in the U.S.”  Sammy C’s is yet another dichotomy–a purveyor of adult beverages in a town with a reputation for not being able to curb its copious consumption.  Our server assured us Sammy C’s is a family-friendly establishment where everyone from serious sports fans to aspiring singers who come to have fun.  Friday nights are karaoke night while live bands or DJs spinning platinum are showcased on Saturdays.  During fall and winter months, corn hole leagues bring locals together.  On Wednesday, patrons enjoy “Rockin’ Bingo” for a chance to win prizes.

Sammy C’s is the brainchild of Gallup entrepreneur Salvatore “Sammy C” Chioda, a local legend who’s owned Gallup’s AM and FM airwaves since the precocious age of fourteen.  Sammy C’s distinctive voice as he excitedly calls sporting events is as much a part of the McKinley County landscape as its Red Rock Balloon Rally.  He’s been collecting sports memorabilia for more than four decades.  His desire to share his collection is in keeping with his civic mindedness.  Sammy C. loves his hometown and takes great pride in the revitalization of the downtown area where his eponymous sports bar is situated.

To call Sammy C’s a mere sports bars is akin to declaring the Mona Lisa just another painting. It’s eleven-thousand square-feet of dining areas, pub, billiard room, bandstand, dance floor and even a coffee bar in which Starbucks is brewed. No matter where you turn at this pantheon of sports and rock, you’ll experience sensory bombardment with signed jerseys under spotlighted glass and signed guitars attached to the wall.  There are some 5,000 pieces of sports and music memorabilia, most autographed. Sports fans enjoy some thirty 42 to 60-inch flat screens in high definition as well as a 90-inch high definition projector screen.   In many ways the vast collection of memorabilia reminds me of a smaller version of the National Basketball Association Hall of Fame in Springfield, Massachusetts.

Among the worthy honorees enshrined at Sammy C’s are several Dallas Cowboys legends including Emmitt Smith, the best running back in the history of the National Football League and Randy “The Manster” White, the most feared defensive tackle in league history.  Also honored are several fabled University of New Mexico and New Mexico State athletes and teams.  Even signed photographs of heralded high school sports figures (such as Jim Hulsman) festoon the walls.  Country crooners such as Kim Carnes, Juice Newton, B .J. Thomas and Rick Trevino have scratched their signatures on framed photographs as well.

You’ll build up an appetite perusing the extensive collection of memorabilia.  To quell your appetite, Sammy C’s website boasts of a varied menu… “offering a variety of Appetizers,….Gallup’s Favorite Wings, ‘Flavor Spun to Perfection’, Southwestern Style Mexican Food with Award Winning New Mexico Green and Red Chili, Half-Pound Burgers and Patty Melts, Fish & Chips, Sizzlin’ Fajitas and Grilled Steaks, New Mexico Dogs, Refreshing Romaine Salads, Homemade Pizzas, Springtime Pasta, and more! Oh Yes, we have Sweet Potato Fries and Kristy’s ‘Wet Fries’. We also have a Kid’s Menu!”  Not only does it all sound inviting, it appears to offer something for everyone.

Because New Mexican entrees, listed under the heading “Mexican League Relievers” are made with cumin (both red and green chile), our choices were more limited than we would have liked.  Chips and salsa were a highlight of our meal.  The salsa has a nice bite though my Kim would argue the acerbic Mexican oregano took away some of the natural sweetness of the tomatoes.  The chips are light, crispy and relatively low in salt.

Unlike the fabled hitters who played America’s national pastime, the half rack of pork ribs slathered in the restaurant’s tangy signature barbecue sauce was not a hit.  From the perspective of a certified Kansas City Barbecue Society judge, the ribs wouldn’t have scored well in taste, appearance and texture, especially the latter.  Pulling the ribs apart was a work-out.  Masticating them exercised our jaws, too.  We would have forgiven the toughness of the ribs had their taste been more agreeable.  More could be said, but you get the point.

Sadly, the ribs were better than the patty melt (sautéed mushrooms, onions, Swiss Cheese) my Kim ordered.  Though it was constructed with two beef patties, both were waifishly thin and desiccated.  A parsimonious portion of mushrooms and onions did very little to add much-needed moistness to this very disappointing sandwich.  Not even the toasted marble rye contributed much.  Kim called the dill pickle slice on her plate the highlight of her meal at Sammy C’s.

The January, 2019 edition of New Mexico Magazine honored Sammy Chioda in a feature entitled “The Pride of Gallup.”  Indeed, he is a legendary local icon with more community pride than most mayors.  We had so hoped our culinary experience at Sammy C’s would be a match for the excitement of spending time in a milieu built by a figure who obviously loves sports.  Though that wasn’t the case, we would certainly return to visit this pantheon of memorabilia.