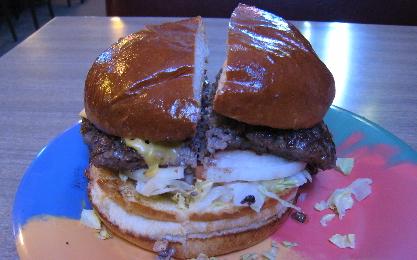 Every year, children of all ages fall in love all over again with the heart-warming 1947 Christmas movie, Miracle on 34th Street. We’re aghast when the district attorney demands that defense lawyer Fred Gailey provide “authoritative proof” that Kris Kringle is “the one and only Santa Claus.” We share Gailey’s seeming desperation when he offers as evidence, a solitary letter addressed to Santa Claus at the NYC Courthouse. We’re enraged when the D.A. retorts that one letter is hardly enough proof, and are proudly vindicated when Gailey has guards march in with huge bags overflowing with letters. We revel in Gailey’s argument, “Your Honor, every one of these letters is addressed to Santa Claus. The Post Office has delivered them. Therefore the Post Office Department, a branch of the Federal Government, recognizes this man, Kris Kringle, to be the one and only Santa Claus.”  We cheer at justice being served when the sympathetic judge, desperate not to be portrayed as the man who found Santa Claus guilty, declares, “Uh, since the United States Government declares this man to be Santa Claus, this court will not dispute it. Case dismissed.”

Authoritative proof! That has been in dispute for years when it comes to where the first hamburger was served in America more than a century ago. The Library of Congress recognizes Louis Lunch in New Haven, Connecticut as the restaurant which created America’s very first hamburger and who am I to argue with such an authoritative source.  In 1900 when Louis Lassen first ground up beef, grilled it and served it between two slices of bread, he had no idea his new creation would become a national obsession for Americans–13 billion burgers according to one source and three hamburgers per American every seven days according to another.  The hamburgers at Louis Lunch have changed little since 1895. Each one is made from beef found fresh every day and served between two slices of toast. Cheese, tomato and onion are the only acceptable garnish. It is considered a “corruption” of the burger’s classic taste for mustard or ketchup to be added.

Jeff Lassen, the fourth generation descendant of the father of the hamburger, emphasizes that it’s all about the beef. He wants diners to taste the quality of the beef his restaurant serves.  A century after its invention, the hamburger has evolved from the epitome of simplicity crafted at Louis Lunch to one of the most diverse and innovative sandwiches on Earth. The toppings added to burgers is limited to the cook’s imagination.  Gourmet toppings at high-end restaurants include foi gras, black truffles and even lobster. In the Hawaiian Islands, burgers may include pineapple slices. Some areas in the south add coleslaw or fried eggs to their burgers. In Wisconsin, butter burgers are famous. Then, of course, there’s green chile, the choice of New Mexico’s purveyors of fine burgers.

When a hamburger is ameliorated, it’s almost always by adding an ingredient, not by tampering with the sacrosanct taste of beef. If high-quality beef is used, there’s little need for more than salt and maybe pepper and garlic.  In Phoenix, one restaurant has been adding wine to their burgers since 1965. That’s more than forty years of, some might say, tampering with one of nature’s perfect foods.

The Original Wineburger starts off with certified black angus beef so there’s no argument about the quality of the beef there. Fresh beef is shaped into a ball until an order is placed and the previous round of orders have been cleared from the grill. Each patty is then transferred onto the well-seasoned grill and pressed into shape with a spatula. Although I generally frown on the spatula press, this burger loses none of its flavor because (unlike at LotaBurger), that’s the last time that meat desiccating heresy is practiced.  While the beef is being grilled, the cook will spritz it with a generous squirt of Sangria wine, causing the grill to hiss and spit and steam to rise to the heavens. The buns are lightly toasted on the grill, too.

Though booth seating is available, it might be preferable to sit on the bar in close proximity to the cook who has mastered the practice of crafting Wineburgers to perfection. Because the grill is small, he can only prepare about a dozen burgers at a time, but does so with the flair and panache of a seasoned veteran.  Each burger is garnished with lettuce, sliced onion, tomato and cheese (American, Swiss, Cheddar or Blue Cheese)–one more ingredient than a burger at Louis Lunch. Mustard and ketchup are available at each booth, but neither is really needed. Optional burger toppings include sauerkraut, mushrooms, green chili (the menu’s spelling, not mine), jalapenos and bacon.

The beef is slightly more than medium rare on the inside and the wine flavor is subtle. It doesn’t detract in the least from the taste of very good beef. In fact, with or without the wine, this would be an outstanding burger–juicy and brimming with flavor. The patty extends beyond the Frisbee-sized buns on which it is served. At a third pound for a standard Wineburger or two-thirds pound for a Super Wineburger, it will easily take two hands (or a catcher’s mitt) or to hold all the deliciousness.

The menu includes “sandwiches and stuff” such as a Chicago red hot dog (a half-pound, all-beef frank), Rueben sandwiches, BLTs and more. Fantastic finger foods, all of which are beer-battered, are the perfect side for the Wineburger. An excellent choice are the onion “scoops,” similar to onion rings except that they’re shaped like strips instead of rings. They’re also better than most onion rings with a pronounced taste of high-quality onion lightly battered in beer.

We might never know what Louis Lassen might think of all the ways in which his creation has been altered, but I’d bet he would have enjoyed the Wineburger.

One thought on “The Original Wineburger – Phoenix, Arizona (CLOSED)”