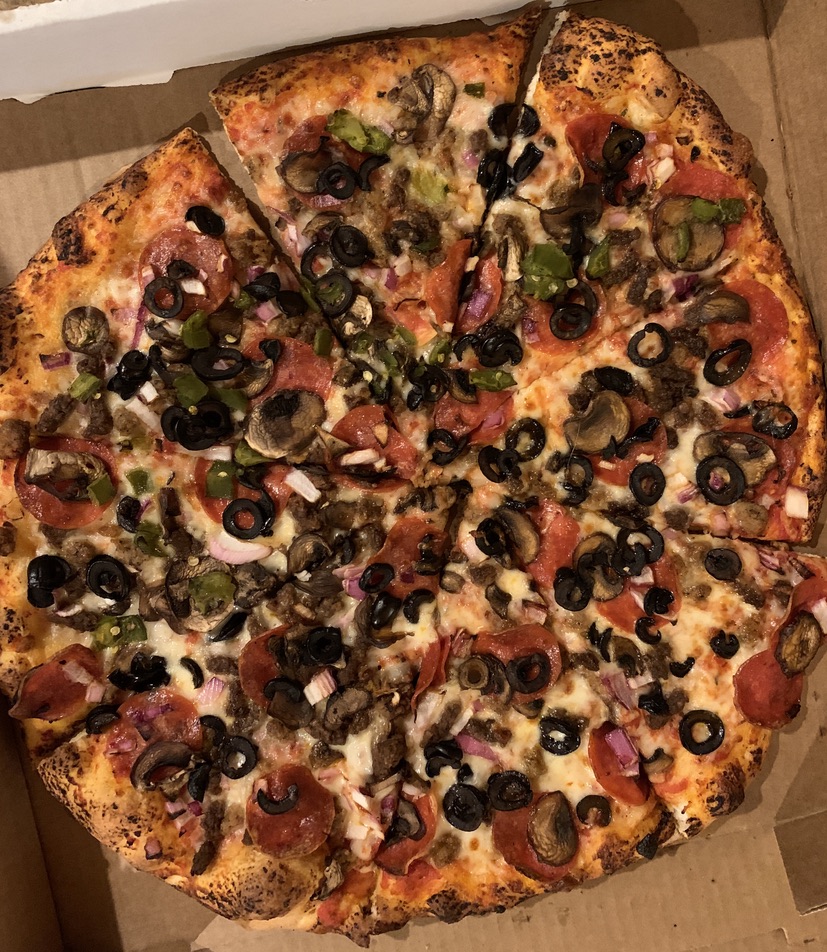 If you’re up north in the Abiquiu area perusing Yelp because you’re jonesing for New Mexican food, would you heed the recommendations–good or bad–of someone from Mississippi or Delaware or Texas?  No way!  You’d look at reviews written by savvy New Mexicans.  They’ll steer you right, probably to El Farolito in El Rito (15 miles away) or Angelina’s in Espanola (27 miles away).

With all due apologies to my fellow New Mexicans, when we visited Abiquiu and were curious about a rather famous pizzeria, we didn’t put much stock in Yelp reviews written by denizens of the Land of Enchantment.  We were blown away by the sheer volume of reviews from out-of-staters (and not just Texans, Arizonans and Coloradans).  Mamacita’s Pizza has five star reviews from Toronto, Canada; Madison, Wisconsin; Brooklyn, New York; San Francisco, California and North Tonawanda, New York.

The five-star review from North Tonawanda was especially significant because this western New York city is just a stone’s throw from the Buffalo home of Bocce Club Pizza, one of the very best pizzas I’ve ever had.  My dear friend Becky Mercuri had one shipped to me for my most recent 39th birthday.  It may have been the best birthday gift I’ve ever received.  The Yelp reviewer called Mamacita’s pizza “the best I’ve ever had.”  Assuming he’s enjoyed a few hundred pizzas from Bocce, that’s quite a bold statement.

Yelp reviews about Mamacita center around two pervasive and disparate themes.  Those who love it, really love it and those who don’t, seem to have a visceral dislike for everything about it.  Similar sentiments are expressed about Mamacita’s owner Marta Uribe.  She’s either rude and inhospitable or very funny, friendly and customer-oriented.  One Yelper called her the “pizza Nazi,” acknowledging that “the owner’s antics and attitude are part of the show.”  Interestingly, most of the negative comments stem from New Mexican Yelpers.

Mamacita’s Pizza sits unassumingly on the corner of Highway 84 (to Abiquiu) and Highway 554 (to El Rito).  It’s a blink-and-you’ll-miss it-location whose reputation belies a rough exterior.  There’s no indoor seating at Mamacita’s.  Typically, you either sit on one of several picnic tables beneath a latilla overhang or you take your pie with you.  Because of the covid situation, we had to pick ours up which didn’t give us much of an opportunity to interact with Mamacita.  Our impression, however, was certainly of a warm and friendly owner whose family has lived in the Abiquiu area for four-hundred years.

New York style pizzas are the most requested fare though Mamacita’s menu usually includes sandwiches, salads, chicken wings and a juicy half-pound homestyle black Angus green chile cheeseburger reputed to be among the best in the area.  Specialty pizzas make placing your order an easy matter, in part because no substitutions are allowed.  You can, however, add green chile to your entire pie or only half of it if you prefer.

Our introduction to Mamacita’s was in the form of a large (fourteen-inch) Supreme Pizza (pepperoni sausage, beef, mushrooms, onions, olives), half (my half) of which was generously sprinkled with a pleasantly piquant New Mexico green chile.  It’s about as close to a New York style pizza as we’ve found in the area.  Texturally, it’s thin and crispy while retaining a nice chewiness.  The cornicione (an Italian term for the “lip” or puffy outer edge of the pizza) is “hilly,” not “mountainous” as we’ve found on so many pizzas.   Tomato sauce is a supporting element as is the real milk mozzarella.  Both are discernible, but not overly so.  Similarly, toppings were generous though not overly so.  Optimum seems to be the appropriate term.  That and delicious.

Who would have thought you could find an excellent pizza in Abiquiu, a picturesque hamlet of 250 souls? Mamacita’s Pizza offers big city quality pizza in a setting no big city pizzeria can match.