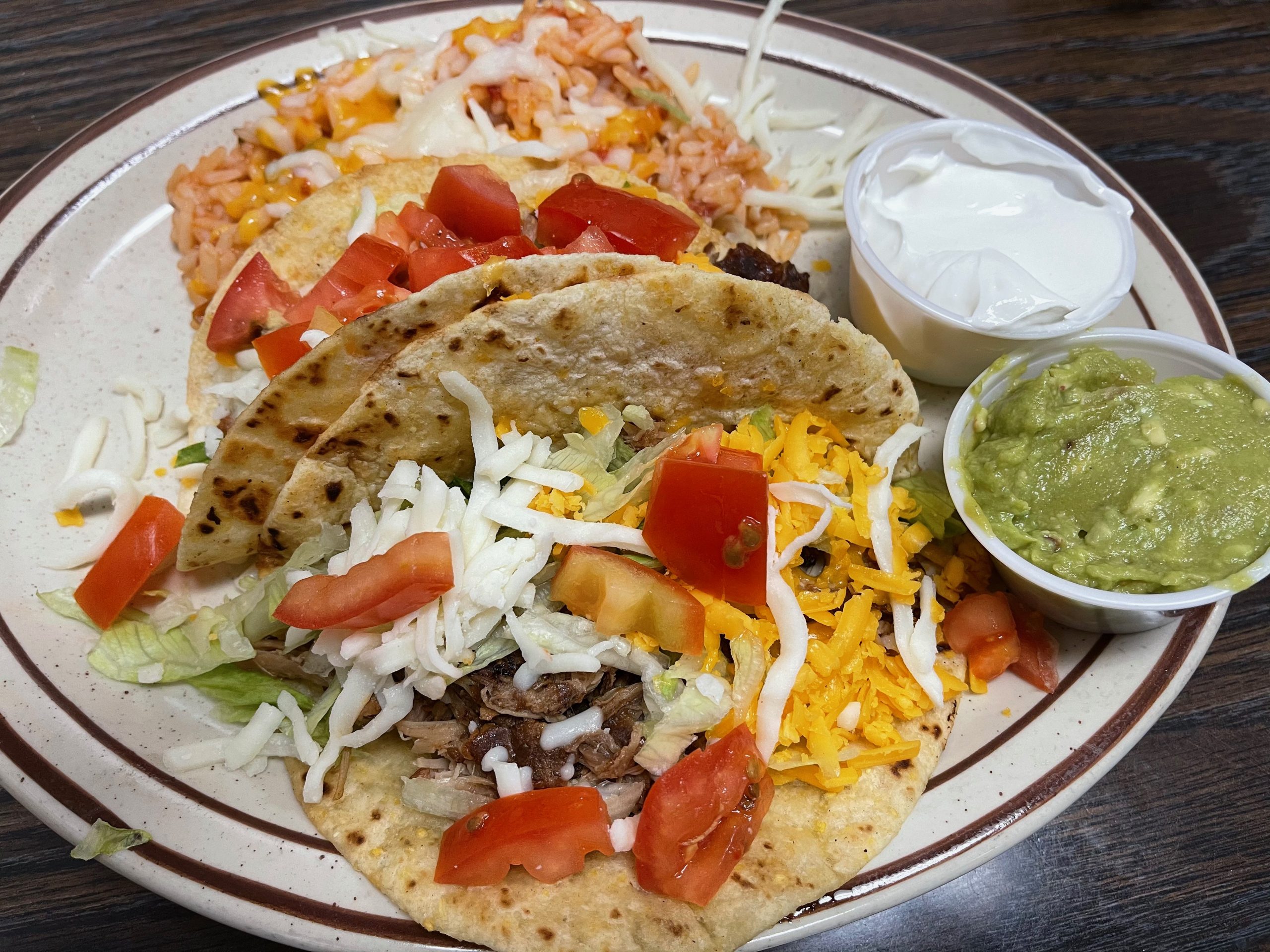 Shake the hand that shook the hand of…The Vitamin Kid.  At 87-years young, the Vitamin Kid–once the fastest runner in Guadalupe County–has slowed down just a bit, but he’s still as sharp as a tack, retaining an encyclopedic memory of details that would make a great novel.  Fittingly, a novel–specifically Rudolfo Anaya’s immortal Bless Me Ultima—is where many of us became acquainted with the fleet-footed Vitamin Kid, one of Antonio Márez’s best friends.  While Márez, Ultima’s precocious protagonist, is based loosely on author Rudolfo Anaya, the Vitamin Kid was based on Johnny Martinez who’s also become a legend in the Land of Enchantment.

Johnny Martinez and Rudolfo Anaya were friends and neighbors in Santa Rosa during more innocent times.  Back then you could hang out by the river with your friends all day long, but everyone skeddaled home before it got dark.  Dusk was when La Llorona began her vigil on the riverbanks wailing into the night and searching for children to drag, screaming to a watery grave.  Johnny remains wary of the river to this day.  Mostly, however, his memories of growing up in Santa Rosa are of more pleasant times–of the youthful adventures he shared with lifelong and new friends.  With Anaya’s passing in 2020, only two of the people remain from among the cast of locals who made up the characters on the award-winning novel.

Johnny recalls when Santa Rosa was a burgeoning refueling center for cross-country travelers traveling Route 66, then a meandering two-lane drive.  During the halcyon days of Santa Rosa, the village had as many as 38 gas stations, nine saloons and even more restaurants.  The village was then neon-spangled, a beckoning beacon for motorists.  In 1972, I-40 bisected Santa Rosa and though an off-ramp still ferries motorists into the village, many of its vintage Route 66 villages remain nothing but memories.  Johnny uses such terms as “murdered” and “annihilated” to describe the impact I-40 had on his beloved Santa Rosa.

Among Santa Rosa’s storied remnants of Route 66 is the Comet II, perhaps the only building on the Mother Road still adorned in neon.  The only thing that shines brighter at night is Johnny’s iridescent personality.  If the edifice doesn’t look as timeworn as other vintage Route 66 structures, that’s because the original Comet–which actually predated Route 66–burned down decades ago and was rebuilt.   It was founded by Johnny’s grandfather in 1927, more than a decade before the Main Street of America was commissioned.

Ironically, Johnny didn’t want to follow the family restaurant tradition so he joined the Army where he was severely wounded during the Korean War.  He assumed the helm at Comet II in 1961.  In the intervening years, Johnny became a major power broker in politics.  A self-professed “yellow dog Democrat,” Johnny is happy to show off the many certificates of recognition which festoon one  entire wall in the restaurant, sharing space with pictures of Johnny and all the state’s major political figures over the past several decades.  Chat him up and he may refer to himself as a “half-breed,” explaining that his mother was a full-blooded Jicarilla Apache.  Because of his bloodline, he served as a member of the Jicarilla tribal council during a period of tremendous land acquisition and financial growth.

Johnny still enjoys spending time at Comet II but more in an ambassadorial capacity than as the chef.  Day-to-day operational leadership is in the capable hands of Johnny’s son, an equally affable gentleman.  There are several things you’ll notice immediately about Johnny.  He’s still a formidable man with gnarled hands even larger than mine.  Then there’s the bolo tie he sports with a sheriff’s badge inlaid in turquoise.  He explains the badge belonged to his grandfather, a towering figure of a man at 6’6″ and over 300 pounds who served as a New Mexico ranger for years starting in 1916.

Quite the raconteur, Johnny’s operational philosophy as a restaurant owner is described on the menu: “Our reputation is considered by myself as a continuing responsibility.  A responsibility to safeguard the quality of our food and maintaining the precept of the “Golden Rule.”  Making and keeping friends is my most important purpose”  He adds: “The food we serve at the Comet isn’t Mexican-style or Tex-Mex.  It’s not like the food you’ll find in California or Arizona.  It’s NORTHERN NEW MEXICO cuisine, a different unique style and anyone who lives here will tell you it’s addictive.”

Northern New Mexican cuisine means dishes centered around the Land of Enchantment’s sacrosanct official state vegetable–chile.  As the menu reminds diners, “Chile has attained an almost religious status in Santa Rosa and New Mexico.  We eat chile on everything from burritos to steak to pizza and even ice cream.”  Perhaps as a concession to tourists, an entire page of the menu also includes seafood and chicken platters, sandwiches and combinations, salads and appetizers that don’t necessarily include chile.

Most of us visit for the chile just as the Travel Channel did when it featured Comet II for a program titled 101 more amazing places to chowdown.  There’s a lot of it on the menu–including on an entree whimsically called “Half Breed” which features a six-ounce sirloin steak plus a red or green enchilada.  After spending four days in Amarillo, we were jonesing…make that “martinezing” for some New Mexican food.  Boy did we find a gem.

While we were perusing the menu, our server ferried over a basket of chips and bowl of salsa to our table.  Just as the ubiquitous pineapple is a symbol of welcome and hospitality in Hawaii, chips and salsa perform the same function for New Mexico.  There’s only one thing wrong with Comet II’s salsa.  It’s so good you’ll probably polish off your first complementary order quickly and risk filling up should you ask for seconds or thirds.  The chips are low in salt and formidable enough to allow for scooping not just dipping.

In listing “the most unforgettable New Mexico experiences” for Frommer’s New Mexico, the wonderful Lesley S. King listed New Mexican enchiladas before anything else.  She noted “There are few things more New Mexican than the enchilada.”  I can certainly agree with that.  Comet II offers enchiladas in many forms–with corn tortillas or Indian blue corn tortillas, with red or green chile and with chicken, beef or cheese.  Your best bet is the enchilada plate which includes guacamole, sour cream and a fried egg.  Order it with both chicken and beef for a more diverse experience.  Order it with red and green chile to enjoy Christmas any time of year.  These enchiladas are truly New Mexican and definitely unforgettable.

The special of the day during our inaugural visit and my Kim’s choice was carne asada tacos, two deep-fried flour tortillas stuffed with shredded pork, shredded Cheddar cheese, chopped tomatoes and sides of guacamole and sour cream along with Spanish rice.  Our server also brought us a second bowl of salsa to enjoy with the tacos.  In a world in which tacos have become an “anything goes” proposition, New Mexico style tacos have become a welcome departure.  Comet II’s version is superb.

There may be other dessert options on the menu, but any perusal of the dessert menu should come to an immediate halt when you espy natillas. The natillas (a thick, creamy custard-like dessert) are served warm and are sprinkled with a generous amount of cinnamon and topped with mini vanilla wafers. With virtually no lumps to distract you, you may want to close your eyes and luxuriate in the smooth, sweet vanilla deliciousness in front of you.

No matter what you order, you’re probably going to get a side of Johnny Martinez who will regale you with a history lesson and tales of a life well lived.  It’s just one of the many things that makes Comet II a destination restaurant.