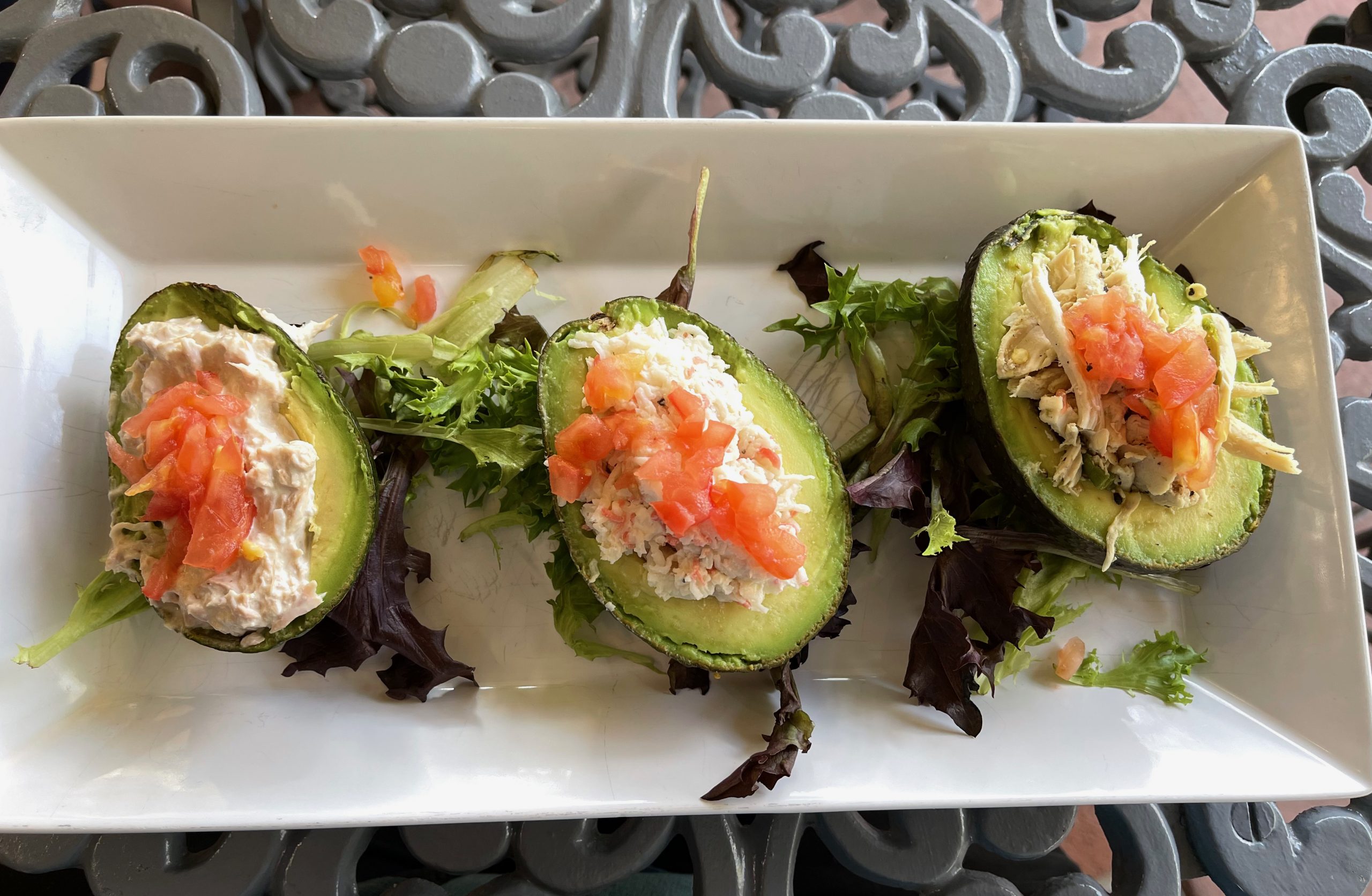 “I wanna open a Jamaican/Irish/Spanish small plate breakfast restaurant
and call it Tapas the Morning to Ja.”
~Harris Wittels (Comedian)

It wasn’t Wittel’s humorous quip that came to mind as we approached Damacio’s Bar & Tapas but rather something legendary raconteur and television host Anthony Bourdain once said.  During a 2013 episode of his CNN television show Parts Unknown filmed in Granada, Spain, he declared “We will never have tapas culture in America.”  Calling tapas “that greatest of Spanish traditions,” Bourdain added “You may think you know what a tapa is.  Like if you’ve had small bites at some fusion hipster bar where they do a whole lot of little plates. Yeah, that ain’t a tapa.

Quite naturally Boudain’s comments got me to thinking: what exactly is a tapas culture and what are we doing wrong here in the Land of Plenty. Accompanied by his longtime Director of Photography Zach Zamboni and his fiancé, who live part-time in Granada, Bourdain was told by the fiancé that “Tapa is for free.  That’s the main issue of the tapa.”  Bourdain liked the concept: “So, you’re just paying for the wine. So if I were like a degenerate wino I could still eat well as long as I could afford my wine.” Later he added: “Tapas are free. It shouldn’t work, but somehow it does. Another drink, another tapa. Tomatoes, olive oil, bread.”

If free food was the sole determinant of a tapas culture, it’s no wonder we don’t have a tapas culture in the States.  Maybe when makes his audacious proclamation that we will never have tapas culture in America, the operative word is “culture” as in the social practices associated with tapas. In Spain, tapas isn’t a formulaic approach in which a restaurant (or more likely, a drinking establishment) serves “small plates.” It’s so much more than that.

In modern day Spain, tapas are not only a gastronomic custom, they are a deeply rooted social and communal event described by Travel and Leisure as “walking, talking, drinking and nibbling.” Taverns are indeed clustered in close proximity to one another, making it easy for patrons to hop from bar to bar sampling the specialty of the house at each. It’s been that way since the reign of Castilian King Alfonso the Wise who decreed that no wine was to be served in any inn throughout Castile unless accompanied by something to eat. This precaution was to counteract the adverse effects of alcohol on an empty stomach.

Observing that glasses of wine or sherry served to patrons attracted fruit flies, bartenders began covering the top of the glass with a piece of bread to prevent the pesky insects from doing the breaststroke in the wine. In time, each tavern concocted its own signature toppings for the bread. For the most part, the covers or “tapas” were relatively simple–ham or anchovies, for example, but eventually, those simple glass covers evolved into such creative and sophisticated dishes that what is essentially Spanish bar food now rivals any of the world’s most celebrated cuisines.

There’s an inverse relationship here between “free” and quality. Free tapas in Spain are the complete antithesis of what free tapas might be like in America. Picture if you will, choking down “all-you-can-eat apps” at TGI Fridays then noshing on mozzarella sticks at Applebee’s followed by fried pickles at Chili’s as you travel from one to the other to imbibe your favorite adult beverage. Tapas in Spain are far superior in quality and deliciousness to appetizers for which we pay at the aforementioned chains (and for which you’d be overcharged if they were free). Tapas are meticulously assembled, eye-catching and absolutely mouth-watering delicious epicurean delights.

Okay, so America’s tapas restaurants may not serve free tapas and our tapas restaurants and bars may not be situated in close proximity to one another, but does that mean we shouldn’t frequent such Duke City bastions of small bites as Mas Tapas Y Vino and Gecko’s Bar & Tapas?  Absolutely not!  In fact, recent trends seem to indicate tapas continue to be an evolving and growing restaurant concept in Albuquerque.  We may not have a tapas culture…yet, but what we have is pretty darn good.  Enter into the fray Damacio’s Bar & Tapas.

Italian staple Villa Di Capo’s had only recently vacated its historic digs on Eighth Street and Route 66 when an extensive make-over was initiated in the coveted downtown space.  The space began its transformation from venerable to trendy, from largely unused to bustling and energetic.  With an eye toward utilizing all the space–including two patios and a spacious mezzanine–owners Gerald Zamora and Bianca Johnston plan to take full advantage of the expansive site.  As of our inaugural visit on October 9th, Damacio’s (named for the owners’ scion) the indoor dining rooms are still a work in progress, but the capacious outdoor spaces are already flourishing.

The lushly manicured patio at ground level provides sweeping views of the round-about abuzz with motorized conveyances departing downtown. Towering deciduous trees, broad umbrellas and a wide patio provide sun-shielding shade. Tethered from between the teeth of a unique bronze giraffe is an equally unique chandelier. It’s a fun space sure to be a popular draw. Moreover, it promises to become a haven for aspirants to a Spanish-like tapas culture. To that end Damacio’s has a broad menu showcasing American-style tapas (many showcasing New Mexico’s sacrosanct green chile), chophouse quality steaks, salads and flatbreads.

While the exciting menu might not exactly transport you to Madrid or Barcelona, the lively patio might prove the escape you’re looking for–even with the music turned up almost as loud as the ear-splitting mufflers of cars passing by. That music is loud by design, meant to provide an immersive, youthful experience. Though the music may be a couple of generations beyond our time, the tapas are timeless–an assemblage of not necessarily so small plates meant to be shared.  The full menu is available until 10PM.  Brunch runs until 1PM.

The tapas section of the menu lists some fourteen tapas as well as a hummus flavor of the week and oysters by the half-dozen.  There are five salads on the menu as well as six flatbreads.  Dinner is highlighted by the market-priced steak of the week, but you can also have glazed mahi mahi, pasta and a roasted chicken breast.  A nine item brunch menu makes getting up in the morning an interesting (and filling) experience especially if you order the “Biggie Brunch” that includes a T-bone steak.

As is often the case, we over-ordered, forgetting that tapas aren’t necessarily small plates offering one or two bites per tapa.  The stuffed avocados, a trio of avocados generously filled with sundry deliciousness were almost a meal in themselves.  One avocado was stuffed with tuna topped with tomato, pickles and scallions; the second was engorged with green chile chicken topped with mushrooms and scallions; and the third was heaped with crab and cream cheese topped with scallions.  All were pretty as a picture and quite delicious, my favorite being the tuna.

If there’s one tapa that’s become seemingly ubiquitous in American tapas bars, it’s bacon-wrapped dates (jalapeno bacon wrapped dates served with blue cheese dressing).  Because of their extreme sugar content, dates almost need savory ingredients to counter-balance their almost cloying nature.  Jalapeno bacon and blue cheese dressing are just the ticket.  We were amazed at how the chef was able to wrap such crispy bacon around relatively small dates, but not surprised at how much we enjoyed the pairing.

Almost antithetical to the bacon-wrapped dates are the spicy stuffed mushrooms (spicy cream cheese with prosciutto topped with roasted walnuts and honey) which showcase savor and piquant flavors.  In this case, the light drizzle of honey was almost needed as a foil for the salty-piquant flavors.  This proved my favorite tapa of the day thanks to the balance of those savory, piquant and slight sweet components.  Despite being sliced so very thin, the prosciutto manages to sneak in thanks to its profusion of saltiness.

Another trio not to be missed is the mini crostinis, three exemplars of ingredients that work very well together atop crispy toasted bread slices.  One mini crostini (and mini is a misnomer here) is topped with steak, smashed asparagus-blueberry demi glaze topped with onion crisp.  The second is topped with fresh mozzarella, tomato-basil and a balsamic reduction.  The third (and certainly not least) is topped with a green chile bruschetta.  Every one of the trio would have made an excellent full-sized sandwich.  Each offered unique palate-pleasing flavors.

Our sole faux pas when ordering tapas was deciding we needed to try something from the flatbread menu.  Considering we had already ordered the mini crostinis, we didn’t need so much bread.  The classic pepperoni flatbread (marinara, mozzarella, pepperoni, shredded Parmesan) was good enough, but who needs or wants pizza when the purpose of our visit was to enjoy tapas.

Not surprisingly my Kim’s favorite item was one of the two desserts Damacio’s offers–velvet cupcakes unlike any others we’ve had.  The only conventional cupcake portion of this dessert is the base or bottom which was very much red velvet chocolate.  Atop that base is a thick, molded scoop of vanilla ice cream which is topped with a raspberry puree with whipped cream on the side.  It’s a memorable dessert that will assuage your sweet tooth while keeping you cool on a balmy Duke City day.

We may never have a true tapas culture in the United States, but we do have restaurants such as Damacio’s which provide excellent “American” tapas and you don’t even have to order like a “degenerate wino” to enjoy them.