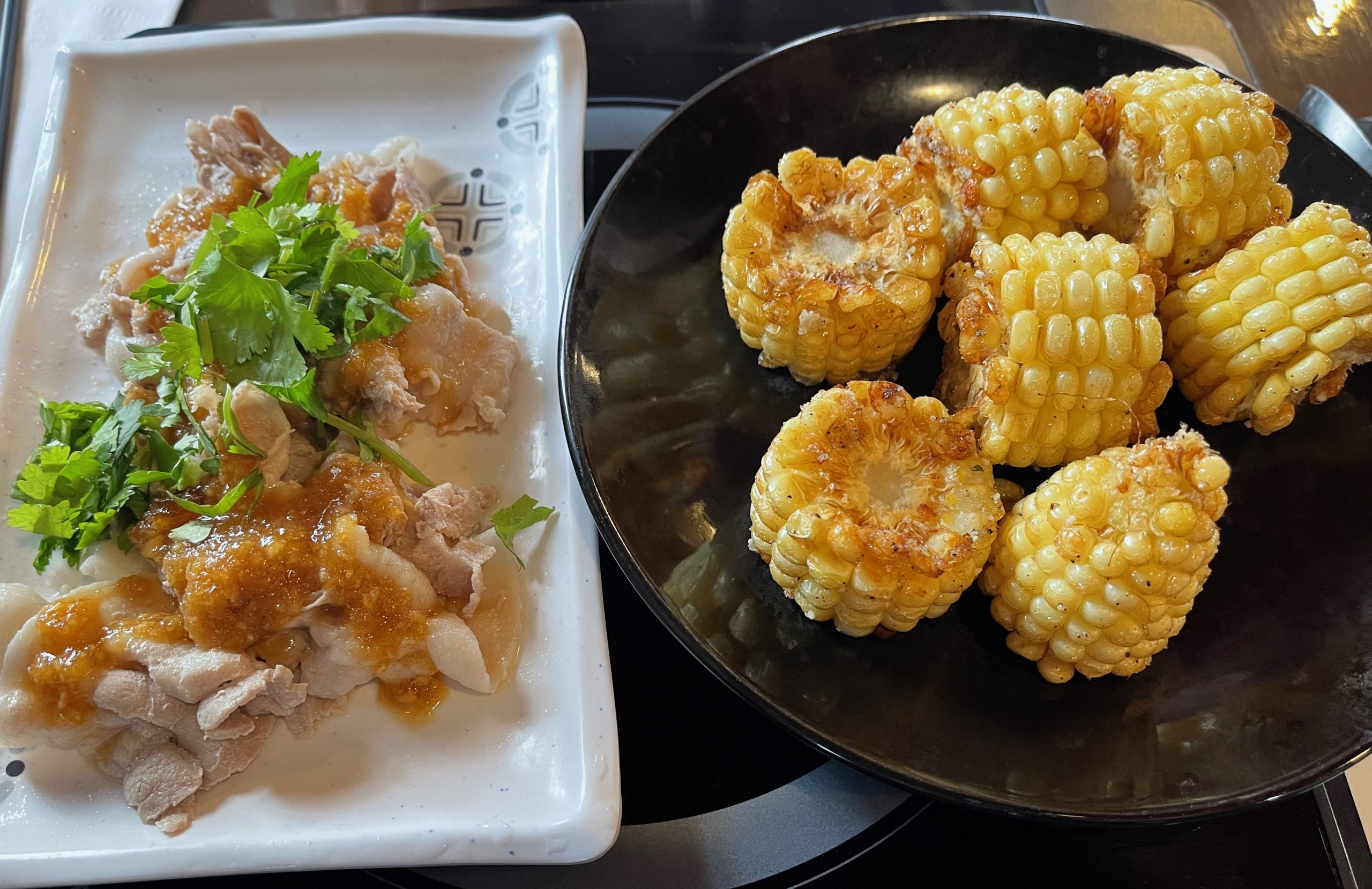 “You have tattoos and others have piercings, but for me,
there’s nothing that says more about me than the food I choose to carry every single day.
As a kid trying to maintain my identity in America, my Chinese was passable, my history was shaky,
but I could taste something one time and make it myself at home.
When everything else fell apart and I didn’t know who I was,
food brought me back and here I was again.”
~Eddie Huang, Fresh Off The Boat

Food: It triggers memories that provide a sense of identity and belonging. It feeds the soul and nourishes the body. It impacts the environment and geopolitical politics. It inspires song, art and lore. It affects virtually every facet of our lives each and every day. Food has been a topic of debate and conflict and entertainment and fascination over the millennia. Despite its importance and the modern obsession with celebrity chefs that have been increasingly shaping America’s palate, the actual study of the history of food is a relatively new field.

Shortly after Thomas Jefferson founded the University of Virginia, I was a bumpkinly wide-eyed 19-year-old student who couldn’t grasp how differential calculus could possibly ever be used in the “real world.”  I would much rather have been studying the history and evolution of culinary cultures, especially those of China.  Imagine having grown up on a parochial diet and being 2,157 miles away from Peñasco when first introduced to Chinese food.   My fascination for this strange and exotic cuisine was boundless.  I couldn’t get enough of it.

Can you blame me?  Chinese food is among the most diverse, complex and sophisticated cuisines on Earth, the Americanized sweet-and-sour palate not withstanding.  Moreover, the history of the evolution of this rich cuisine is endlessly fascinating.  Chinese food culture is one of the most well-documented and widely researched in the world.  It’s not all empirical data, historical dates and names you can’t pronounce.  Some “origin stories” are quite entertaining.

Take for example the origin of Mongolian barbecue, a culinary event in which diners select meats, veggies and sauces then present them to a chef who prepares them on a giant round flat top grill.  The “romantic” history would have you believe this type of cooking originated with Mongolian soldiers cooking large amounts of foods on their shields.  There is actually no actual research that backs up this claim.  The true origin of Mongolian barbecue isn’t nearly as romantic.  Sources credit a Taiwanese comedian-restaurateur with having invented it. He actually wanted to call the dish “Beijing barbecue,” but because Beijing had just recently been designated as the capital of Communist China, he settled with “Mongolian barbecue.”

The progenitor of the beloved hamburger CAN actually be tied back to Mongolia under the leadership of Genghis Khan.  As Genghis and his men were conquering most of Asia and Europe, there were no fast food joints to keep them fed.  Instead, they would scrape cuts of meat off sheep and form them into patties. These patties were put under their saddles while they rode. The constant jarring between the seat and the back of the horse tenderized the meat until it was soft. It was then eaten by the soldiers raw. Thus, it could be said the progenitor of the hamburger was truly atop a horse’s ass.

Dining practices of Mongolian horsemen may actually have been responsible for the creation of Chinese hot pot cooking. Legend has it that the Mongols used their helmets as vessels to simmer broth over open fires and cooked chunks of meat in that broth. Their shields they were used as a sort of frying pan to sear meat.  Though the Chinese resisted Mongol hordes, they incorporated this style of eating it, modifying it over time to suit particular ingredients and tastes in each region.

In due course, hot pot proliferated throughout the country and morphed from a winter treat enjoyed at home  to becoming a staple eaten all year round. You can now find Chinese hot pot everywhere from street-side hot pot stands as well formal establishments. Though regional differences prevail, today you can usually find any style of hot pot you like almost anywhere in China, particularly in larger cities.

Hot pot style cooking isn’t exclusive to China.  In Japan, one method of hot pot cooking is known as shabu shabu, an onomatopoeia derived from the sound emitted when ingredients are stirred in the cooking pot.  Another Japanese hot pot dish known as sukiyaki also involves cooking or simmering thinly sliced beef and assorted vegetables in a sweet soy-based sauce.  Korea also has a version of a hot pot dish.  It’s called Jeongol which is made by putting meat, mushroom, seafood, seasoning, etc., in a stew pot, adding broth, and boiling it.  Yet another Korean hot pot dish is made with large dumplings.

Chinese hot pot is still relatively rare in New Mexico so there’s a chance you not only haven’t experienced it, it’s possible you haven’t heard of it.  Zu Hot Pot on Juan Tabo (at the former home of An Hy Quan, an outstanding Vietnamese vegetarian restaurant) is only Albuquerque’s second Chinese hot pot restaurant, launching in October, 2021, about a year after The Birds Paradise Hot Pot closed its doors. Sources who visited before we did told me it’s the real deal.

Here’s how it works:  After you’re escorted to your seat, you’ll quickly espy a burner in the center of your table along with a menu from which you can select your broth, meats, vegetables, noodles, appetizers and beverages.  In a few minutes, a large pot of broth is ferried to your table and placed on the burner.  (If you and a dining companion can’t agree on what broth you both want, a pot with a “divider” is provided to ensure the twain don’t meet.)

Your server (in most cases the lovely Felics) will teach you how it’s done, showing you how to prepare your meat choice (for no more than about 20-seconds per thinly sliced meat) and instructs you on how to cook the other ingredients.  While your food is cooking, feel free to visit the sauce bar where you can either make your own dipping sauce or ladle out one of the pre-made sauces (including peanut sauce, vinegar, sesame sauce and several more).   When the food is cooked, you can extricate it from the pot and dip it in your sauce.

When you’ve finished, you can ladle out the broth and noodles into another bowl provided to you. The broth is a melange of ingredients, each lending personality and flavor to the hot pot dish.  Your hot pot can be relatively simple or rather complex depending on the choices you make.  There are four choices of soup to start off with: Chinese herb soup, Taiwanese Shacha, Korean kimchi and Thai style curry.  Levels of spiciness range from mild to hot.  Similarly, there are rice and noodle choices.

Among the proteins are pork, chicken, beef, lamb or seafood.  There are a dozen vegetables from which to choose, each one priced separately.  My Kim’s choices were Chinese herb soup, pork, fresh mushrooms, corn and clear noodles.  On my portion of the partitioned pot were lamb, Thai style curry, baby bak choy, Udon noodles and enoki mushrooms.  Predictably, my hot pot was on the piquant side–not quite as spicy as bun bo Hue, my favorite Vietnamese soup, but with a pleasant burn.  My Kim’s hot pot was mild, but very flavorful.

Lest I forget, there are a dozen appetizers on the menu–everything from popcorn chicken and French fries to deep-fried calamari and fried mushrooms.  We opted for deep-fried fresh corn, seven small cobs of sweet corn seasoned with Chinese five spice powder, garlic and salt.  They were quite good though we would have preferred two larger cobs.  Our other starter was garlic pork belly.  The garlic was very pronounced, much to my Kim’s liking (you’d think she’s trying to ward off a family of vampires.

Much as I’d like to believe a university professor would regale students with interesting food origin stories, experiencing great food is preferable, by far, to studying food.  Experience Zu Hot Pot and you’ll understand what I mean.