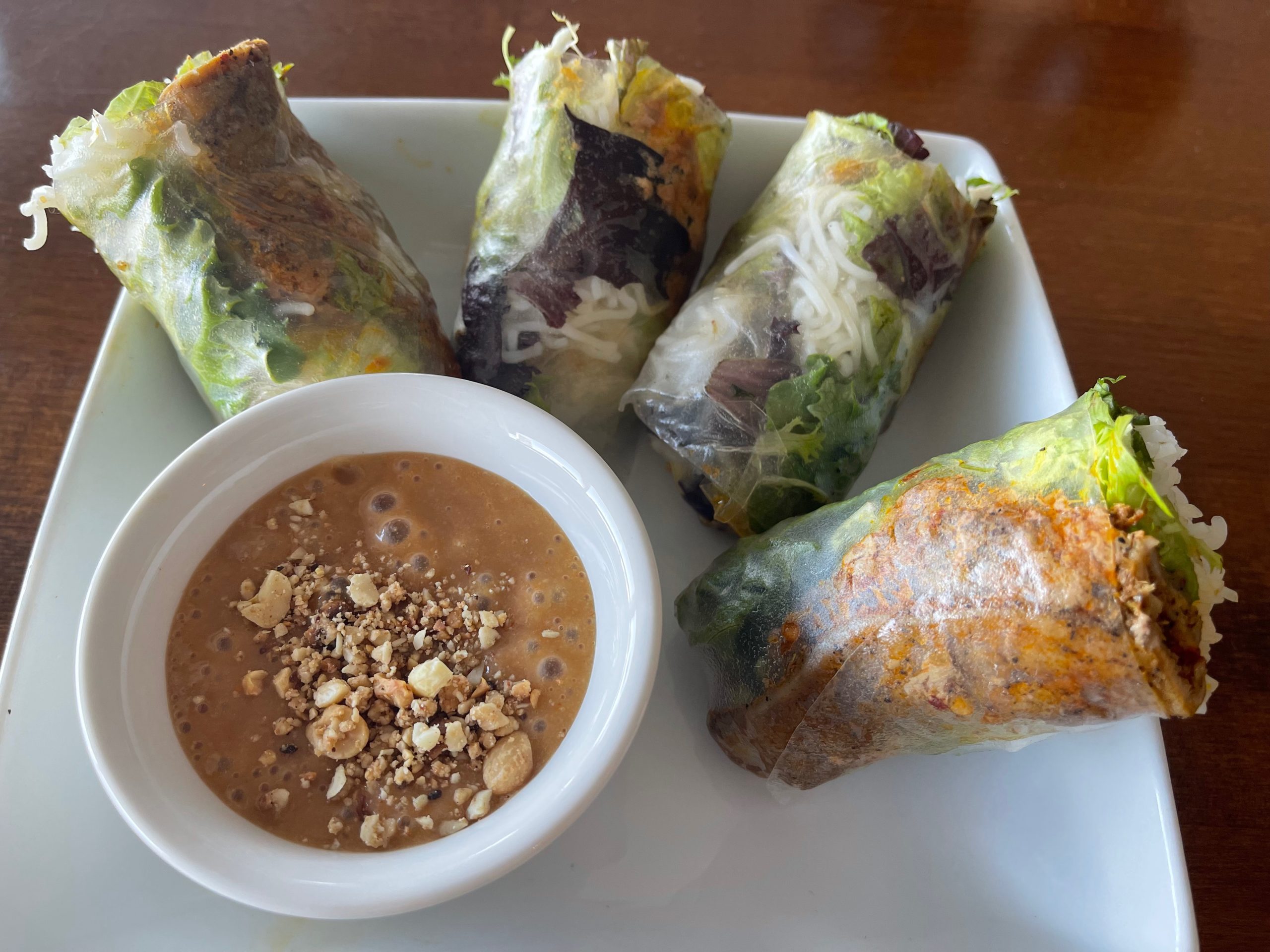 Hawaiian pizza, black licorice, blue cheese, anchovies, candy corn, cilantro…these are among the pantheon of foods Readers Digest says everyone either loves or hates. And by “everyone,” Readers Digest includes such culinary glitterati as Julia Child who expressed her loathing for for cilantro in a 2002 interview with Larry King.   The towering chef  proclaimed she detested cilantro, saying it has a “dead taste” to her.  Food Network personality Ina Gartner is even more blatant:  “I just hate it,” she related in a Munchie’s podcast.  “To me, it’s so strong and it actually tastes like soap to me, but it’s so strong it overpowers every other flavor.“

Why then do some people have such a profound cattiness toward cilantro? According to a genetic survey by researchers at Cornell University, there’s a very specific gene that makes some people strongly dislike the taste of cilantro. Scientists surveyed nearly 30,000 people before singling out the offending gene as the OR6A2 gene. According to Kitchn, this gene “codes for the receptor that picks up the scent of aldehyde chemicals” — these chemicals are found in cilantro and soap. Is it any wonder so many people anecdotally say cilantro tastes like soap?

If you’re hoping a cilantro substitute exists that might pair deliciously with tacos and pho while being easier on your taste buds than the soapy herb, don’t look within the cilantro family.  Differences between controversial cousins cilantro and culantro extend far beyond the second letter in their spelling.  Culantro, a jagged-toothed herb, is estimated to be ten time stronger than cumin.  So, if you’re inclinations toward cilantro mirror those of Julia Child and Ina Gartner, imagine that strong, soapy flavor boosted ten times over. For those with the OR6A2 gene deficiency, it might be like trying to eat lye soap.

10Best describes culantro as “the best herb you’ve never heard of” and describes it as “an extra intense version of cilantro.”  In all honesty, many of you have been enjoying culantro for years without realizing it.  It’s an integral ingredient in pho at many of your favorite Vietnamese restaurants.  At Saigon City, for example, culantro is used on many of my favorite phos.  Kim, the heart and soul of Saigon City and my guide to consistently fabulous meals confirms the restaurant’s use of culantro, but emphasizes that it’s not used sparingly.  That’s both because some diners just can’t handle too much and because it’s a rather pricey (about nine dollars a pound) herb.

Mention “culantro” and peripatetic Duke City diners will likely relate experiences at Kulantro at Albuquerque’s Sawmill Market.  Spelling aside, Kulantro is named for the mysterious herb you’ll want to rush out and sample for yourself.  I’ll let Kulantro’s website speak for the restaurant: “Kulantro is a family-owned, locally established restaurant specializing in authentic tasting Vietnamese street food with a modern menu. From handcrafted recipes, fresh produce, and contemporary culinary experiences. We believe our contemporary approach to cooking epitomizes the ethos of serving fresh wholefoods of today’s desires. With our expertise in crafting the best foods and industry-leading hospitality, Kulantro has been able to capture the essence behind the complex flavors of Southeast Asia. Our Chefs have spent ample time across Vietnam perfecting a mosaic of recipes across the region.”

Our visits to the Sawmill Market have been infrequent because the urban market concept doesn’t allow dogs–even dogs who behave better than honor students and not even on the patio (our debonair dachshund says it’s a rampant example of specieism).  We still haven’t tried that Kulantro, but we discovered that the space which used to be occupied by the Bamboo Grill is now called “Bamboo by Kulantro.”  We were allowed in because our Dude is a service fur baby.  Besides, being brand new to the neighborhood, it didn’t appear diners were beating the doors down to eat there.

Not a lot of changes were visible since the restaurant was occupied by the Bamboo Grill.  The Northeast Heights space is still very attractive–and I still can’t get a decent photo of the restaurant’s frontage because the New Mexico sun always seems to be immediately above.  Not to worry.  We were more interested in the menu than we were in the storefront.  The menu is the antithesis of those encyclopedic menus you’ll find at some Vietnamese restaurants.  There are only sixteen items listed.  Yes, sixteen.  Prepared by the deft hands of an accomplished chef, sixteen may be all you need.  Besides, the original Kulantro at the Sawmill Market lists only six items.

The small menu lists Vietnamese dishes with which most diners should be well acquainted.  The four appetizers–spring rolls, crispy egg rolls, skewers and beef rolls–for example.  Spring rolls (Vermicelli rice noodles, spring veggies, choice of protein served with a peanut sauce) are consistent (if not predictable) from one restaurant to another.  At Bamboo by Kulantro, the spring rolls are more generously packed–and not with a surfeit of “filler” (veggies and Vermicelli).  We were surprised not only by the largess of the pork, but with the sauce with which it was slathered.  It had a granular texture as if the caramelization hadn’t been completed.  Texturally and flavor-wise, it worked.  So did the peanut sauce which wasn’t quite as sweet as you’d find at a Thai restaurant.

Saigon City’s vermicelli bowls have so ensnared my Kim’s affections that she aspires to duplicate her experiences at every Vietnamese restaurant we visit.  As such, it was no surprise that she ordered Kulantro’s noodle bowl (Vermicelli rice noodles, blend of spring mix, iceberg lettuce, purple cabbage, cucumber, pickled carrots, garnished with roasted peanuts, scallion oil, and onions crisps, served with our signature dressing sauce, with a choice of protein, grilled pork, grilled chicken, grilled shrimp, or grilled tofu).  As with the spring rolls, the gargantuan bowl was replete with surprises.  That signature dressing sauce, for one thing, should be bottled and sold.  An even bigger surprise, both literally and figuratively, is the size of the sliced pork–not bite-sized, but a mouthful.

Just as my Kim is in pursuit of a vermicelli bowl comparable to the one served at Saigon City, my search is for Bun Bo Hue that hasn’t been “dumbed down” for “occidental” tastes.  That means I want it with the congealed pig’s blood and pork hock (remember, I was Vietnamese in a previous life).  Kulantro prepares this aromatic lemongrass soup in a 24-hour beef broth, sliced beef, pork hock and noodles.  No pig’s blood in sight (or if my Kim has her way, in mention).  Kulantro’s Bun Bo Hue proved immensely satisfying, flavorful and heart-warming.

Bamboo by Kulantro hopes to duplicate or exceed the Yelp four-star success of its Sawmill Market sibling.  It’s got a menu that’ll go a long way toward doing just that.

One thought on “Bamboo by Kulantro – Albuquerque, New Mexico”