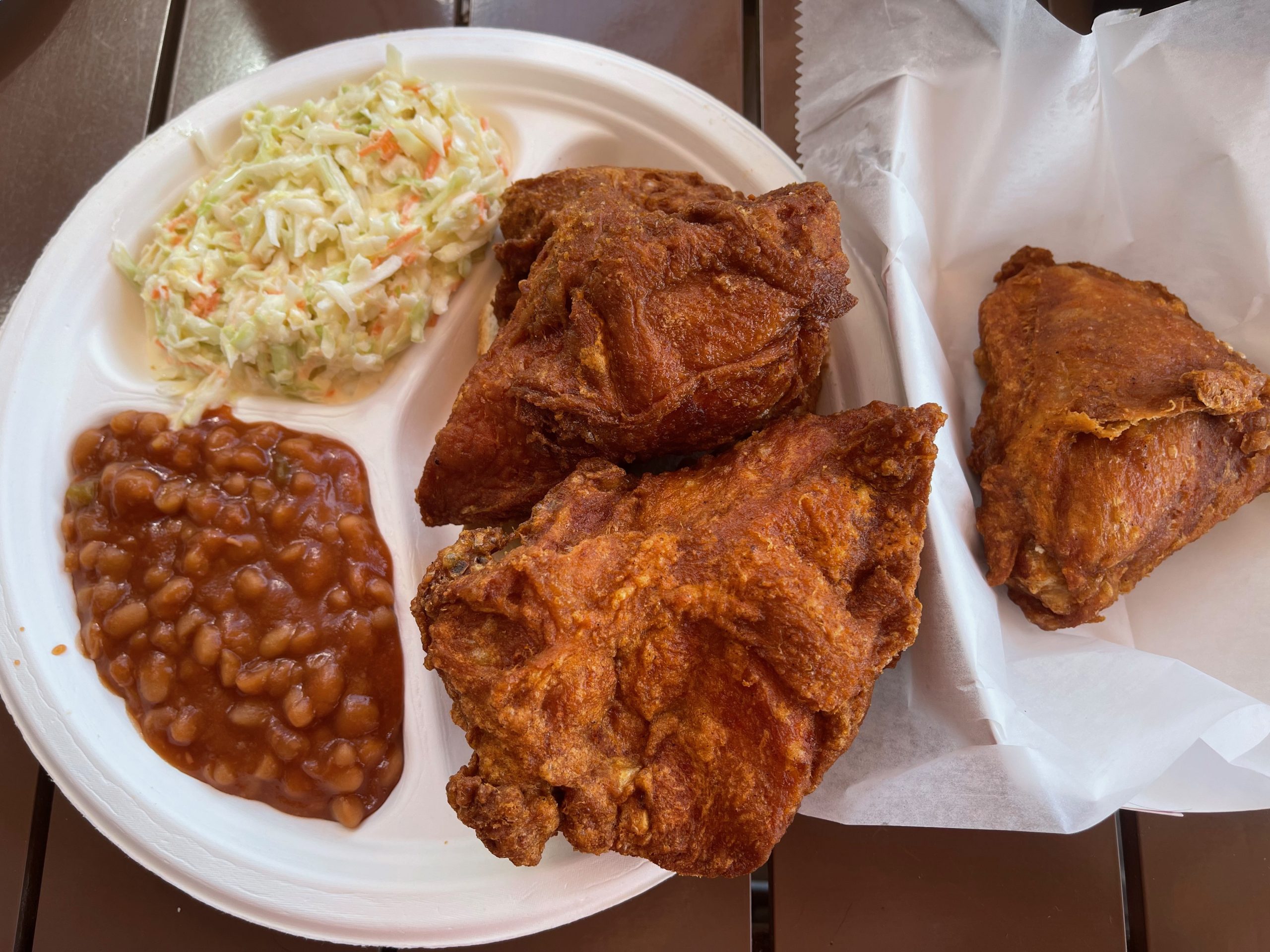 As the crow flies, Nashville and Memphis are separated by about 210 miles.  You can get from one to the other of these two prominent Southern cities–that are probably best known for their signature sounds–in a speedy three hours.    Nashville sits on the north-central part of the Volunteer State.  It’s considered the cradle of country music.  Legendary pantheons of country music include the Grand Ole Opry House, the Country Music Hall of Fame and Museum and historic Ryman Auditorium.  Honky-tonks throughout the city feature live music as aspiring artists and song-writers compete to be noticed.

It isn’t solely music for which Nashville and Memphis inspire resfeber (the excitement that floods a traveller’s heart before the journey begins when anxiety and anticipation are tangled together).  Both cities have become pilgrimage-worthy dining destinations.  Memphis-style barbecue, of course, is considered  is one of the four predominant regional styles of barbecue in the United States. As with many southern varieties of barbecue, Memphis-style barbecue is mostly made using pork–usually ribs and shoulders–though at many Memphis restaurants you can still find beef, chicken and (my favorite) baloney.

Since about 2016, few dishes have captured the national imagination more than Nashville-style hot chicken, fried chicken that’s taken a bath in an incendiary cayenne-paprika chile sauce. Even  KFC’s jumped on the bandwagon. Nashville-style hot fried chicken restaurants have popped up throughout the country. Nashville hot chicken isn’t for the pusillanimous poultry-paramour. Most restaurants offer several levels of heat, but even “mild” is generally pretty spicy. At its upper levels of piquancy, the heat will test your mettle and could reduce grown men to weepy boys crying for their mothers.

Having scalded and scorched my tongue and taste buds with the most torturous levels of heat to be found, I’m a big fan of Nashville hot chicken.  It’s not, however, the challenge of eating food that may have been prepared by Charon (the ferryman of Hades who carries souls of the newly deceased across the River Styx) that’s garnered my affection.  Nashville hot chicken has got to have a balance of heat and flavor.  It’s a delicate balance that could be unsatisfactory if that balance tips too much to the incendiary side.

That’s why the chicken that’s earned by undying love is Memphis style chicken, specifically Gus’s World-Famous Fried Chicken. While Nashville’s incendiary, cayenne-heavy, finger-dying hot chicken may be all the rage, Music City’s piquant poultry seems to be about demonstrating that pain is a flavor.  Gus’s fried chicken, on the other hand, is all about flavors that titillate your taste buds and linger on your lips.  Sure, it’s got heat, but just enough to give you a buzz, not to scald your mouth…and it doesn’t leave your fingers oily and orange.  Moreover, it’s absolutely delicious, easily the best spicy fried chicken we’ve ever had.  We discovered Gus’s in Austin, Texas in 2018 and have ached to return.

That’s not just my opinion. Gus’s fried chicken has been touted by culinary cognoscenti as some of the best fried chicken prepared under spacious skies, and not just of the spicy genre. In 2018, for example, The Daily Meal went in search of the best fried chicken places in America and rated Gus’s second from among 75 purveyors of palate-pleasing poultry (Stroud’s of Kansas City, my personal favorite ranked 13th). Other national publications, including Saveur and GQ have accorded similar praise. GQ once called Gus’s Fried Chicken one of the top ten meals in the United States. Its birthplace of Memphis may be considered a barbecue hotbed, but culinary-crazed chicken aficionados pilgrimage to Gus’s even before we take in Graceland.

In the 65 years since its founding, Gus’s Fried Chicken has seen significant expansion. It now has a presence in some 35 locations across the fruited plain, including several cities that already had long-established nationally-touted fried chicken restaurants (Austin, for example, had two fried chicken restaurants rated among The Daily Meal’s exalted 75). It’s probably safe to assume that wherever Gus’s launches, it quickly becomes a local favorite. Gus’s World Famous Fried Chicken lives up to the hype–and then some. It’s several orders of magnitude better than the Cajun fried chicken we enjoyed throughout the Deep South. Popeye’s isn’t even in the same stratosphere.

In January 2021, the first Arizona location of the self- (and perfectly) described Gus’s World Famous Fried Chicken opened in downtown Mesa. Gus’s in Mesa is situated in the bustling historic area where parking nearby is remarkably easy.  Gus’s doesn’t serve fried chicken by the bucket, but you can get a “snack sized” portion with as many as 20 pieces. You can also purchase it by the individual piece (breast, thigh, leg, wing) or by the plate where it’s served with baked beans, slaw and white bread though substitutions will cost a bit more. A half-chicken, one of each piece, is a good bet.

There’s no one quality that makes Gus’s fried chicken special. From the outside in let’s start with the crust. It’s the antithesis of the heavily breaded (and much dreaded) fried chicken of which Gil’s Thrilling… has often lamented. Peanut oil renders the chicken crispy, glistening to an mahogany-hued color. This is crust you’ll want to eat, not discard like some offensive shell. You’ll feel the heat emanating from the Gus’s crust right away. It then settles in with its pleasant piquancy, revealing a deeper, more complex flavor profile. The chicken is tender, moist and flavorful down to the bone (the only part of the bird we didn’t eat), with a just right salty undercurrent. It’s practically life-altering. So are the baked beans, some of  the best I’ve ever had. I’m still cursing myself for not having ordered a double portion.

Kathleen, our gracious server, told us we couldn’t leave without having a slice of chess pie a la mode.  How can you say no to such a delicious invitation.  Besides we haven’t had a good chess pie since leaving Mississippi in 1995.  According to What’s Cooking America, “chess pies are a Southern specialty that has simple filling of eggs, sugar, butter and a small amount of butter.  Flavorings such as vanilla, lemon juice or chocolate are also added to vary the basic recipe.”  “The origin of the name, Chess Pie, is uncertain, but there are plenty of guesses and a bit of folklore surrounding the name.  The most probable explanation is that since the English lemon curd pie filling is very close to lemon chess pie, and they believe the word “chess” is an Americanization of the English word “cheese,” referring to curd pie.  Basically the Chess Pie is a cheese-less cheesecake.”  Gus’s chocolate chess pie is a checkmate.

It’s very telling that whenever Gus’s World-Famous Fried Chicken launches in a new location, it’s not viewed as an interloper there to supplant the local favorites, but as a very welcome and wonderful purveyor of transformative fried chicken almost everyone will love.