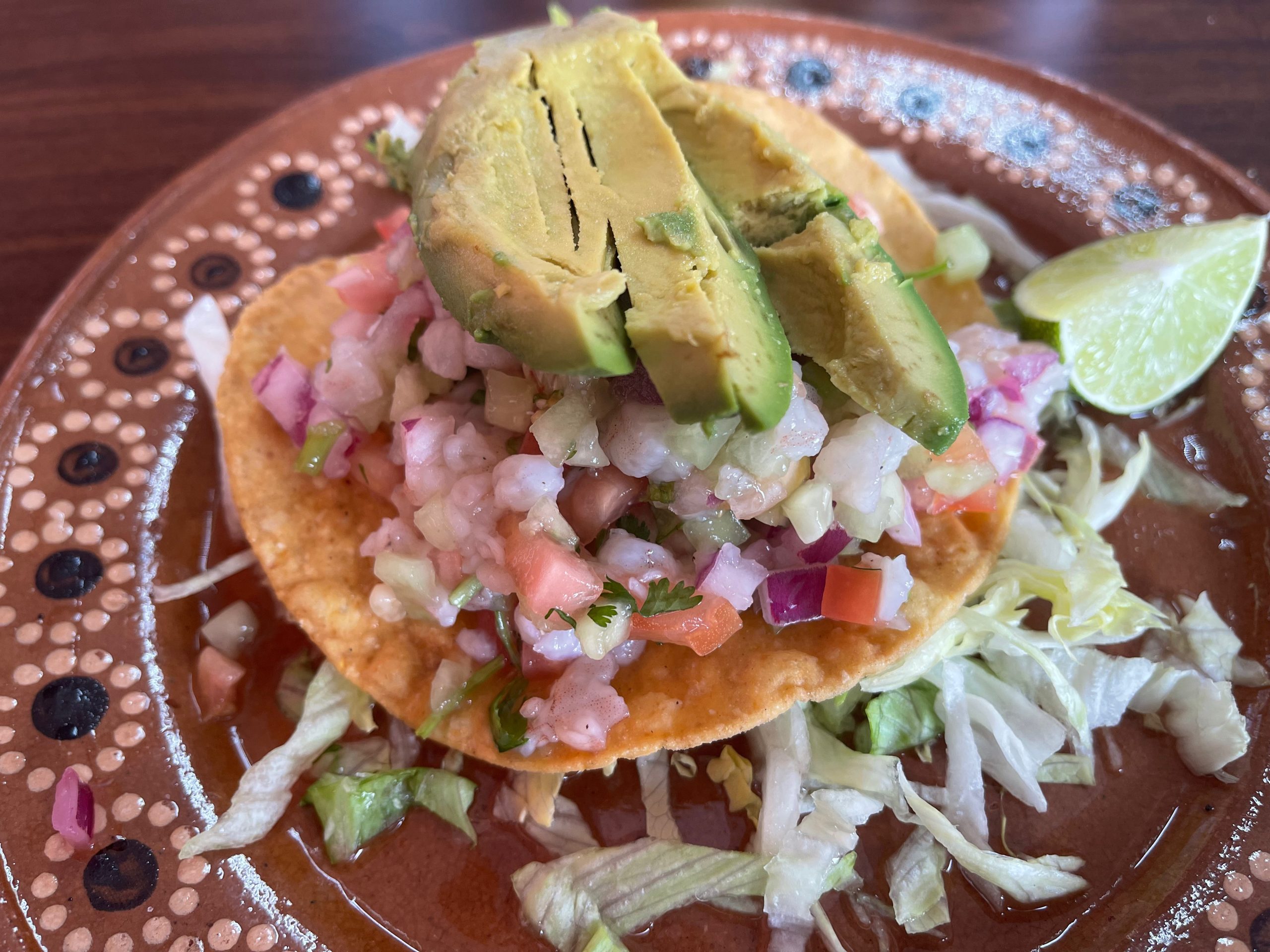 One syllable, one word, one simple expression…yet there probably is no more expressive interjection,  heart-rending cry or honest exclamation in the Spanish language than the simple word “Ay.” This–one of the most  diminutive among all words–can say and mean so much.  Depending on the context, “Ay” is used to express such emotions as:

The versatility of “ay” is virtually unparalleled (though you can usually tell what meaning or mood a speaker is ascribing to that oh, so simple and powerful expression).

Informally, “ay” may preface other words in place of curse words in order to make a phrase sound less harsh.  In essence “¡Ay, caramba!” and “¡Ay, Chihuahua!” are Mexican equivalents of “oh, shoot,” “darn” or “shucks.”  Perhaps the most famous use of the term is in the immortal Mexican song Cielito Lindo whose refrain exhorts “Ay, ay, ay, ay, canta y no llores.”  Some English dictionaries translate this as “oh, oh, oh, oh, sing and don’t cry,” but that just doesn’t sound right.  More recently, another song “¡Ay, Mi Mexico,” earned a Latin Grammy Award for Best Regional Mexican song in 2012. “¡Ay” in this song expresses joy, awe and wonder at just how blessed the beautiful nation of Mexico is.

When Tatiana and Martin Marquez contemplated what to name their new restaurant, Chihuahua native Tatiana proposed “¡Ay, Chihuahua!” in honor of her Mexican home state.  Martin, who was born and raised in the Mexican state of Sinaloa countered with the proposed name “¡Ay, Mi Mexico!,” as a way to honor their beloved home nation.  The name fits!  Ay, Mi Mexico! opened its doors in early June, 2022 on Menaul just west of San Mateo.  Its next door neighbor is Al Alwan’s Cafe, a relatively new restaurant that has garnered popular and critical acclaim.  Here’s hoping (and betting) Ay, Mi Mexico! will be similarly welcomed by Duke City Diners.

Tatiana and Martin (and Alma, a peripatetic server) are as welcoming and friendly as they can be. Visiting ¡Ay, Mi Mexico! is like visiting their home.  Hospitality abounds. The restaurant is beautifully appointed with a colorful Mexican motif that bespeaks of pride in the owners’ homeland.  Rustic Mexican clay cookware and plates seem to make the food just a bit more delicious.  Soothing Mexican music is piped into the dining room. The restaurant’s name is “sub-titled” with “Grill & Seafood Restaurant,” an indication of the menu’s versatility.  Tatiana explained that Chihuahua is renowned for cattle ranches while mariscos are a specialty in Sinaloa.

Grilled and seafood items provide abundant options for breakfast and lunch.  Bring your reading glasses; the print is rather small and unless you’re a graduate of Evelyn Woods Speed Reading Dynamics, it may take quite a bit of time to peruse through all three pages.  Fortunately, every item is described in both English and Spanish.  You’ll find intriguing options that aren’t commonly found in Duke City area Mexican restaurants.  As always, these are the items I encourage you to order.  Not only might you expand your repertoire of Mexican food favorites, you’ll thank me for my advice.

24 June 2022: As you’re perusing the menu, your server (or maybe Tatiana herself) will ferry over a basket of chips with a bowl of incendiary salsa.  The salsa features two fiery peppers–Serrano chiles and jalapenos along with garlic and tomatoes.  Texturally it’s somewhere between thin and thick which means scooping rather than dipping the low-in-salt, crispy and fresh chips.  My Kim found the salsa too piquant, but those of us who believe pain is a flavor won’t have any problem with it.

24 June 2022: Not only are denizens of the Land of Enchantment graced by the plenitude of red and green chile blessed food, our proximity to Mexico has meant the widespread availability of Mexican standards you won’t find in less fortunate, less enchanted sections of the country.  Among those is queso fundido which my Kim and I direly missed during our eight years in exile in Mississippi.  Trust me, the Magnolia State would love ¡Ay, Mi Mexico!’s version (even if it isn’t fried).  Make that versions.  It’s offered with chorizo, carne asada, camarones (shrimp) and rajas/jalapeño pepper and is served with your choice of flour or corn tortillas (or both).  The queso fundido with chorizo is terrific.  The chorizo has a rather unique texture, somewhat reminiscent of crispy bacon.  Whether that’s by design or by accident, it’s delightful.  Though queso fundido is a clogged artery waiting to happen, every once in a while this delightful indulgence and its caloric, cholesterol-packing deliciousness makes for a perfect starter.

26 June 2022: Tostadas de ceviche are less caloric than queso fundido and give you an entirely different flavor profile and experience. ¡Ay, Mi Mexico! offers two varieties: camaron (shrimp) and pescado (fish).  We had one of each.  The artistic presentation of the colors of the Mexican flag–red tomatoes, white onion, green avocado–on a crispy tostada is one of the most mouth-watering sights on a dinner table when you’re awaiting your main course. ¡Ay, Mi Mexico! piles a small netful of your choice of shrimp or fish onto each tostada, an even more gratifying vision of mariscos magnificence marinated in lime juice.  Ceviche isn’t only for pescatarians.

24 June 2022: Among the most intriguing items on the menu are three molcajete dishes: Molcajete Encanto (Enchanted Molcajete), Molcajete Frio (Cold Seafood Molcajete) and Molcajete de Mariscos Caliente (Hot Seafood Molcajete) . A molcajete is essentially a seasoned stone mortar meticulously carved out of a single rock of vesicular basalt by a skilled artisan. Not only are they esthetic, they are highly functional, used for crushing and grinding spices and as serving vessels. That’s how ¡Ay, Mi Mexico! uses them. The minute you place your order for one of the molcajete dishes, the round, three-legged mortar goes into the oven before your meal is prepared. Your entire meal will be served in the cavity of the molcajete which retains heat for the entire duration of your meal. This is “too hot to handle” heat that keeps your meal steaming hot for as long as half an hour.

The Molcajete Encanto is the house specialty, a spectacular melange of Mexican grilled and seafood favorites:  asada skirt steak–thinly sliced grilled beef flank steak; grilled chicken breast; Mexican chorizo, two bacon wrapped shrimp, four breaded shrimp,  nopalitos–verdant strips of nopal (prickly pear pads); queso fundido, green onions, grilled jalapeños with homemade corn  and flour or (and) corn tortillas.  The contents of the molcajete are partially submerged in a fiery green chile sauce that surpasses the salsa for piquancy.  This entree will feed an entire family.  My Kim was enamored of the bacon wrapped shrimp while the nopalito was my favorite.  That’s how it is with such a smorgasbord.

26 June 2022:No matter where you travel in Latin America, you’ll find grilled meat (carne asada) on the menu. Restaurants called parrillas which specialize in grilled foods also grill seafood (mariscos) and poultry. Particularly popular in Argentina and Colombia, the mixed grill called Parrillada Mixta (or just parrillada) can be any combination of grilled meats, poultry and seafood. My inaugural experience with parrillada in San Antonio, Texas left such a huge impression on my taste buds that I behave like Pavlov’s dogs upon seeing it on a menu. More often than not, I’m left disappointed because my very first parrillada set a nonpareil standard for excellence.

At ¡Ay, Mi Mexico! the parillada para dos (grilled meat skillet for two) is a platter brimming with beef chops, rib chops, queso fundido, charro beans, baked potatoes, grilled onions and grilled jalapeños.  As with the molcajete dishes, it’s large enough to feed a small family.  Carnivores, in particular, will enjoy sating their meat-loving bent.  Especially delicious are the beef ribs, similar to Korean-style barbecue ribs. These flanken-style short ribs are about six-inches in length, each strip containing at least two rib bones. Gnawing around those bones and extricating the sweet meat is a journey into deliciousness. There really isn’t much meat on each rib, but each meaty morsel if delicious.<

26 June 2022:  During the three years we lived in England, our favorite pub fare was baked potatoes with butter and salad cream.  Though pub menus were–contrary to stereotypes about English food–replete with delicious options, it’s a credit to English farms that the baked potatoes were so unbelievably good.  Good as they are, I’ve always contended that the best baked potatoes (papa asada) anywhere come from Mexico.  Not even the best American steakhouses can compete with simple baked potatoes at Mexican restaurants.  True to form, the papa asadas at ¡Ay, Mi Mexico! are excellent.  Surprisingly, so are the charro beans, usually a take-it-or-leave-it side dish at other restaurants.  Topping the reason for “leaving it” is underdone beans–not the case at ¡Ay, Mi Mexico!.  Kissed with cilantro and replete with little wieners, these are campfire worthy charro beans.

24 June 2022: There are only two desserts on the menu–a housemade flan and a vendor-provided cheesecake chimichanga (all of a sudden these are becoming a big thing).  What should have been a deep-fried tortilla may actually have been an eggroll wrapper inside which was generously packed with cheesecake and cherries.  A side of vanilla ice cream slathered with caramel sauce along with whipped cream made this already calorific dish even better.

There’s no questioning what the “Ay” in ¡Ay, Mi Mexico! is conveying.  It’s conveying a heartfelt pride in the nation of Mexico and its culinary treasures.