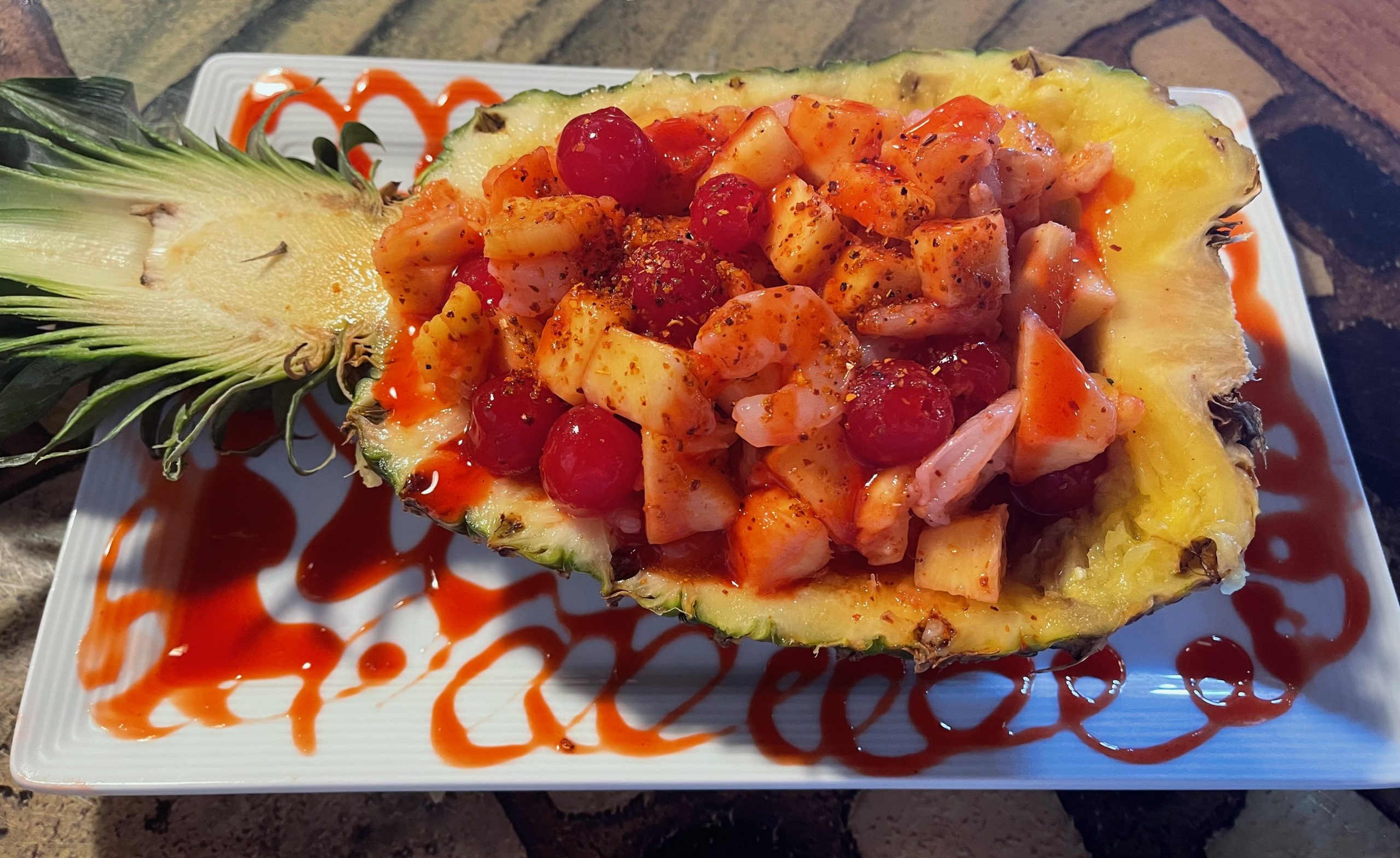 Molcajetes have become so commonplace on many a Mexican restaurant’s decor that we sometimes forget molcajetes are the traditional Mexican version of the mortar and pestle…that they have both form and function.  As we gawk in admiration at the symmetry and fine craftsmanship of a well-made molcajete, we don’t always reflect on the fact that throughout Mexico and some parts of the Estados Unidos molcajetes are still used to crush and grind spices and to prepare guacamole, moles and salsas.  In restaurants and homes in which molcajetes are used for their intended functional purpose, the guacamole, moles and salsas created within them are said to taste better, much better.

As James Beard Award-Winning Writer and Chef Patti Jinich says “A wonderful thing about molcajetes, is that since they are so porous they have a remarkable memory. They store within them, the essences, oils, smells and flavors of all that has been served or made in them. Maybe that’s why it is said that molcajetes season with time and use. Maybe that’s also why it is said that making a sauce or rub or paste in a molcajete makes it taste better.”  Patti’s theory has credibility.  The rough surface of molcajetes made with basalt stone form a superb grinding surface with durability over time as tiny bubbles in the basalt are ground down, replenishing the surface’s texture.

The molcajete has been integral to the kitchen for about six thousand years, first utilized by the Aztecs and Mayas.  According to historians, “upon marriage, the maidens of various Mesoamerican cultures received a molcajete carved from volcanic stone as part of their dowry.”  To home cooks of Mexican descent in Texas, the molcajete remains more than something used for cooking.  According to chef, food writer and film-maker Adán Medrano, “the blending of herbs represents the blending of Indigenous and Spanish cultures and the creation of an identity: To be Tejano, Chicano, or Mestizo is to be mixed.”

Restaurants such as Bernalillo’s Antojitos Lupe have long featured dishes in which molcajetes are used not only as a vehicle for the preparation of foods, they’re used as a serving vessel.  The minute you place your order for one of the molcajete dishes, the round, three-legged mortar goes into the oven before your meal is prepared. Your entire meal will be served in the cavity of the molcajete which retains heat for the entire duration of your meal. This is “too hot to handle” heat that keeps your meal steaming hot for as long as half an hour.

With the September, 2022 launch of El Molcajeton, Albuquerque has its very first restaurant which celebrates the versatile and utilitarian molcajete.  Though the restaurant’s name is suffixed by “Mexican Seafood,” there is so much more than mariscos on the menu.   “Mar  Y Tierra” (sea and land) are both well represented.  Fittingly, the proportion of seafood to land-based foods is about as proportionate as the Earth’s oceans are to the continents.  There’s a lot more mariscos on the menu though landlubbers will still find plenty to enjoy.  The first six items on the menu showcase foods (mostly mariscos) served on a molcajete.  Next on the menu are seven camarones (shrimp) dishes followed by for caldos del mar (seafood soups).  Tacos (asada, pastor, lengua, cabeza, pescado, marlin and camaron) are yet another inviting option.

As you’re perusing the menu, your server will ferry over a sombrero literally brimming with chips and two bowls of salsa.  That’s brimming as in the brim of the sombrero being covered with chips.  It’s a decorative and functional touch not often seen in these parts.  One diner explored the dual function of the sombrero by donning it over his head.  It was a bad fit, but right out of a Mel Brooks movie.  “Badges!  We don’t need no steenking badges.”  The salsas aren’t especially piquant, but they’re fresh and delicious.  The chips are lightly salted and crisp, a fitting repository for Gil-sized scoops of salsa.

There are dozens of intriguing options on the menu.  One, in particular, caught my eye.  With the unique name Pina Loca De Mariscos (literally crazy seafood pineapple), this dish is as attractive as it is delicious.  Essentially a pineapple is sliced in half, its contents extricated and sliced into pieces then served within the cavity of the pineapple along with shrimp, maraschino cherries, lime juice, chamoy and powdered chile.  It’s a melange of ingredients and flavor profiles which range from sweet to piquant to tangy.  The rectangular bowl in which the pina loca is served is decorated with chamoy, a saucy condiment made of dried chilies, lime juice, and fruit.  This dish would make a very attractive table centerpiece, but it makes a better lunch or dinner.

While her husband scours restaurant menus for the most unique (weird, strange, different) items, my Kim plays it safe.  She’s not a seafood lover so a good safe bet for her were the fajitas (beef, chicken, grilled onions).  Unlike fajitas at more “Americanized” Mexican restaurants, these fajitas are not served with shredded cheese or sour cream.  They are, however, served with a generous side of guacamole studded with jalapenos.  For my Kim, the jalapenos rendered the guacamole inedible, while I whined about the lack of piquancy.  We’re quickly becoming the yin and yang (or Alice and Ralph Kramden) of dining, but I suspect many couples have culinary tastes of opinion and still manage to get along marvelously.  At any regard, the fajitas (and especially the housemade corn tortillas) were terrific.

One thing even Ralph and Alice would agree upon is just how refreshing and delicious El Molcajeton’s Carlota De Limon (Mexican Lemon Icebox Cake) is.  This is a remarkably sophisticated yet easy-to-make dessert we had never before had.  The canvas for the light, frothy dessert are Mexican Maria cookies (galletas maria).  Layer upon layer of galletas soaked in evaporated and sweetened condensed milks tinged with lemon juice make this a candidate for my favorite dessert of 2022.  My Kim described it as a “pastel dos leches,” a play on the very popular Mexican pastel tres leches.  El Molcajeton also offers a coffee-flavored version.

El Molcajeton is located on the east side of Jefferson Street just beyond where it crosses over I-25.  It’s not especially easy to locate because its frontage actually faces the Pan American Freeway parallel to I-25.  Based on our inaugural visit on a late Sunday afternoon, it’s already been discovered by Mexican mariscos lovers.  El Molcajeton has a spacious dog-friendly patio facing the Pan American Freeway.  Our debonair dachshund The Dude rates it four bones for ambiance and pet-friendliness.

“Molcajete” is the Spanish word for mortar and pestle a name derived from the Aztec words meaning “seasoning” and “bowl.”  Tradition and legend are correct in that foods prepared in and served in a molcajete are even more delicious.  El Molcajeton certainly aims to prove that to you.