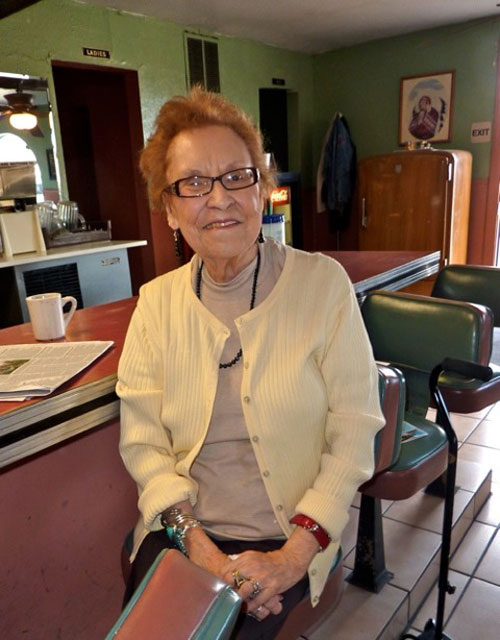 The pinnacle of achievement in the culinary world. That’s what a James Beard Foundation award signifies. Deemed “the Oscars of the food world,” by Time magazine, The James Beard Foundation Awards are the country’s most coveted honor for chefs; food and beverage professionals; broadcast media, journalists, and authors working on food; and restaurant architects and designers.

Considered the “Dean of American Cookery,” Beard established a legacy of culinary excellence and became a household name to generations of home cooks and professional chefs. Today, the James Beard Foundation, a national not-for-profit organization is dedicated to celebrating, preserving, and nurturing America’s culinary heritage and diversity in order to elevate the appreciation of our culinary excellence.

In January, 2010, Mary & Tito’s was announced as the 2010 recipient of the Foundation’s “America’s Classics Award,” a prestigious accolade honoring “a restaurant with timeless appeal, beloved in its region for quality food that reflects the character of its community. The establishment must have been in existence at least 10 years and be locally owned; preferably it is also informal and moderately priced.” Each year, only five America’s Classic Awards are bestowed.

So that honorees can make arrangements to attend, the America’s Classics Award is the only James Beard Award announced in advance. Mary and her daughter Antoinette, the heart and soul of Mary & Tito’s, will be traveling to the awards ceremony at New York City’s fabled Lincoln Center in March, 2010.

Mary & Tito’s has been earning devotees since 1963 with the best, most authentic New Mexican cuisine in the Land of Enchantment. It is the third restaurant in New Mexico to be honored with the America’s Classic Award, joining Santa Fe’s Cafe Pasqual (honored in 1999) and The Shed (honored in 2003) as honorees.

Congratulations, Mary and Antoinette and the terrific crew at Mary & Tito’s on a very well-deserved honor! You can read my full review of Mary & Tito’s here.

2 thoughts on “Mary & Tito’s Recognized as an American Classic”