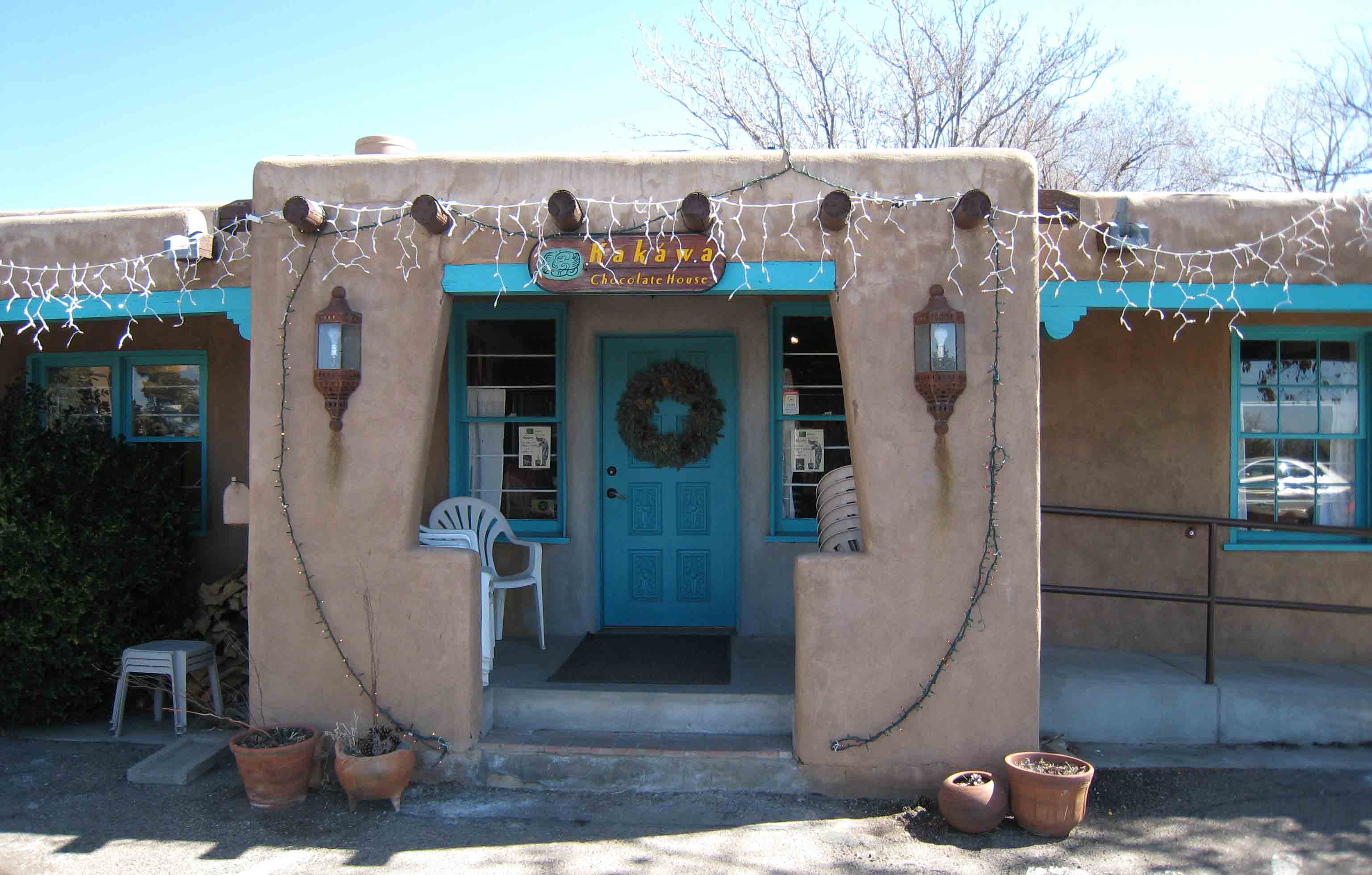 In a 1995 episode of Seinfeld, Kramer attempted to deduce George’s ATM code: “You’re a portly fellow, a bit long in the waistband.  So what’s your pleasure?  Is it the salty snacks you crave?  No, no, no, yours is a sweet tooth.  Oh you may stray, but you’ll always return to your dark master, the cocoa bean.”

America is, like George Costanza, a nation of chocolohics.  The Chocolate Manufacturers Association estimates that the per capita consumption of chocolate among Americans is about 11 pounds per person per year.  That translates to 27,000 calories, 1530 grams of fat, 1130 milligrams of cholesterol, 4400 milligrams of sodium, 3150 grams of carbohydrates and 350 grams of protein.  In 2001 Americans consumed 3 billion pounds of chocolate at a cost of some $13.1 billion.

The World Atlas of Chocolate reports that milk chocolate is America’s favorite variety of chocolate.   Because it is made with a lower proportion of cocoa solids and contains milk, chocolate snobs like me dismiss milk chocolate as a sweet indulgence, the type of tooth-decaying chocolate we ate as children when we didn’t know better.  Our pedantic affections have been ensnared by ebony, bittersweet bars with adult levels of cacao, the darker and more bittersweet the better.  We like our chocolate the way we like our coffee–as black as night and as potent as hemlock.

As if we needed another reason to indulge in the addictively strong, cocoa-rich flavor of dark chocolate, recent research indicates eating a small 1.6-ounce dark chocolate bar is very good for you.  Attribute that to a metabolite called epicatechin, a flavonoid which keeps cholesterol from gathering in blood vessels, reduces the risk of blood clots and slows down immune responses that lead to clogged arteries.  German researchers have also found another health benefit derived from dark chocolate–the lowering of  blood pressure.  Alas, moderation is prescribed since even dark chocolate is calorie-laden.

The Olmec culture preceded the Mayans and Aztecs in  domesticating the cacao tree and unleashing the salubrious qualities and deliciousness of chocolate.  Though the  Meso-American cultures may not have known all the chemical reasons for the healthful benefits of chocolate, they did recognize they had something special.  Warriors consumed cacao wafers, believing the cacao gave them strength for battle.  Chocolate beverages were also believed to have stamina enhancing properties which came in handy when “entertaining” concubines.

In Montezuma’s great city of Tenochtitlan (which the Spaniards later renamed Mexico City), chocolate was considered a luxury drink reserved exclusively for gods and the ruler class. It is believed that Montezuma’s daily constitution included up to 50 goblets of a finely ground, foamy red dyed chocolate flavored with chili peppers, vanilla, wild bee honey and aromatic flowers.

Very few people know or appreciate the origin of chocolate as much as the folks at Santa Fe’s extraordinary Kakawa (an ancient Olmec word for chocolate and the cacao tree) Chocolate House.  Kakawa is passionate about authentic and historic drinking chocolate elixirs spanning the time period 1000 B.C. to the mid 1900s A.D.  That passion translates to outstanding chocolate experiences for connoisseurs.

All of Kakawa’s chocolate creations are hand-made in small batches using the best cacao beans in the world, a process which can’t be rushed.  Utmost care is taken to ensure not only the finest quality and freshness, but historical authenticity.  Although there are no existing Meso-American chocolate recipes per se, Kakawa’s founder Mark Sciscenti (no longer with the shop) pored over archaeological evidence to discern ingredients and proportion.  That  attention to detail is a hallmark of every scintillating scintilla of chocolate.

In the tradition of the Meso-American chocolate pioneers, most of Kakawa’s chocolate drinks are made with water.  A few contain restrained amounts of milk, rice milk or almond milk.  This allows the purity of cacao to shine through while preserving its healthful qualities in ways that are lost when milk is added.  Parsimonious amounts of traditional agave nectar or honey are used to impart a bittersweet quality to the chocolate.  There is some evidence that both honey and agave nectar were sparsely used by the Meso-American cultures because of their high value.  They were also considered to be flavoring agents and not sweeteners as we view them today.

From among the Pre-Columbian Meso-American/Mayan chocolate elixirs, one that will cure whatever ails you is the Acuyo made from the Mexican pepper leaf (sometimes called the root beer plant).  In its plant form, acuyo has a very pleasing fragrance somewhat reminiscent of anise, nutmet and black pepper.  Those qualities translate well in a cup of chocolate elixir sweetened with honey and spiced with a mild chili.

Chilis of several types and degrees of piquancy are used on several elixirs just as Montezuma’s personal chef may have crafted them in the 15th century.  Mild chili is also used on the blue corn atole, an elixir made from roasted corn flour sweetened with honey.  Growing up in northern New Mexico, every time I was sick I was subjected by my grandmothers to blue corn atole, a gruel-like substance I found repulsive.  Abuelitas still love their blue corn atole in northern New Mexico where it is often served like cream of wheat.   Over time I’ve also grown to appreciate its unique qualities.

In an episode of the Food Network’s “Heat Seekers,” hosts Aaron Sanchez and Roger Mooking tested their masochistic mettle by sampling some of the city’s most piquant plates.  Kakawa’s caramel and chocolate dipped arbol chilis watered their eyes and left them coughing and sputtering in delicious agony.

Practically contemporary in comparison to the millenniums-old style of indigenous Meso-American chocolate is an English chocolate elixir, circa 1680.  This rich, complex semi-sweet chocolate is made with milk, egg yolks, cinnamon, sherry and orange blossoms.  Like all chocolate drinks, it is served in three-ounce cups.  You’ll rue your next cup of Swiss Miss.

Kakawa’s amazing menu also features chocolate truffles, brownies, cookies, tortes, cakes and other desserts made with a unique blend of flavorful top quality chocolate ameliorated with the highest quality spices and natural flavor extracts in creative combinations to delight the body and soul–combinations such as a truffle crafted from chaya (known sometimes as tree spinach), mesquite and Oaxacan pasilla chili sweetened with prickly pear fruit nectar.  This is a truffle to savor slowly, a rare indulgence of chocolate heightened to its peak of flavor with disparate ingredients only a chocolate master would dare.

The Mexican brownie, made with cinnamon, pecans and chile with floral waters is decadent and delicious, a rich and moist brownie with pecans in every bite.  It is a perfect counterpoint to the chocolate decadence brownie, resplendent with chocolate chunks.  Neither is cloying like out-of-the-box brownie mixes tend to be and both are absolutely delicious.

If you’re besotted with the coco bean and in particular its dark children, there may be no better place in New Mexico for that love to be requited.