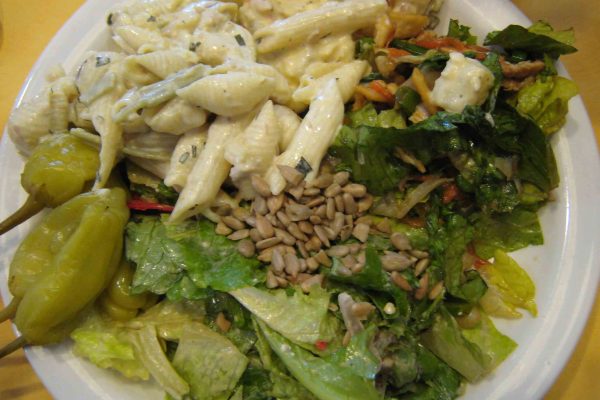 In the early 1980s, Albuquerque native and Tokyo Olympian Buster Quist (whose brother Terry I worked for at the time) launched within the Coronado mall, one of the Duke City’s very first salad bars.  The salad bar concept was a few years ahead of its time and the restaurant venture went belly up—a condition portly Americans have, not coincidentally, experienced en masse (no pun intended) over the years.

Salad has been a popular dietary staple for a long time, but only in recent years have creative cuisine crafters added imagination, flair and flavor to what used to be bland and unimaginative greenery.  The lack of imagination in crafting salads has always reminded dieters that the word “diet” is simply “die” without the letter “t.”  Today restaurants such as Sweet Tomatoes have added a creative flair that includes high calorie ingredients that can be diet devastating.

At Sweet Tomatoes, a burgeoning franchise, it will take self-discipline to steer clear of such diet destroying delicacies as the chocolate chip muffins, chocolate muffins, warm apple cobbler, Asiago focaccia and tomato focaccia bread, all of which are not only tempting, but pretty good.

Sweet Tomatoes lets you craft every salad combination conceivable with a bounteous array of options and dressings.  From among the daily offerings, the wonton salad is also first rate while the Tarragon tuna salad is a paragon of macaroni magnificence.  It is one of my very favorite macaroni salads anywhere.

Limited time taste treats which will hopefully be well enough received to make it to the daily menu include a Mandarin spinach tossed salad with a tangy citrus sauce and crunchy walnuts.  Another limited time favorite is the Dijon potato salad with garlic dill vinaigrette.  Even better is the limited time edition gorgonzola spinach salad which I improve upon by adding blue cheese crumbles.  A fourth limited time salad which captured our fancy is the “Strawberry Fields” (but not forever) salad with sliced strawberries, raisins and a vinaigrette dressing to embolden the entire experience.

Sweet Tomatoes serves soups to warm the cockles of your heart.  I must admit to indulging on the chili on occasion because it reminds me of the limited chili options (usually just Wendy’s) I had when living in Massachusetts from 1977-1979.  (For my penance, I’ll say 500 Hail Hatch prayers.)

At Sweet Tomatoes you can get a good, healthy meal at a reasonable price and come away quite satisfied.  You can also indulge in a high carbohydrate, high calorie meal.  The choices are delicious. 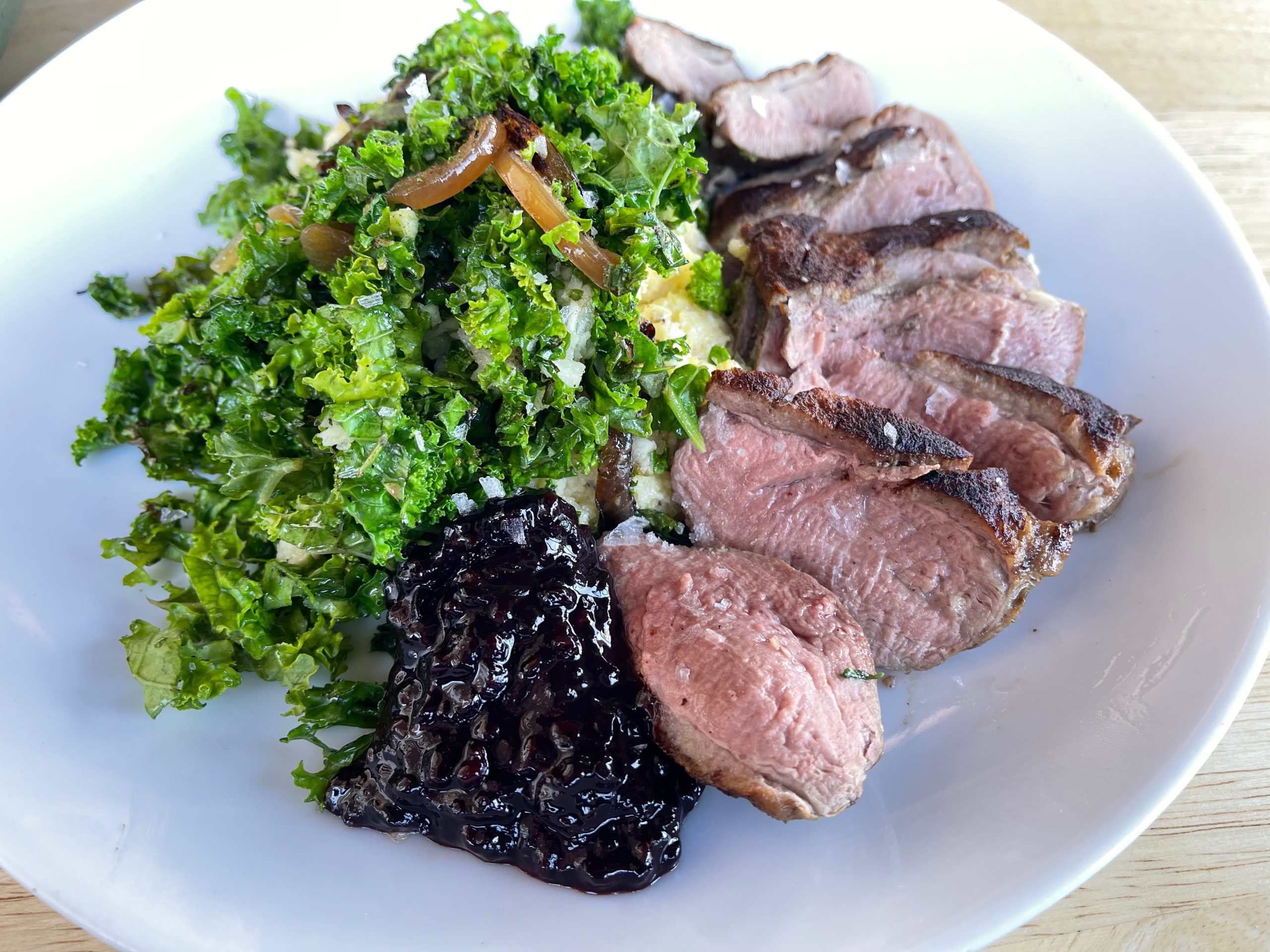 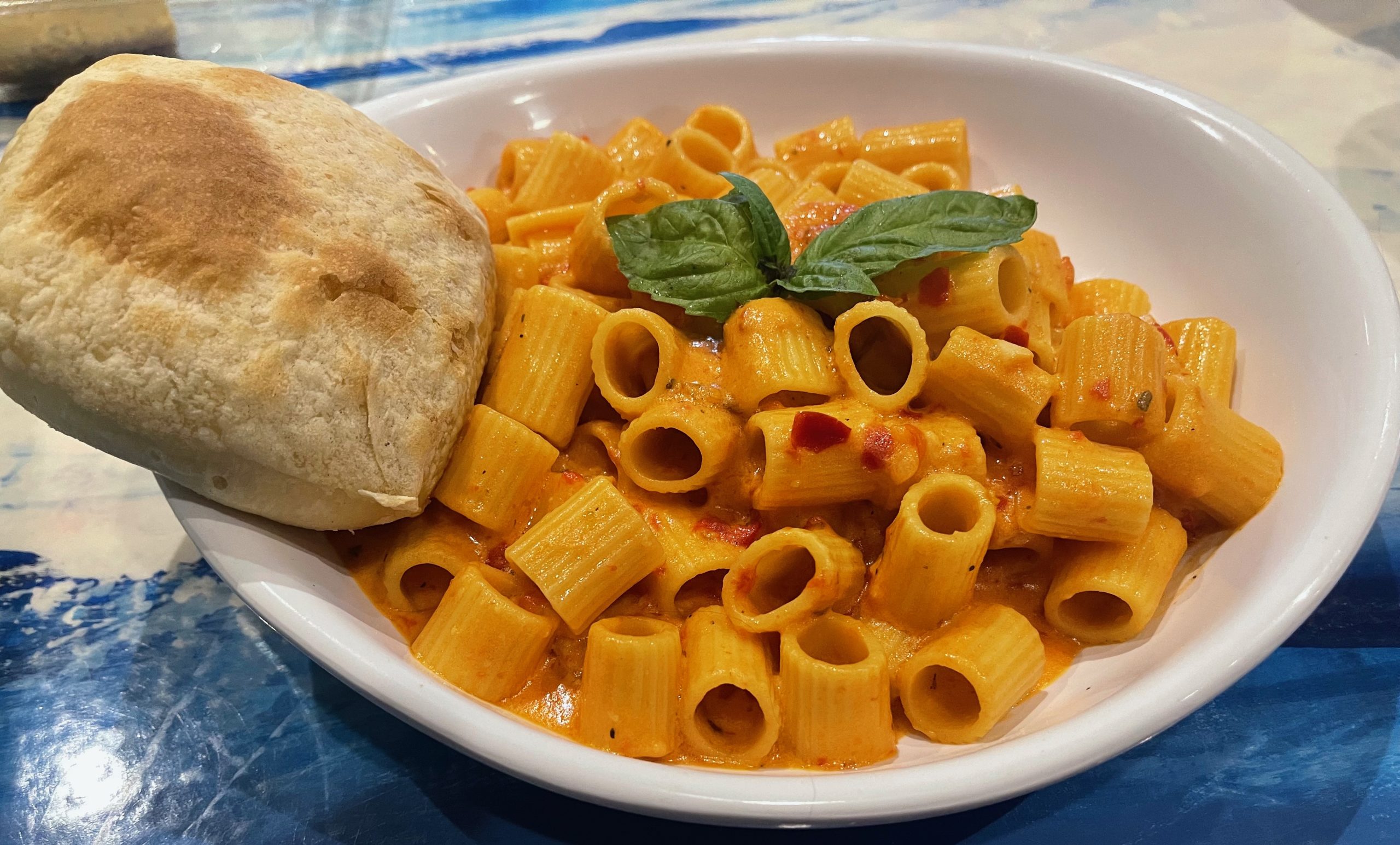 Gil, my spouse and I ate at Sweet Tomatoes based on your rec and a two for one coupon I found in the local newspaper. Total bill for two about $14, including soda pop drinks.

Poor value for the money, big mistake. Speciality salads were abysmal, Soups were impossibly salty, pastas were soggy dreck. At full price, I would be complaining more loudly.

Just another one of the (nastier) chain restaurants in ABQ.

Only redeeming feature: If you bypass the specialty salads and concentrate only on making your own (at the end of their line), that part is readily edible (excepting the fatty salad dressings).

Thanks for the link correction and the link suggestion. Will update my links accordingly. It has been hard to find a “New Mexican” Mexican blog because “New Mexican” or even “New Mexico” to the search engines doesn’t necessarily have anything to do with the state of New Mexico.

In Orange County we have one “New Mexican” Mexican restaurant that my friend found out about when he heard they had food similar to what he had growing up on an Indian reservation in Arizona.

http://ocmexfood.blogspot.com/2006/01/anitas-review-1.html (will be adding some more pictures to it soon)

And, yes, I know what you mean about the distinctions between all the different kinds of Mexican food. People here have this idea that if it doesn’t come from a hole-in-the-wall or a taco truck that the only other *possible* category it could fit in is “Tex-Mex.” I have even seen people call Taco Bell “Tex Mex.” But I’d like to educate people about the differences.

Anyways, how do you tell when an independent restaurant becomes a chain? As soon as it grows to two locations?

On another note I have been looking for a blog that covers Mexican food in New Mexico and your blog appears to be it. The best link here I can figure for it is: http://nmgastronome.com/?cat=141 and I have added it to my master Mexican food site at: http://www.usmexfood.com/

If you know a better link for me to use let me know.

There are some chain restaurants I do frequent, but only because they fill a niche. There are, for example, no mom-and-pop restaurants in Albuquerque focusing exclusively on salads or fried chicken. I also support local chains that retain the mom-and-pop values and operating models under which they were founded. Where I rail most strongly is against corporate megaliths that prepare and ship frozen their copycat entrees (i.e., Chili’s) so they can be re-heated at their destinations across America. Anthony Bourdaine may have said it best in comparing the spread of Chili’s restaurants across America to the spread of herpes.

Congratulations on the launch of your new blog. It is a great resource. The link you have for my site includes reviews of more than Mexican restaurants. If you’re looking solely for my reviews of Mexican restaurants in New Mexico, I’d use http://nmgastronome.com/?cat=57. Please understand, however, that New Mexican cuisine (http://nmgastronome.com/?cat=112) has its genesis in Mexican food with influence from local Native Americans. It is distinctly different from Tex-Mex cooking or the Mexican food you might find in California and Arizona.
Here’s another link for your blog: http://www.eskimo.com/~sockeye/Mexican.html. Steve’s Gastronomic Web includes reviews of Mexican restaurants, primarily throughout El Paso and southern New Mexico.

Chain or not, I could eat there just off of the photos. Gil, your photos would make the food network excitedly sanguine. I’ve always wanted to try this place and now have a good reason. Thanks!

Indeed, they are a chain. 109 locations and counting:
http://www.souplantation.com/ourhistory/

I’ve found the options for low-calorie meals lacking at Sweet Tomatoes compared to Souper Salad. They charge you to add chicken to your salad while offering no other protein besides eggs and nuts. At least Souper Salad has turkey ham on the buffet….

Also, check the nutrition guides online for the damage that some of those prepared salads will do – a healthy sounding tossed salad can have far more calories and fat than one of those blueberry muffins. The only way to reliably craft a lower-calorie meal (if that is your goal!) is to fill your plate with ‘solo’ ingredients – nothing pre-mixed.

Gil, isn’t Sweet Tomatoes a chain? You said, “Chain restaurants have their place in the world though not in mine.” Please explain, thanks.