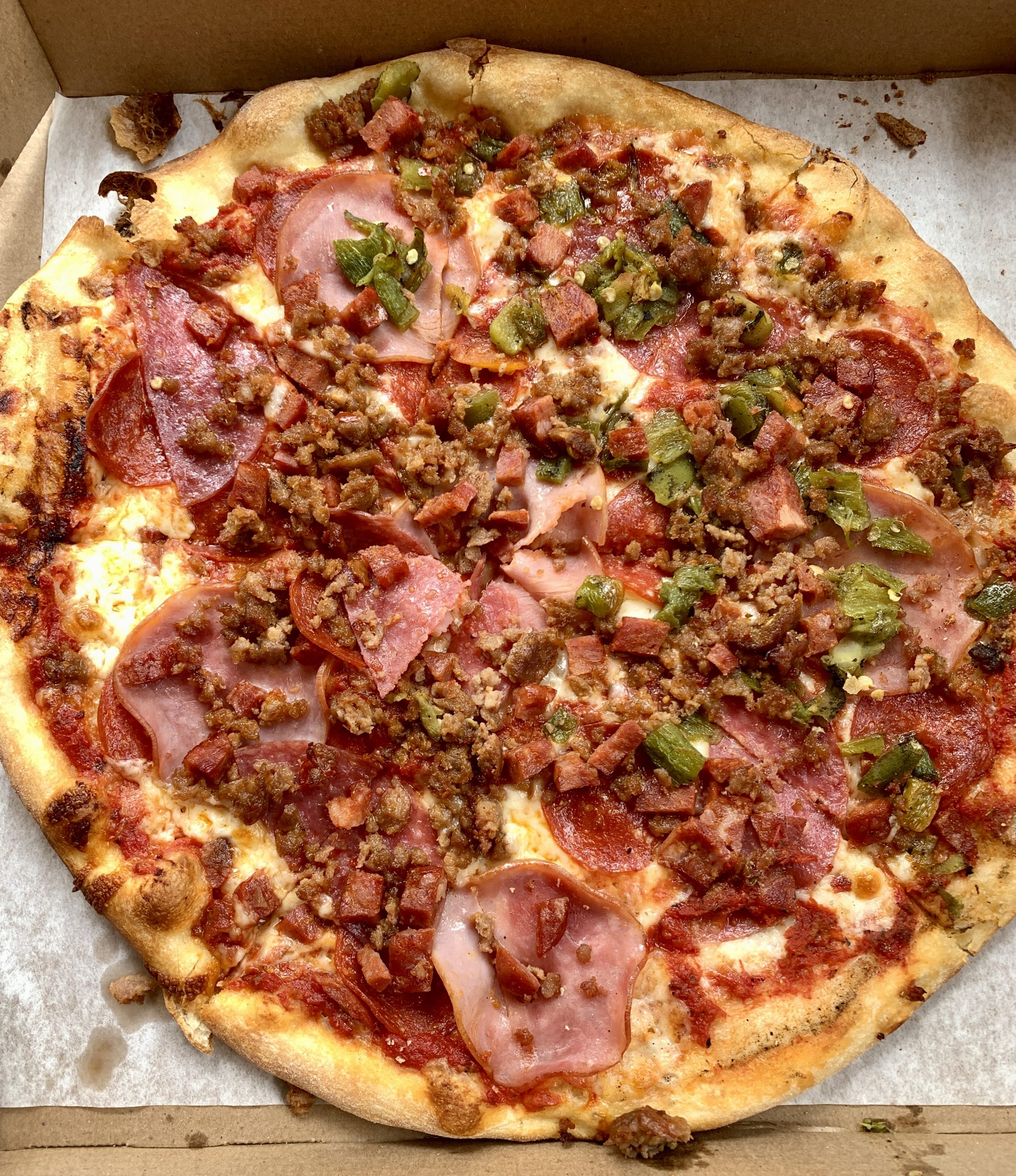 You might think that a beautiful town whose very name translates from Spanish to “noisy” would be boisterous and braggadocious abut all there is to see and do in that town.  Not so according to writer Tania Casselle.  Penning a piece for New Mexico Magazine Tania contends that “Ruidoso flies under a lot of people’s radar, even though regular vacationers are intensely loyal—and probably don’t want too many people to know about it.”

Whether or not it truly it truly flies under a lot of people’s radar, Ruidoso is indeed an idyllic location, an enchanted mountain oasis of incomparable beauty.  It’s an year-round mountain playground in which deer, elk, turkey, quail, bear and lots of Texans roam the golf courses and streets.  Those are the qualities for which Ruidoso is known…at least by vacationers who probably don’t want too many people to know about it.  What Ruidoso hasn’t been widely known for–at least until rather recently–is its culinary scene.

Denizens of the Land of Enchantment know the best green chile cheeseburgers in the universe can only be found within our state’s borders. We esteem our green chile cheeseburgers with such high regard that our state’s Department of Tourism promotes a trail listing purveyors who prepare them best. Most of us couldn’t fathom of a burger without green chile, but the rest of the fruited plain isn’t quite as lucky. For much of the country, bacon is the burger additive of choice.  In 2018, Delish evaluated Yelp reviews and published a list of the “Best Bacon Burger in Every State.” New Mexico’s best bacon burger, the “Southwest Burger” comes from Hall of Flame Burgers in Ruidoso.  Hall of Flame Burgers is on the New Mexico Green Chile Cheeseburger Trail so you’ll certainly be able to improve the state’s best bacon burger with the addition of our sacrosanct green chile.  We tried to visit Hall of Flame, but arrived fifteen minutes after its 7PM closing time.

Far & Wide contends that “even bad pizza is pretty good, but there are some pizzas that are much better than “still pretty good” – they’re out-of-this-world amazing.” Using TripAdvisor data of all the pizza joints for which reviewers were giving top marks—accounting for overall ratings and the quality and quantity of reviews–Far & Wide compiled a list of the best pizza in every state. The very best pizza in the Land of Enchantment, according to Far & Wide, comes from Café Rio in Ruidoso. “Reviewers love: Watching the chefs toss the pizzas — and devouring the aptly named Kitchen Sink pizza, featuring pepperoni, Canadian bacon, salami, mushrooms, bell peppers, red onions, black olives, green olives, fresh jalapenos, green chile, Italian sausage, chopped beef brisket, andouille sausage, pineapple and anchovies.”

Though we missed out on enjoying the Southwest Burger at Hall of Flame, we were determined not to miss out on a pizza from Cafe Rio even if the Covid crisis changed the way we would experience it.   We called our order in at 1PM and were instructed to pick it up at 3PM.  From what we’d heard and read, even under “old normal” circumstances, finding a seat would have been a challenge.  Cafe Rio is a Lilliputian lair with sparse seating.  Long waits for one of the few tables is pretty standard.

Cafe Rio is an institution in midtown Ruidoso where its deep Navy blue exterior has been a beacon for more than a quarter century.  Its operating philosophy speaks volumes as to the reasons for its lightning growth.  It’s a customer-centric philosophy which proudly declares: “We believe that you are our greatest asset and aim to provide the absolute best experience every time you visit. We pride ourselves on our excellent reputation among our followers and push ourselves to always meet and exceed those standards which you all have set for us over these last two-and-a-half decades.”

Considering the diminutive dwelling in which Cafe Rio plies its pizza, you might be surprised to find a rather expansive menu: four starters, four items on the soup and salad menu and four sandwiches.  Peruse those quickly.  It’s the pizza menu that warrants your rapt attention.  Avian appetites will be happy to see you can still get a single slice with as many as two toppings, but most of us will gravitate toward the specialty combinations (white or red), preferably in the “jumbo” sized option.  The aforementioned “Kitchen Sink” is a best seller, but less adventurous diners might strip out anchovies and (or) pineapple.

According to Cafe Rio’s website, the restaurant serves “East Coast-style pizza,” a rather broad term which generally means fresh-made daily, from scratch crust that’s relatively thin and crispy with just a slight cornicione (an Italian term for the “lip” or puffy outer edge of the pizza) and just a few high quality ingredients.  Just as with burgers, there’s a finite number of ingredients with which you can top a pizza before it becomes a jumble of indiscernible flavors.  Irrespective of that number, green chile still makes that pizza better.  The Meat (pepperoni, Canadian bacon, salami, beef brisket, andouille sausage, and Italian sausage) with green chile is an amazing pizza even though it may defy the “East coast-style” template because of its sheer number of ingredients.   This carnivore’s delight certainly belongs in any conversation about New Mexico’s best pizza (though my money is still on Forghedaboudit).

We weren’t quite as crazy about our starter as we were about the pizza.  There were two strikes against the otherwise aptly named Tzatziki (cucumber, Greek yogurts and fresh chopped garlic served with fresh focaccia).  First, it showcased cucumbers with large slices of the thickly cut fresh, crunchy vine plant instead of making them a complementary ingredient and vehicle for the yogurt and other seasonings.  Cucumbers have very little flavor and typically need a lot of help.  Second, the “fresh” focaccia had a day-old texture, perhaps by design.  Soft focaccia wouldn’t have held up as well as the cucumbers, but would have had the tzatziki been more sauce- or dip-like.

If indeed Ruidoso residents and vacationers would like to keep this enchanted paradise their own well-kept secret, visitors to Cafe Rio might just blow it for them. This is a pizza joint so good you’ll want to shout it from the rooftops.