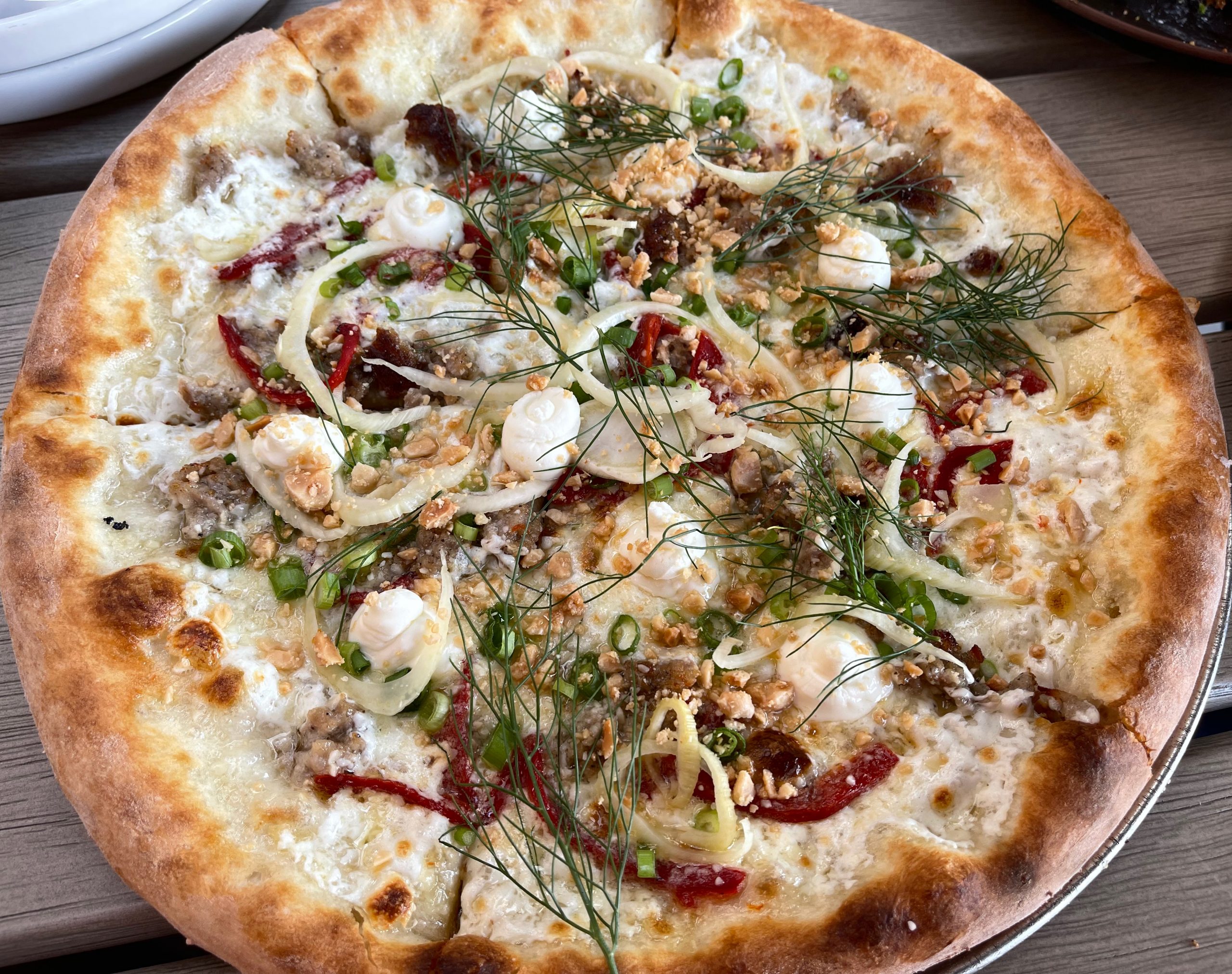 A-Team leader “Hannibal” Smith (George Peppard) used to say, “I love it when a plan comes together.”  We learned during our trip to Salt Lake City that sometimes baking in a little flexibility into a well thought-out plan can produce results even better than expected.  Such was the case with our trip to Salt Lake City.   Capably assisted by my dear friend Becky Mercuri,  I did a lot of research on the Salt Lake City area restaurant scene, compiling a list of dozens of prospective restaurants.  We literally didn’t even begin winnowing down that list until just before setting out each day.

Predictably, some of the critically acclaimed restaurants on our list were as good as expected.  More often they were even better.  Undoubtedly the biggest surprise of our week-long vacation was a restaurant which hadn’t even been on our list.  After the Female Foodies steered us to Sweet Lake Biscuits & Limeade and Freshies Lobster Co. we began looking even more critically at their “15 Best Restaurants in Salt Lake City (2021)” compilation.  Ranking tenth and listed as “the best new restaurant” in the city was Nomad East, an eatery with a special emphasis on artisan pizza.

We expected Nomad East to be “best new restaurant” good.  What we couldn’t anticipate is just how good.  Or just how much Nomad East takes the concept of “artisan pizza” to rarefied heights of creativity with ingredients you don’t often see combined on even the most pulchritudinous of pies.  Or an exceptional selection of “shares” (some entree-sized) so enticing and delicious that they warrant a visit or ten by themselves.  Or our server’s typical response to the praise we lavished being “that’s what we expect.”

Expect to be blown away!   From a pizza that ranks among the ten very best pizzas I’ve had in my 39-years of walking this terrene plane to a shareable plate of heirloom tomatoes so fabulous they merit the distinctions “pomi d’oro” (apples of gold) and “pomme d’amour” (love apple), Nomad East enthralled us at every bite.  A sun-shielding south-facing patio provides the best seat in the house if you’re dining with your four-legged fur babies, but make sure to spend time inside the restaurant.  Just above the exhibition kitchen is a well-worn cookbook collection that bespeaks of the chef’s reverence for culinary traditions.

The aforementioned heirloom tomatoes (whipped feta, preserved lemon, roasted broccolini, bread crumbs, pickled celery, sunflower seeds) was exemplars of juiciness, size, shape, and colors.  Best of all whether red or green, these tomatoes are the antithesis of the watery, mealy, flavorless tomatoes you find at a grocery store.  Fantastic as they were, our favorite component of this pulchritudinously plated dish may have been the pickled celery.   Bright and crunchy with a delightful crunch, they made a favorite of a vegetable neither of us have ever liked.

Habitues of Gil’s Thrilling… are well acquainted with my reverence for elotes, grilled Mexican street corn.  The Nomad East equivalent is called simply oven-roasted corn (crema, cotija, toasted pepotas (SIC), Serrano powder).  By any other name, this shareable plate of four roasted corn cob halves is surprisingly good.  At first glance the corn looks like the recipient of a Wasach snowfall so generously is the cotija heaped on.  Maybe the profusion of powdered fromage is designed to quell the sweltering heat of the Serrano powder.

“Food is about making an interaction with ingredients,” acclaimed chef and humanitarian José Andrés once said. “If you talk to them, they will always tell you a story.” The story told by the Inigo Montoya pizza (garlic cream, mozzarella, piquillo pepper, sausage, picked fennel, whipped goat cheese, green onion, marcona almonds) is a love story…or it will be at first bite and every bite thereafter.  A characteristically thin crust and light char make the perfect canvas for ingredients that tell that story   Every ingredient pairs harmoniously with every other ingredient.  Creative Neapolitan pizza never tasted this good.

Utah may rank only 14th in peach production, but for sheer taste and juiciness, peaches rank with those from Georgia, the Peach State.  Utah’s cool nights and soil conditions are paradise for peach trees.  It’s no wonder so many restaurants offer peach-based desserts such as Nomad East’s roasted local peach (green cardamom creme anglaise, house granola).  The caramelization process gives the peaches a nutty, almost buttery caramel flavor that brings out even more of the peach’s sweet flavor while the cardamom creme anglaise tastes slightly like melted vanilla ice cream.  Then there’s the house granola with its subtly savory notes that counter-balance the sweet and tangy flavors of the peach.  This dessert is a showcase for Utah peaches.

In some cultures, food is offered as a sacrifice to a diety.  At Nomad East, food is offered to a wood-fired oven which transforms it into some of the most unique and delicious pizza and shares you’ll find across the Mountain states.