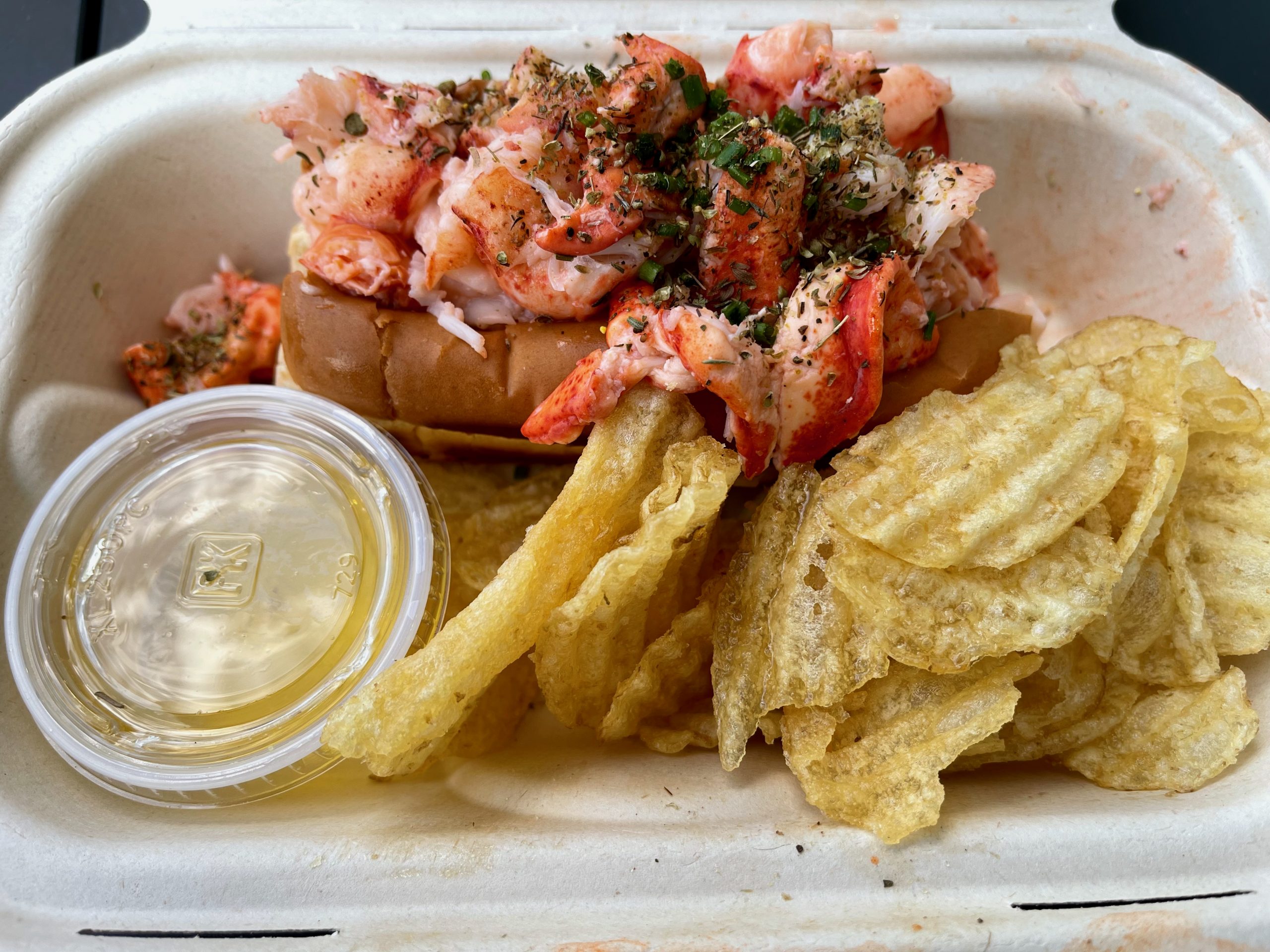 The best lobster in the world?  In Salt Lake City?  That’s as improbable as the Detroit Lions winning a Super Bowl, as unlikely as drivers in New Mexico developing the motor skills to use turn signals, as far-fetched as a conservative NRA member driving a Subaru in Santa Fe.  As a landlocked state some two-thousand miles from the cold New England waters that produce the world’s most delicious lobsters, the notion that a Salt Lake City restaurant would be acclaimed as home of the “world’s best lobster roll” seems quite implausible indeed.  Even the concept that a lobster restaurant (other than Red Lobster) would experience wild success in Salt Lake City could be construed as rather fantastical.  Utah isn’t exactly known for lobster.   Fry sauce, funeral potatoes, Jell-O salad yes, but not lobster.

Earning the distinction of the “world’s best lobster roll” is precisely what Freshie’s Lobster Co. in downtown Salt Lake City did.  In 2017, Freshie’s owners Lorin and Ben Smaha competed against twelve other contenders for “World’s Best Lobster Roll” at the “Down East Lobster Roll Festival“ competition in Portland, Maine.  Most of the other competitors were from Maine.  A panel of professional judges voted Freshie’s version of the lobster roll the very best in the world. Comprised of a number of food writers and a lobsterman, the judges evaluated lobster rolls based on overall taste, texture, and satisfaction.

To be fair, Ben grew up in Coastal Maine and Lorin was raised in New Hampshire.  Lobster is part of their DNA.  Thankfully it’s something they wanted to share with Utah. Launching a seafood restaurant in Utah wouldn’t likely be any venture capitalist’s idea of a good business opportunity so the Smahas started slow.  When selling lunches out of a tent at a farmers market proved fruitful, they graduated to a food truck (that’s mobile kitchen to you, Bob).  In 2016 they launched their first brick-and-mortar operation in Park City.  A few years later they opened a second location, this time in Salt Lake City.  A third location–in Jackson, Wyoming–took off not long thereafter.

Although Freshie’s doesn’t have the advantage of literally plucking the red, beady-eyed crustaceans out of the water and serving them to seafood aficionados, the lobsters served at the restaurant are flown in fresh every day.  In fact, the restaurant’s motto is “From the shore to your door in twenty-four.”  In other words, a lobster caught in the morning in Maine’s cold waters will arrive in Salt Lake City by 11AM the next day ready to be distributed to the three Freshie’s locations.

Having lived in Massachusetts for two years, I’ve enjoyed boatloads of lobster rolls from some of the most prominent purveyors of the crimson crustaceans.  Until perusing the Female Foodie blog’s compilation of the fifteen best restaurants in Salt Lake City, however, I had no idea Freshie’s even existed, much less that it ranked fifth in the best restaurants list.  Because the Female Foodie blog had steered us right on several other recommendations, we knew we’d have to try Freshie’s and partake of the world’s best lobster roll.

True to New England tradition, Freshie’s lobster roll is served on a New England split roll with fresh lobster, mayo, hot butter, and seasoning.  Lobster rolls are available in three sizes–the Tourist with two-ounces of fresh Maine lobster, the Real Mainah with 3.7-ounces of lobster and the XL with five ounces of lobster.   If you’re susceptible to sticker shock, you might want to avoid the price list.  The lobster-centric menu also offers lobster sliders, lobster lettuce cups, lobster bisque and a netful of other seafood dishes you might not expect in Utah.

Because we’ve had lobster rolls boasting of a full pound of lobster, we were somewhat wary of the less generous portions at Freshie’s, but come on, this is the best lobster roll in the world so only the XL portion-size would have to do.  The Female Foodie’s described it as “Simple yet sublime, this lobster roll will change your life.”  We didn’t find it life-altering, but we certainly found ourselves transported to Kennebunk, Maine.  With every bite, we smelled the salty sea air whipping against the pier.  We heard the rich repertoire of calls from seagulls flying overhead.  Mostly, we relished every single morsel of the best lobster roll we’ve had since our last visit to Maine in 2010.  Was it the best in the world?  At the time we were enjoying it, it most certainly was.  Will it be the next time we travel to Maine?  Who knows.

One of the other surprises in the menu is a very good cinnamon roll, one which lives up to its name.  Rich, buttery and loaded with cinnamon, it’s a surprisingly good accompaniment to the world’s best lobster roll.