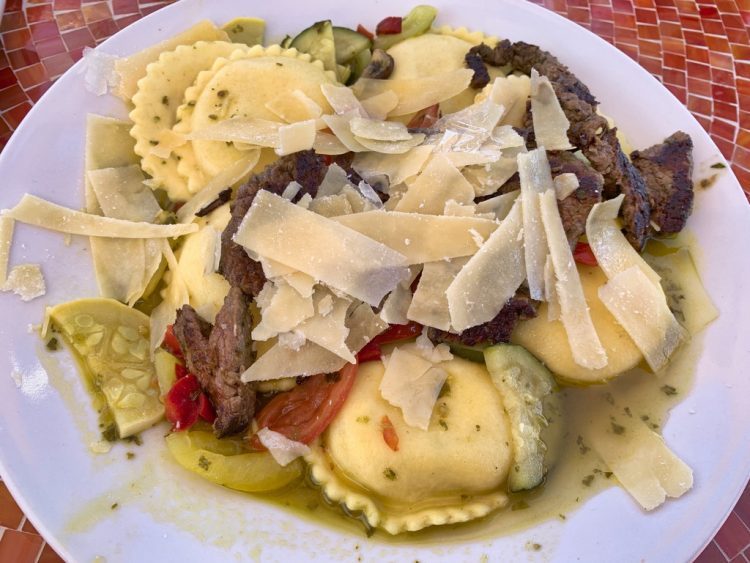 In its eighth season, the brilliant sitcom Seinfeld helped introduce casual comic book fans to the concept of Bizarro world, a setting which is weirdly inverted or opposite of expectations. In other words, a Bizarro world is a mirror image of conventionality, logic and reality, everything being reversed. Jerry Seinfeld’s polar opposite Kevin, for example, was depicted as kind, selfless and reliable in contrast to Jerry’s indifference, self-absorption and forgetfulness. Gene was quiet, studious, polite and giving while his Bizarro counterpart George was loud, obnoxious, cheap and slovenly. Some people believe there’s a polar opposite—a Bizarro version—of every one of us.

I met “Bizarro Gil” while stationed at Keesler Air Force Base in Biloxi, Mississippi. While I (all modesty aside) consider myself a bit of a renaissance man, Derwin was atavistic, a throwback to the days of Ralph Kramden when men were short-tempered, disparaging and chauvinistic. He couldn’t understand why I would take my Kim out for dinner so often when there we had a perfectly good stove at home. It galled him that Kim often picked where we’d eat. His retort to that grievous affront was “The last time women decided what to eat, they doomed humanity for eternity,” an obvious reference to Eve being misled by a waiter into ordering the most expensive special at Eden Eatery.

Bizarro Gil, er…Derwin was especially critical of the spontaneity of our meal choices. My Kim and I didn’t decide what to eat until after discussing our options and preferences…and only after hashing over the travails of our day at work. Derwin, on the other hand, laid out a strict schedule of mostly 1950s diner-style American favorites (meatloaf on Monday, roast beef on Tuesday, pork chops on Wednesday and so on) from which his browbeaten bride was never allowed to deviate. What torqued him off most was the egalitarian nature of my relationship with my Kim. We usually cooked together. “Cooking,” he insisted “is women’s work.” He found the notion ridiculous that many of the world’s greatest chefs are men. “Girly men” he called them…and probably me, when my back was turned.

Obviously Derwin had absolutely no any sense of appreciation for independent-minded, entrepreneurial women who owned restaurants and therefore told girly men what to do. Such a notion was incomprehensible, a sheer travesty. His caveat to “a woman’s place is in the kitchen” is that “the kitchen should be at home in a man’s castle”…and “if a woman did have to work outside the home, it should be as a waitress.” He would have hated Laura Hamilton, owner and chef of Pork + Fig Bakery and Cafe in White Rock and would be incensed to learn that Laura’s enviable culinary credentials dwarf those of many men.

In forging a distinguished career, Laura blazed a path that took her from Houston to Las Vegas, Miami, Paris and back home to Houston before moving to Los Alamos in 2009. She is a graduate of the world-famous Le Cordon Bleu in Paris and got her baptism by fire at Houston’s prestigious Brennan’s where after only two years, she ascended to sous chef. At Brennan’s she helped co-author two cookbooks and was on the culinary team that launched Commander’s Palace in Las Vegas. From 2001 through 2009, she earned multiple culinary honors nominations in Houston restaurants.

After moving to Los Alamos, Laura took a three-year hiatus from cooking. In January, 2016, she launched Pig + Fig Bakery and Cafe in White Rock as a venue in which she can showcase gourmet comfort food and fine wine. Within a year, the Los Alamos Daily Post was calling it a “White Rock Institution.” In May, 2017, she added tapas to her restaurant’s menu (alas, they’re available only from 4-8p.m.). Breakfast is served from 7-11a.m. and lunch from 11a.m. to 4p.m. Pig + Fig is closed on Sundays (“a man’s day of rest” according to Bizarro Gil). I first learned of this culinary oasis from my dear Zuzu Petals (from It’s a Wonderful Life, not The Adventures of Ford Fairlane).

Unlike Chicago’s acclaimed Purple Pig which showcases porcine perfection in all its glory, the Pig + Fig offers an eclectic menu. Its appellation (and the tapas menu) is a tribute to Laura’s Spanish mother and Cuban father. During visits to Spain, she frequented tapas restaurants where she developed a fondness for pork and figs. The charming bakery-café is obviously a popular dining destination for denizens of White Rock, a bedroom community where most residents are transplants from throughout the fruited plain and beyond. The queue to place your order begins when you set foot in the door. Pastries under glass may evoke involuntary salivation, if not sheer lust.

1 September 2017: Whether you’ve been hiking at Bandelier or just parched from the salubrious mountain air, the strawberry lemonadewill slake your thirst and delight your taste buds. It’s served in a Mason jar with plenty of ice to keep it cold and it’s not too sweet or too tart (Goldilocks would love it). Because it was served at the same time as the lemonade, I made quick work of the apple strudel. My well-intentioned willpower to sample only one bite and save the remainder for dessert went out the window. This strudel is reason enough to consider moving to White Rock. It’s light, flaky and fabulous–the optimum ratio of apples to crust!

1 September 2017: It’s rare that White Rock is mentioned as a dining destination, much less one that serves excellent chile. Pig + Fig may soon be changing perceptions with its eponymous Pig + Fig green chile stew(Kyzer Farms pork chunks, potato, sweet onions, New Mexico green chile). This chile bites back—not so much that it’ll deaden your taste buds, but enough for you to take notice. The Kyzer Farmspork is an order of magnitude better than the pork you’ll find on most green chile stew. If green chile stew is the Land of Enchantment’s most comforting elixir, this one could be an archetype, an ideal example or theoretically perfect form.

1 September 2017: Though the lunch menu features such gourmet fare as chicken tagine, summer gnocchi and pork tagliatelle, don’t discount the sandwiches, salads and quiches. If you do, you’ll miss out on such sumptuousness as the Hot Pig + Fig Sandwich(honey-cured ham, arugula, brie and fig jam in a sourdough bread canvas). This exemplar of sweet meets savory meets peppery is an outstanding sandwich in which so many complementary flavors coalesce that grown men (at least this one) will swoon in delight. Fig jam, brie and honey-cured ham are so good together it’s as if that combination has always existed. The peppery arugula is a nice foil. So are the housemade sea salt potato chips.

21 June 2020: The 2020 brunch menu has a plethora of the usual New Mexico brunch subjects–burritos and breakfast sandwiches, breakfast plates, quiches, omelettes, soups, salads and a three-item menu section called “chicken and pasta.”  That’s where my eyes immediately gravitated, specifically to the summer ravioli (mascarpone ravioli, baby heirloom tomatoes, squash, zucchini, red bell peppers, herbed white wine sauce) to which you can add chicken or steak.  My initial impression was that the sauce was more soup-like than it was sauce-like, but that impression was quickly replaced by joy and appreciation.  The herbaceousness (not nearly as strong as pesto, but better) of the white wine sauce married spectacularly with the baby heirloom tomatoes, squash, zucchini and red bell peppers.  That pairing in itself would make for a superb entree, but then you’d miss out on fabulous mascarpone ravioli, as good as we’ve experienced since Maxime Bouneau’s version at Torinos @ Home.

21 June 2020:  There seems to be a template for the breakfast sandwich and it subscribes to the one made famous at a certain chain restaurant which shall remain mc-nameless.  More than any restaurant in memory, Pig + Fig lets you enjoy your breakfast sandwich your way.  The sandwich is filled with fresh eggs made the way you want them (scrambled or fried easy, medium or hard), your choice of cheese (Cheddar or Swiss) and the meat or vegetables you want (bacon, ham, sausage, summer or winter vegetables).  You can also have it with your choice of bread: biscuit, white, whole wheat, sourdough, ciabatta, butter croissant, chocolate croissant, gluten-free toast, almond croissant, scone or muffin. Now those are options!  Kim’s was constructed on a croissant stuffed with Swiss cheese, bacon and ham.  Who wouldn’t want to wake up to a breakfast sandwich this good?

21 June 2020: Comedian Dennis Leary has a theory on why the French hate us so much.  He surmises it’s because “They gave us the croissant. And you know what we did with it? We turned it into our croissandwich, thank you very much.”   A croissandwich, it turns out is a family of sandwiches sold at Burger King which considering their repertoire of fast foods probably justifies any French antipathy.  Perhaps Americans would be held in higher esteem by the French if we made chocolate croissants instead of croissandwiches.  Not only would they be much more delicious, made well they’re impossible to resist.  Pig + Fig makes them the way they should be made.  The croissant is light, flaky, buttery heaven with just enough chocolate decadence to make you swoon.

There is so much to see and do in Los Alamos county—and now there’s a fabulous bakery and café to entice visitors from throughout the Land of Enchantment. The Pig + Fig is the real deal! Only Bizarro Gil could utter a disparaging word or ten about this place.