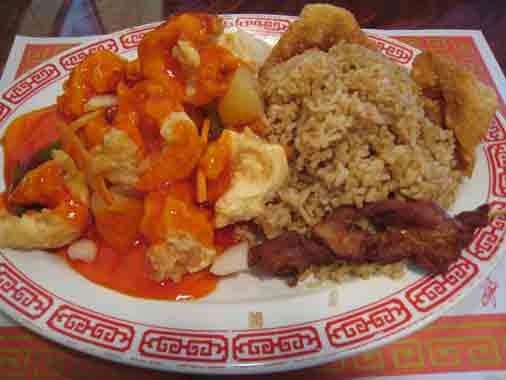 Years ago, I had the misfortune of working with a technical writer who couldn’t spell his way out of a paper bag.  His punctuation was pathetic, his vocabulary vacuous and his writing peppered with malapropisms (the incorrect use of a word by substituting a similar-sounding word with a different meaning).  Some comedians have made an art out of malapropisms, but there wasn’t anything funny about this terrible technical writer.  How he passed English classes at a state school which will remain nameless, much less become a technical writer, is beyond me.  Fortunately it didn’t take our employer long to realize the right thing to do about that writer was to let him go.

In mock tribute to our departed former colleague, my friend Ken VanLyssel and I designated an office bulletin the “Don Cruize” (in his honor, his name is misspelled) bulletin board.  Every time we came across slaughtered syntax, shoddy spelling or any grammatical faux pas, we would tack it to that board.  Many of our contributions were courtesy of menus from Albuquerque’s Chinese restaurants.  Chinese restaurant menus, in general, are notorious for grievous grammar and are frequent fodder for Jay Leno’s Headlines segment.  We wondered if some of the Chinese restaurants hired our terminated technical writer colleague to write their menus.

The writer who wasn’t right came to mind when my brother Mario and I approached Yummi House Chinese Cuisine in November, 2008. It was my inaugural visit; he’s a regular.  The spelling “Yummi” had me wondering if Don might have hired himself out to a sign company?  The fact that “House” was spelled correctly quickly debunked my suspicions.

The Yummi House was launched in 2007 by Carol Chaing, a former waitress at Chopstix, one of Albuquerque’s very best Chinese restaurants.  It is situated in the same edifice which once house the Pasteur City Vietnamese restaurant which closed a few years ago.  The restaurant’s interior hasn’t changed much since the Pasteur City days, but the feel of the place certainly has.  The Yummi House is practically raucous compared to the sedate as a monastery Pasteur City, much of the ambient volume courtesy of a robust lunch time crowd.  My brother tells me the restaurant is equally busy during dinner.

Considering the Yummi House doesn’t offer a buffet yet its lunchtime crowd is even more formidable than that of Ming Dynasty almost directly across the street on Eubank, my initial thought was “Americanized” Chinese food.  You know the type–candied, fried, sweet and sour.  The menu quickly reprobated that theory.  Sure, it has the usual sweet and sour suspects and plenty of sweet, fried meats, but it also includes some surprises

Bargain seekers will appreciate the cheap lunch options–twenty menu items priced at just under six dollars to just under seven dollars.  Each is served with egg drop sour or hot and sour soup (or wonton soup for fifty cents more), a chicken skewer, cheese puff and your choice of steamed or fried rice.  If you’re thinking penurious portions, you’ll be happily mistaken.  The portions are so profligate you’re unlikely to be hungry an hour later, stereotype be damned.

If you’re not in a hurry, you’ll appreciate the fact that your order isn’t rushed out of the kitchen.  That means you’ll be able to finish your soup before your entree hits your table.  The soup arrives steaming hot, just beckoning to be blown on.  The hot and sour soup will warm the cockles of your heart.  It’s not a lip-pursing sour, but it’ll get your attention.  The cheese puff are unremarkable–a miniscule bit of cheese enveloped by a large fried wonton which is the dominant flavor.

The sweet and sour shrimp lunch special (pictured above) includes a netful of lightly battered shrimp topped liberally with a Day Glo colored orange sweet and sour sauce.  It’s not every Chinese restaurant which dares to serve sweet and sour seafood because, much like the combination of seafood and fruit, the pairing of oceanic brininess and syrupy sweetness usually makes for an incompatible entree.  The saving grace for this entree is the batter which is almost tempura-like in its texture and lightness.  It allows the shrimp to shine.  It also helps that sweet and sour sauce isn’t cloying.

The crystal chicken is described on the menu as “white meat sliced chicken stir-fried with Chinese green in clear wine sauce” but in taste and texture is more reminiscent of a steamed entree.  The vegetables–bak choy, water chestnut, carrots, zucchini, pea pods and broccoli–are al dente and the clear wine sauce is savory.  If you like vegetables, this is the entree for you.  It’s an entree for which you might ask for the lazy Susan and its triumvirate of sauces, an incendiary hot mustard, the Day Glo colored sweet and sour sauce and a chili sauce that’s closer to a chile piquin salsa than it is to either Sriracha sauce or the tobacco spit looking chili sauce served with dim sum.  Its piquancy will water your eyes and clear your nasal passages.  You might even crave some tortilla chips.

It’s when you don’t order from the lunch specials menu that you truly come to appreciate the culinary alchemy being practiced in the kitchen.  That magic comes across even on relatively simple dishes such as an appetizer order of pot stickers, six Chinese fried dumplings engorged with seasoned ground chicken (a nice departure from the seemingly de regueur pork) and chopped vegetables.  The oversized (there’s no such thing) pot stickers are golden brown and arrive at your table steaming.  They’re served with a dipping sauce made from soy sauce, sesame seed oil, ginger and chili sauce.  The sauce is nice, but wholly unnecessary.

Since its launch in 2007, the most talked about specialty at Yummi’s has been the sizzling rice soup, a swimming pool-sized bowl of clear broth resplendent with chopped vegetables (lots of baby bok choy), sliced chicken, scallops and shrimp.  It’s one of the favorite dishes of Mina Yamashita, the wonderful food writer for the Alibi.  What makes it a conversation starter is the hot-popped rice kernels which your server will pour into the broth.  Don’t expect a pop rocks effect when the rice kernels are poured onto the broth; it’s a very temporary effect at best…and don’t expect the rice to have the same crispy-texture texture as the rice at the bottom of a Vietnamese clay pot dish.  It’s a good, maybe very good soup with all ingredients perfectly prepared, but it’s not nearly as flavorful as most of my favorite Vietnamese phos and it won’t make my list of favorite soups. The same could be said about so many very good soups.

Yummi House joins a triumvirate that includes Budai Gourmet Chinese and Chopstix  as the Duke City’s most authentic Chinese restaurants in that many of its dishes aren’t dumbed down for American tastes. One very authentic dish is Yummi’s Chinese style pork belly (bong bo pork), a wonderfully rich, unctuous, smoky bit of deliciousness served with vegetables (though Yummi House will accommodate special order requests such as pork belly with lo mein noodles). Some may find the texture of pork belly off-putting with its half-lean, half-fatty texture, but gourmets recognize it as a melt-in-your-mouth delicacy.