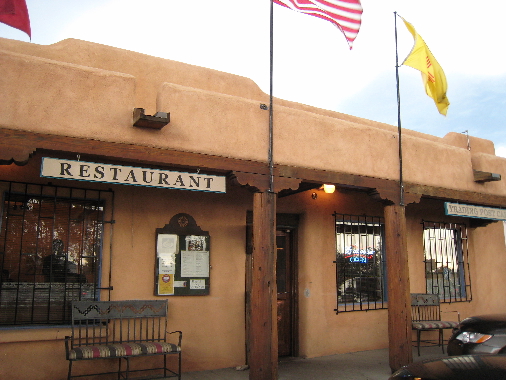 There’s an old Lebanese proverb that says, “some men build a wine cellar after only finding one grape.” That proverb aptly describes the many rags to riches success stories among Lebanese immigrants to the Land of Enchantment, primarily to our state’s northern villages. Some of the state’s most prominent names in business–Maloof, Bellamah, Hanosh and Sahd–embody the spirit of that proverb.

The progenitors of many of New Mexico’s Lebanese immigrants left Lebanon during the repressive Ottoman Empire, the main exodus occurring in the late 19th and early 20th centuries. Escaping persecution and poverty, some arrived with nothing but aspirations, dreams and hopes. The frontier territory of New Mexico was replete with opportunity (and the prospect of freedom) for them.

Like their Phoenician forefathers had done, many of them began as door-to-door peddlers, many eventually launching trading posts or general stores in the small villages in which they settled. The “Arabes” as they are sometimes still called by Hispanics were hard workers, shrewd businessmen, community-minded and family-oriented. They fit right in with the tight-knit Hispanic communities which shared similar values.

Abdo Sahd, the family patriarch for one of Taos county‘s most prominent families, arrived in Las Vegas from Lebanon in 1889. His sons would go on to establish general stores in Taos, Ranchos de Taos and Penasco. One of them, George Sahd, at the precocious age of only 16, established the Ranchos Trading Post just north of the world famous Saint Francis de Assisi Church in Ranchos de Taos. He operated the Trading Post until his retirement in 1981. It was the largest general store in the county until Wal-Mart opened.

The Ranchos Trading Post was the heart of the community, an active social and business center where every local resident came for their staples and some of life’s little indulgences. The Trading Post was comprised of a soda and lunch fountain, clothing and drug store, canned and fresh foods area, butcher shop, building supplies and liquor store.

Today, a portion of the Ranchos Trading Post survives as the “Trading Post Cafe.” Vestiges of the past are still very much in evidence. The distressed oak floors of the cafe show the timeworn impact of commerce being conducted for several decades. Three spacious dining rooms showcase different local artists and art styles.

The front room, which you enter through a screen door in summer, includes only a few tables, but a long counter where you can sit and watch the chef at his craft in his open air kitchen. That’s where many people sit, an indication that the feeling of community once experienced at the Ranchos Trading Post is still desired. This dining room has a unique kiva style fireplace.

Seating is on surprisingly comfortable wrought iron furniture. The seats are cushioned for comfort. Before your server even begins describing the daily specials, a wrought iron basket with warm, crusty bread is delivered to your table. Each table includes decanters of olive oil and Balsamic vinegar you can mix on a bowl for dipping the bread.

The menu is truly eclectic: seafood, salads, steaks and pork chops, pasta dishes, poultry and soup. There is no distinction on the menu between appetizers and entrees, perhaps because the portion sizes of what would be appetizers at other restaurants are entree sized at the Trading Post Cafe.

One example is the Antipasto Freddi, a swimming pool sized bowl in which grilled vegetables are surrounded by mixed greens. The vegetables are stacked in layers as if meticulously prepared on timbale, a mold that is higher than it is wide and has sloping sides. Vegetables featured include zucchini, tomatoes, green and red pepper, mushrooms and julienned carrots, but surprisingly no grilled onions.

The other surprising aspect of this dish is that it is served cold, not room-temperature cool, but slightly cold. The vegetables aren’t grilled long enough to imbue them with the smokiness we appreciate from grilling. They’re also very, very lightly seasoned (barely a hint of salt, pepper and garlic) and just lightly drizzled with olive oil. The vegetables are fresh, crisp and delicious, but won’t exactly “wow” you with flavor. In fact, you might even describe this as a dull entree.

The most “lively” vegetable on the plate was roasted corn on the cob, also served cold. Each of two pieces of the corn was about an inch and a half long so just at about the time you’re starting to really enjoy it, it’s gone. No “wow” factor here either.

That certainly isn’t the case for the Trading Post Cafe’s seafood pasta, one of the best of its genre I’ve had in New Mexico. Where probably seventy percent of the state’s restaurants which serve a seafood pasta embolden it with a spicy Fra Diavolo sauce which detracts from the sweet and briny flavor of the seafood, this Cafe uses a heavenly butter cream sauce with various Italian seasonings.

This is a much lighter cream sauce than Alfredo and infinitely less rich than Carbonara, but it’s equally effective and highly flavorful. It seems to bring out the most flavorful qualities of the seafood. The seafood itself is fresh and crisp. A boatload of mussels, scallops, shrimp and clams were as deliciously sweet as any seafood we’ve had in northern New Mexico.

At the opposite spectrum in terms of flavor is a crispy garlic pork chop. An entire bone-in, inch-thick pork chop is marinated in garlic and prepared to your exacting specifications. Alas, the accompanying garlic mashed potatoes have a much more discernable garlic flavor than the pork chop. The saving grace for this prodigious porcine portion is a fantastic salad of chopped beets and onions that absolutely explode with flavor. Rarely have we had beets with this much flavor. Alas, this is one of the chef’s secret recipes and the wait staff can’t tell you what gives it the uniquely wonderful flavor you’ll appreciate.

The Trading Post Cafe has an impressive array of desserts all made on the premises. If the coconut cream pie is any indication, the desserts are a worthy match for the entrees. In New Mexico, my standard bearer for coconut cream pie had been the Flying Star’s rendition, but the Trading Post’s version is far superior. It tastes like the most delicious chilled macaroon you’ll ever have with just the right amount of sweetness and plenty of flaky coconut.

On the night of our inaugural visit, the Trading Post Cafe was “hit and miss” on everything we ordered, but when it hit, deliciousness abounded.