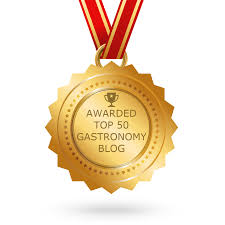 Very well,” replied the editor-in-chief. “Dine somewhere else to-day and somewhere else to-morrow.
I wish you to dine everywhere, — from the Astor House Restaurant to the smallest description
of dining saloon in the City, in order that you may furnish an account of all these places.
The cashier will pay your expenses.”

With that mandate, the editor-in-chief of the New York Times dispatched an uncredited gentleman on what might well be the very first restaurant review published not only in America’s largest metropolitan newspaper, but perhaps throughout the country.  The date was January 1, 1859.

Today, nearly every major American newspaper employs a restaurant critic to critique the area’s restaurants and present their objective assessments in an eloquent and creative manner.  Though they work very hard to conceal their identities, the very best restaurant critics become part of the fabric of the community and are able to influence dining decisions based solely on their words.

The advent of the Internet has made it possible for anyone to become a restaurant critic when compelled to share their opinions.  Sites such as Urbanspoon and Yelp allow the general public to share their impressions of their dining experiences and while there certainly is strength in numbers, the real mavericks (with apologies to Sarah Palin) are bloggers who “put themselves out there,” by themselves and without a net (not to mention an editor).

For this blogger, it’s deliciously ironic that the traditional one year anniversary gift is paper –ironic because I present an alternative to Albuquerque’s print media restaurant critics.  I have one advantage they don’t and that’s complete latitude to write what I want in as many or as few words as I want.  That latitude has allowed me to use my reviews as a teaching vehicle to impart social commentary, history and vocabulary.

From all indications, the formula works.  In the one year since my static Web site was transformed into a blog, the average number of unique visitors to my site jumped from about 650 per day to well over 2,000 a day.  You, my dear readers, are to be thanked for any success Gil’s Thrilling (and Filling) Blog has experienced.

In the past twelve months, you’ve recommended some fantastic restaurants, introducing me to some of the very best cuisine New Mexico has to offer.  In several cases, your recommendations were far more eloquent and passionate than I would be able to convey myself.  With your blessings, I’ve used your words and credited you with yet another sensational find.

Just as eloquent and passionate as your recommendations is your feedback which tends to be open, honest and direct.  I’ve been praised and lambasted, some readers even accusing me of being on drugs when they disagree with my opinions.  These readers are obviously practicing for a future in politics, not necessarily a paragon in civility but a terrific venue for practicing creative name-calling.

The most frequently visited restaurant reviews are, Sophia’s Place, Manny’s Buckhorn Tavern, Cecilia’s Cafe, Ezra’s Place, Mary & Tito’s, Independence Grill, Monte Carlo Steakhouse, Fat Squirrel Pub and Grill, Standard Diner and Porky’s Pride Real Pit Barbecue in that order.  Half of the restaurants in this top ten were featured on a Food Network program; the remaining five deserve to be.

A lot has transpired over the past year, one of the highlights being the inclusion on several reviews of photographs by Sergio Salvador, one of Albuquerque’s very best photographers of any genre.  Sergio’s fantastic work has been featured on the Alibi, Local IQ and other publications, including one he published himself, the much missed La Cocinita magazine.  Sergio has a deep and abiding respect for Albuquerque’s restaurants, a respect that is reflected in the quality of his work.

Another highlight of the past year actually has nothing to do with any of the restaurants I visited, but everything to do with the sublime experience dining can be. Rarely has my palate been as rapt as in partaking of Aceto Balsamico, the premium, traditional 12-year-old, cask-aged balsamic vinegar made in Monticello, New Mexico.

In Japanese culture, spiritual and mystical qualities are sometimes ascribed to memorable experiences many Americans might not have the capacity or inclination to appreciate fully.  The word umami, for example, is used to describe “a feeling of perfect quality in a taste,” or “some special emotional circumstance in which a taste is experienced.”  Umami typically involves all the senses, not just that of taste.  It is a feeling for which all gourmands strive but rarely achieve.

Sometimes, however, you do know.  After only one taste you know that you’ve experienced umami–that you’ve been exposed to a defining dining moment, that you’ve touched gastronomic greatness.  That’s the way it was with Aceto Balsamico which provided one of those memorable, but rare life’s moments we cherish.  A visit to Monticello is forthcoming.

So, an year has elapsed since Gil’s Thrilling (And Filling) Blog was launched.  I thank you for visiting and hope to continue earning your trust as an independent voice for culinary adventures in New Mexico and beyond.