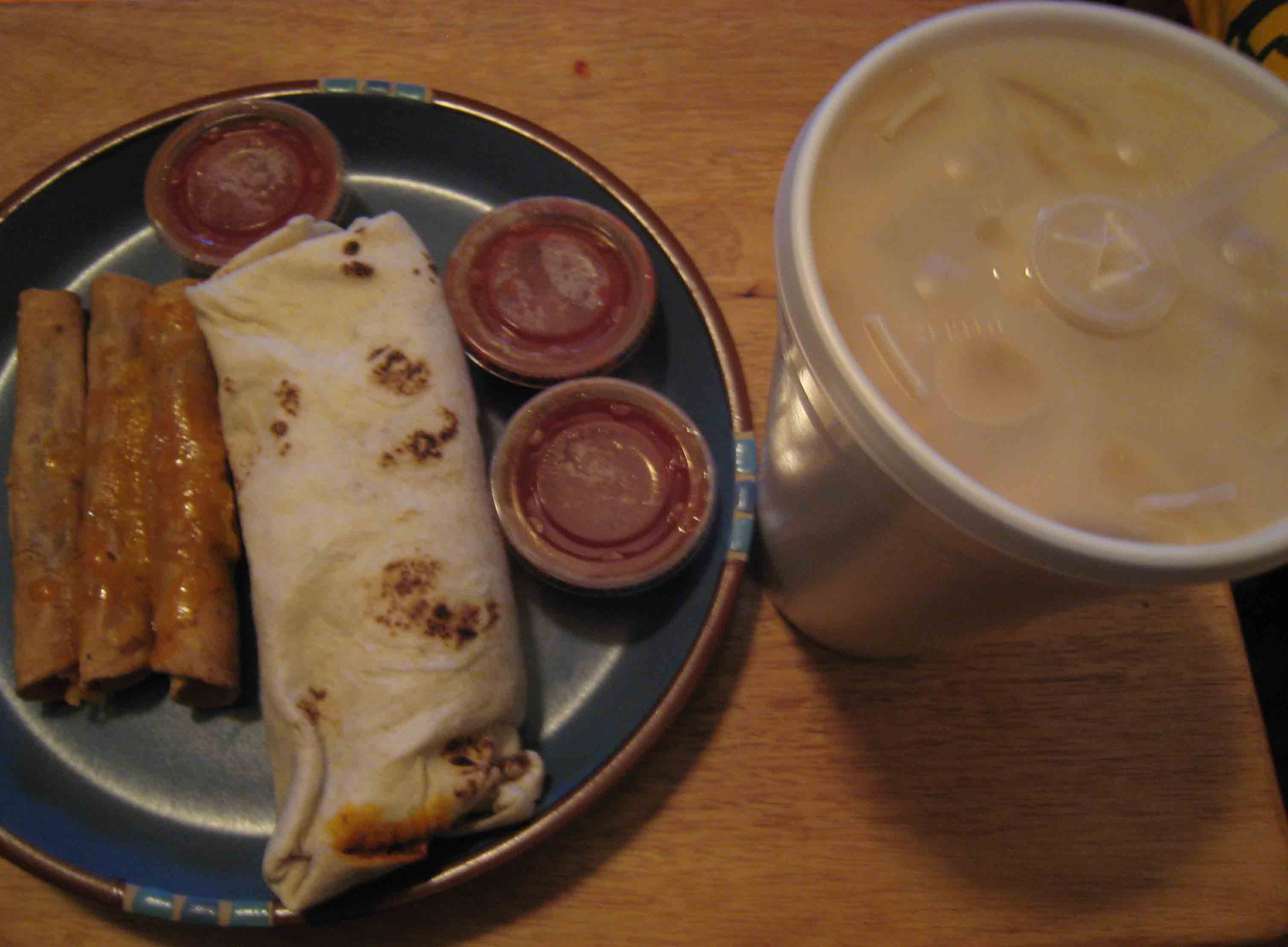 You know you’re in New Mexico when you can order breakfast burritos under the golden arches or green chile cheeseburgers at Wendy’s. In doing so, however, you just might be sacrificing tastiness for the sake of expeditiousness.

An excellent alternative to chain-induced heartburn and burger boredom is a stop at La Hacienda Express, a favorite of locals in the know. While it may not have as many restaurants as the ubiquitous chains, you can still find one in the Nob Hill area (4400 Central, S.E.), one in the far northeast heights (11200 Montgomery, N.E.) and one at Albuquerque’s Sunport where you can get your last (or first) fix of New Mexican food before flying out (or after landing). There’s a fourth Hacienda Express in Bernalillo.

All but the Sunport versions of Hacienda Express are housed in A-frame buildings whose signage announces “breakfast burritos served all day” starting at 6:30 in the morning. If you can find a table, you can eat in or you can drive up and order from an impressive array of New Mexican favorites, including a breakfast burrito that’s worth getting up for in the wee hours.

These aren’t the banal burritos you’ll choke down under the golden arches. La Hacienda Express crafts formidable burritos overstuffed with traditional New Mexico ingredients and embellished with a red or green chile that packs a flavorable and piquant punch. Being overstuffed, they’re prone to messy spillage (there’s only so much you can stuff into a tortilla) so drivers should be extra attentive should they attempt to consume them in traffic.

The “Express” part of the restaurant’s name might be a slight exaggeration, however, because everything is made to order. These burritos don’t sit under a heat lamp waiting for the next customer to pull up. Breakfast burritos are available all day long, but there’s also an impressive array of lunch or dinner type burritos as well.

There is much more on the menu than burritos. In fact, the menu is surprisingly beefy considering the relatively cramped quarters. Not quite as beefy is the green chile cheeseburger features a chile and onion puree that sits atop a waifishly thin beef patty. It’s a good burger, but it takes two to make a meal. Think a very good version of McDonald’s single burger but with real meet and great chile. Rather than having the traditional burger on a bun, ask for a tortilla burger which is much better for some reason. The tortilla burger is served with fries, the type for which it takes three or four packets of salt to induce any flavor.

At La Hacienda Express, the taquitos are terrific (not quite of Espanola caliber, but very good nonetheless), the enchiladas are almost enchanting and the tacos (hard or soft) are tasty.

Wash down your meal with horchata which doesn’t appear on the drive-up menu but is available if you ask for it (at least in the Bernalillo location).