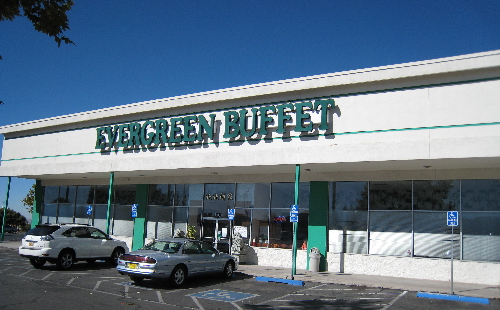 America held hostage!  That was the aptly named title of an ABC late-night news program anchored by Ted Koppel from November, 1979 through January 20, 2001.  For 444 days, the mighty United States of America was indeed paralyzed while 52 Americans were held hostage–tied and blindfolded–in the U.S. Embassy in Iran.  The captors were student revolutionaries incensed at the United States decision to admit Iran’s deposed Shah for medical treatment.

The moment Ronald Reagan took the oath of office, those hostages were released.  An adoring nation welcomed the returning heroes, lavishing them with gifts and accolades.  Among the gifts was a tiny box from Major League Baseball commissioner Bowie Kuhn.  Within that box was a lifetime pass to any major or minor league baseball game.

Upon hearing of this, then ABC college football analyst and avowed baseball hater, the irascible Beano Cook remarked, “haven’t they suffered enough?”

Beano’s sentiment is my first reaction whenever I hear of a new Chinese buffet restaurant launching in Albuquerque.  In truth, however, Chinese buffet restaurants are so well patronized in the Duke City that the only suffering that occurs is after the meal.  That’s when gastroenterological distress sets in which prompts diners to lament “I can’t believe I ate the whole thing.”

Chinese buffets–or buffets of any type, for that matter–are the arena in which ordinary Americans do their best to emulate the behavior of gurgitators, the competitive eaters who can eat more in one seating than most of us can eat in a week.  It’s where belts are loosened, fabric is stretched and civility (especially table manners) goes out the window.

Bruce Balto, a much traveled fellow gastronome has commiserated with me on the state of Chinese buffets in the Duke City so it was a surprise when he told me of a Chinese buffet restaurant that was “overall not too bad, and in some areas, a real stand-out.”  He emphasized that “if you can make your way past the gauntlet of the mediocrities, there are some unusual delights to be had there.”  Considering Bruce’s sophisticated palate, that’s the equivalent of a resounding recommendation.

The restaurant to which he referred is the Evergreen Buffet on the northwest corner of Menaul and Juan Tabo.  The inaugural Albuquerque version of the Evergreen Buffet opened in late 2003 at the site of the former Marie Callendar’s on Eubank’s Promenade Shopping Center but closed within months.  Evergreen IV opened shortly thereafter on Menaul.  Evergreen is owned by Wei and Yong Lu who also own two Evergreen restaurants in New York.

Although the Evergreen Buffet has a full-service menu, it’s the 150-item daily buffet that seems to ensnare most of the restaurant’s traffic.

For Sinophobes and unacculturated Americans, the buffet also includes such American standards as pizza, stuffed potato skins, a Westernized salad bar, garlic bread and a sprawling dessert bar featuring cheesecake, peanut brittle and a standard at every Chinese buffet in the universe–chocolate pudding.   There’s also plenty of the mediocrity and boring “sameness” that plagues many of New Mexico’s Chinese restaurants–a homogeneity my discerning friend Bill Resnik refers to as “copycat menus full of candied, fried and breaded mystery meats that all taste the same.”

A sushi stations includes several standards while a Mongolian barbecue station allows you to select from among several raw meat items and vegetables for a custom stir-fry creation prepared just for you in a large Teppan grill.

Where the Evergreen Buffet surpasses its brethren is in its seafood offerings.  The cost of the buffet is about half of what you’d pay elsewhere to have Alaskan King Crab alone.  At Evergreen you can feast on that sweet, succulent decapod crustacean to your heart’s content.

Characteristic of King crab, the meat extracted from the legs is somewhat stringy (maybe courtesy of the scrawny crab legs) though you will find more firm and rich meat on the shoulder.  Evergreen provides warm butter though not with a canned heat source as in many seafood restaurants.

There are several types of fish on the buffet including halibut in a butter sauce.  Shrimp offerings include the usual peel-and-eat variety as well as a salt and pepper shrimp served round-eye style (a Bill Resnik aphorism) which means they’ve been beheaded so you don’t have to look into those dreamy shrimp eyes.

If you’re craving Cajun cooking, the buffet even serves crawfish, a New Orleans delicacy.  The salad bar includes a colorful octopus salad, but if you’re not accustomed to seeing octopus that hasn’t been battered and deep-fried, it might not be something to which you’d gravitate.

The dim sum selection isn’t especially bountiful, but it does include several kinds of dumplings and steamed rolls, some of which are stand-outs.

One of my favorite non-Chinese items on the buffet is the kimchee, a fiery Korean staple heavily seasoned with chile and garlic.  Evergreen’s version is not dumbed down for Western tastes which makes it appealing to a volcano-eater like me.

Aside from the ubiquitous chocolate pudding, one of the things that seems to define Chinese buffets is items which cool down considerably by the time you get them to your table–despite the fact that they’ve been under heat lamps for who knows how long.

That didn’t seem to be the case at Evergreen where buffet items are turned around regularly.  In the case of a few dim sum items, the kitchen could barely keep up with customer demand.

Evergreen Buffet was surprisingly good (or at least a few items on the buffet were)–maybe not good enough to make me a regular, but if I am going to dine at a Chinese buffet, this will be the one.