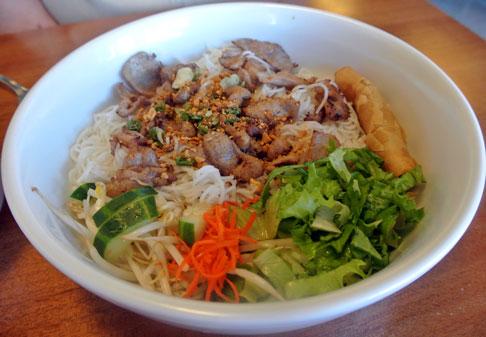 On April 3, 2013, University of New Mexico (UNM) Vice President for Athletics Paul Krebs sent out a very simple and succinct tweet confirming the hire of head men’s basketball coach Craig Neal. The one-word tweet read simply “Noodles.” Noodles, of course, is the sobriquet Neal received in high school on account of his tall and thin stature. The hire was very enthusiastically received by both fans and players who were witness to the strong impact he had on the program as long-time assistant coach.

Albuquerque has always been a Lobo basketball crazed city and it has embraced Noodles who guided his team to 27 wins during his first season as head coach. While the UNM Lobo Club would like to believe that “Everyone’s a Lobo! Woof, woof, woof!,” there are a smattering of New Mexico State Aggie supporters strewn throughout the city. There is also (and this will be hard for diehard Lobo fanatics to grasp) a large segment of the local populace who not only don’t like the Lobos, they don’t like sports.

Among the latter are people for whom a one-word tweet reading “Noodles” has an entirely different meaning than the hiring of a basketball coach. To them noodles are a soul-satisfying comfort food the audible inhalation of which is heartily enjoyed whether those noodles are chilled or steamy hot. Whether thin and translucent or thick and dense, noodles evoke warm memories of childhood (when we first discovered that food could be both delicious and fun) and of times when they nourished and comforted us. When times get rough, noodles have always been there for us.

As the only game in this section of town, Viet Noodle has a captive market, but Duke City diners are a persnickety bunch. If a restaurant doesn’t cut it, it’s not going to last long. Viet Noodle has been going strong now for five years and there’s no surcease in sight. On the day of our inaugural visit the number of sit-down diners was greatly eclipsed by to-go orders. Friends who live in the area tell me that’s about par for the course for this popular eatery.

Unlike many of the area’s Vietnamese restaurants, Viet Noodle’s menu is somewhat abbreviated, not a compendium listing over a hundred dishes. Viet Noodle is also not a traditional sit-down restaurant in which you peruse the menu and a server takes your order. Instead, you’ll place your order at a counter above which are posted lighted meal and beverage options. Don’t mistake the concept for Vietnamese fast food. It’ll take a few minutes for your order to be delivered to your table. While you wait, you’ll want to take a gander at the colorful photographs festooning the walls of life in Vietnam.

Forget the perfunctory Pepsi products. Viet Noodle has one of the most comprehensive beverage menus of any Vietnamese restaurant in Albuquerque. The most popular (and my early favorite) is the Iced Vietnamese Coffee, a concoction of sweetened condensed milk and strong black coffee poured over ice. A number of smoothies and shakes are also available as are boba beverages. Whether in tea or shake form, boba are gooey, gelatinous globules that seem to inherit the flavor of the drink (strawberry-banana is a good combination).

There are fewer than fifty items on the food menu including a limited number of appetizers and several vegetarian options. The most popular starters are egg rolls and spring rolls. The egg rolls are tightly-packed, golden-hued rolls stuffed mostly with vegetables and served with a clear fish sauce for dipping. Translucent rice paper wrappers envelop vermicelli noodles and vegetables on the spring rolls which are served with a Hoisin and peanut sauce.

One of the most popular noodle entrees on the menu is vermicelli which you can order with tofu or with pork and egg roll. It’s interesting that in Italian “vermicelli” translates to English as “little worms.” While that doesn’t sound especially appetizing, vermicelli in the hands of a Vietnamese chef is a delicious combination of long and thin pasta, julienne carrots and daikon, cucumbers, lettuce, crushed peanuts and fish sauce added to taste. The pork should have the characteristic sweet and savory grilled flavor that makes Vietnamese style pork a very special entree. At Viet Noodle, the grilled flavor just doesn’t come through.  The pork has sweet and savory notes, but without the grilled influence, there’s nothing special or memorable about the dish.

The association that comes first to mind when you mention Vietnamese noodles is pho, the luxurious broth-based noodle soup centering on a broth base made from chicken, beef, or seafood. The combination noodle soup (rare steak, brisket, tendon, tripe and beef ball) is a popular option. Served in a swimming pool sized bowl, it’s replete with tangles of noodles, green onions, cilantro and the unique spices that give pho its addictive flavor profile. My friend Larry McGoldrick, the professor with the perspicacious palate, described Viet Noodle’s rendition of pho as “tasty with a nice aroma,” adding that “there is better pho in the Duke City, but not on the west side.”  A few squeezes of sriracha will give the pho more “personality, but you shouldn’t really need any ameliorants to make a great pho stand out.

Viet Noodle’s Web site boasts of the restaurant’s “strict commitment to quality” and “the highest standards for food, service, atmosphere and value.” These are elements to which all restaurants should adhere, especially restaurants serving noodles, an entree that elicits nostalgic feelings of warmth and joy for many of us.