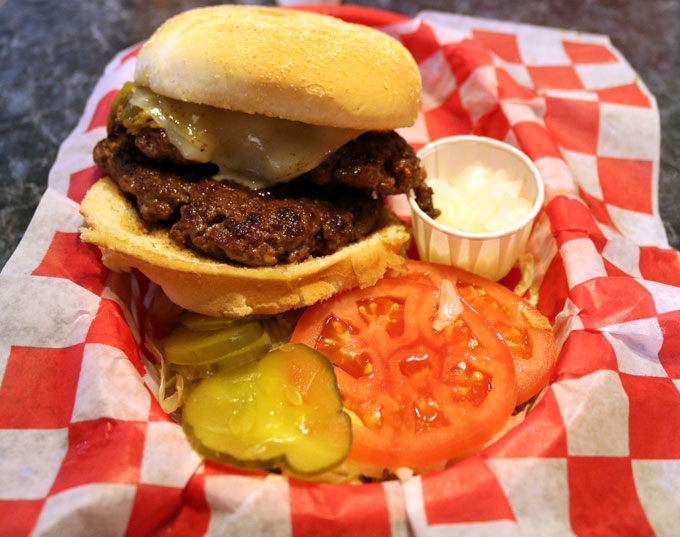 Like him or not, few would disagree that former New Mexico Senator Pete Domenici was one of the most effective legislators on either side of the aisle. Since his election to the United States Senate in 1972, “Saint Pete” as he is known by admirers and critics alike effectively directed the appropriation of significant federal largesse upon the Land of Enchantment. For many native New Mexicans, one of his shining moments came in 1983. During a debate about the spelling of the word (chili or chile), Domenici clarified for the Congressional record that “chili” is “that inedible mixture of watery tomato soup, dried gristle, half-cooked kidney beans, and a myriad of silly ingredients that is passed off as food in Texas and Oklahoma.”

Motivated by Dominici’s impassioned plea, on November 14, 1983 the Albuquerque Journal declared “The I’s of Texas are no longer on us. ‘Chili is dead. The only time we will use “i” will be when we quote the written word of some Texan.” Not to be outdone, in January, 1988 a bipartisan bill was introduced in the New Mexico State Legislature threatening that any New Mexican who misspells “chile” as “chili will automatically be deported to Texas. Ever an inclusive and progressive state, New Mexico’s tolerance for the aberrant spelling has been relaxed a bit, especially since some restaurants actually serve the Texan dish. Spinn’s Burger & Beer comes to mind.

Many New Mexicans acknowledge that the word “chili” exists only as an aberration. We spell the dish, plant and pod correctly–with an “e.” Place a bowl of hot Texas chili in front of a New Mexican and most of us would consume it (or attempt bravely to do so)–if only to deride it as anecdotal evidence that not only is its spelling incorrect, the product is inferior. Few of us will ever admit to admiring the concoction Texans proudly call chili and if we ever hit upon a bowl we actually like, we’re not going to tell anyone.

As a stubborn native New Mexican, I wouldn’t even begrudgingly admit to liking the Texas chili at Spinn’s Burgers & Beer–even if I did. The fact that I didn’t like it at all (the cumin was just overwhelming) makes writing about it more sincere. That chili is available as an appetizer in cup or bowl portions and even better (because the cumin is diluted a bit), as an option on Spinn’s Frank-n-Steins–plump, juicy sausages steamed in beer and available in three varieties, all served on poppy seed rolls and garnished as you like them.

The Frank-n-Stein is a jumbo all beef frank, the Polish-stein is a spicy Polish sausage (a dog that bites back) and the Brat-n-Stein is bratwurst steamed in beer and browned on the grill (have it with sauerkraut which is excellent). There are few hot dogs in Albuquerque as good as those offered at Spinn’s, a July, 2006 newcomer to the Albuquerque dining scene which closed in 2010 only to reopen in May, 2011, albeit in a smaller location within a mile of the original site. In its new digs, Spinns has downsized significantly while retaining much of the charms which made it a very popular dining destination during its nearly four-year run.

The first restaurant venture for Texas born and bred entrepreneur Mike Spinn, the eponymous Spinns serves local hand-crafted Mable Micro Brew beers….but for me, the big draw is the food. Aside from “chili” (my well-trained spellchecker is yelling at me about that horrid spelling), the menu includes gourmet burgers, flame-grilled Angus steaks and other Texas staples such as country fried chicken strips and gravy.

The burgers start off as more than a third-pound of fresh ground Angus beef that’s never been frozen. All burgers are served with lettuce, tomato, pickles, onions and mustard–all on the side so you can use them in the proportions you want. Burgers are cooked medium-well unless you request otherwise. Order the green chile cheeseburger with double meat and double cheese even though the menu indicates it’s made with green “chili” (why hasn’t Mike Spinn been deported to Texas for that offensive spelling). It takes two hands to handle this baby and five or six napkins to wipe your lips as you eat it. There are two Wendy’s commercials which more aptly describe a burger at Spinn’s than they ever did at the perpetually third-place burger chain. A Spinn’s burger answers the Wendy’s question “where’s the beef?”. The beef overruns the bun at Spinn’s. The second Wendy’s commercial befitting a Spinn’s burger is the one for the “hot and juicy” burger which required multiple napkins.

After our respective first bites during our inaugural visit, my friend Bill Resnik and I exclaimed almost in unison “Rex’s.” Spinn’s burgers are indeed reminiscent of those served at Rex’s Hamburgers, an Albuquerque institution which closed in 2005 only to return in 2008. That’s a compliment. That means the burgers are juicy and delicious. While the green chili (aaargh!) is only mildly piquant (at least for this fire-eater), it is a flavorful addition to a delicious and well-seasoned burger (dare I say probably the very best burger on the Duke City’s west side). It’s also one of the very best green chile cheeseburgers in the great state of New Mexico and would kick the butt of any burger in Texas.

A large lone star festoons one wall, an audacious display considering New Mexicans seem to have a bit of competitive disdain for their neighbor, but even the most proud New Mexican will embrace the Texas BBQ Bacon Cheeseburger. This carnivore’s dream is best when served double-double style and prepared at medium. Barbecue sauce is applied lightly–only enough to be faintly noticeable. That allows the the meat and bacon to star. The bacon is thick and smoky and the beef is juicy and flavorful. Carbohydrate avoiders will love the beef at Spinn’s.

Few things go as well with burgers as French Fries, a culinary marriage that works best with crispy fries that don’t start off frozen and in a bag. At Spinn’s the fries are freshly cut and fried to order and are golden brown and delicious. They’re easily some of the best fries in Albuquerque, by far better than the out-of-a-bag aberrations. Spinn’s onion rings are large and sweet (possibly Vidalia onions) and are among the best restaurant onion rings on the West side.

In addition to the Double/Double, Spinn’s signature gourmet burger line-up includes a Texas BBQ Bacon Cheeseburger, a Queso burger (served open-face with queso), and an Armadillo Burger (a six-ounce all-beef patty, green chili, bacon and egg smothered in Texas chili and cheese placed on top of a flour tortilla) and a tortilla burger. Extras include peppered bacon, avocados, cheese, mushrooms, green chili and an egg over easy. You can also request a wheat bun on request. The tortilla burger is excellent and an even better way to hold in all the juiciness of a very moist burger.

Juiciness seems to be a hallmark of Spinn’s beef and not just on the burgers. Spinn’s rendition of the Philadelphia Cheesesteak is one of the very best in the Duke City. There are two ways you can have it–the conventional Philly style with onions and green peppers and New Mexico style with green chile. An even better way would be to have it with onions, green peppers and New Mexican green chile. The green chile has a nice bite to it, more than any other green chile Philly in town. Spinn’s uses a very creamy white American cheese that goes very well with the beef.

My friend Señor Plata’s father once told him that chicken fried steak was something his family would eat during the great Depression. It hasn’t stopped Señor Plata from enjoying it more than anyone I’ve met outside of Texas where chicken fried steak is practically a religion. Texas born Mike Spinns obviously worshiped at that altar a few times. His restaurant’s version is among the best in town. The tenderized cube steak is thick and fork-tender. It’s covered in a peppery gravy that gives it wake-up qualities. The chicken fried steak is served with two sides.

A large mural festoons the south wall of the Spinn’s location. Painted by popular local muralist Karen Deaton, it depicts several glitterati (including James Dean, Shirley Temple, Nat King Cole and Marilyn Monroe) enjoying themselves with beer and burgers. On the mural’s bottom right corner was a sight familiar to anyone who’s driven in West Texas–an armadillo on its back. What most of us haven’t seen, however, is that armadillo quaffing a bottle of Lone Star beer while on its back. It’s a whimsical mural that kept your eyes busy while you waited for your food and beverage order.

I’m not sure Saint Pete would appreciate the menu’s malapropisms, but I’ll bet he’d like most of the food (except maybe the chili).