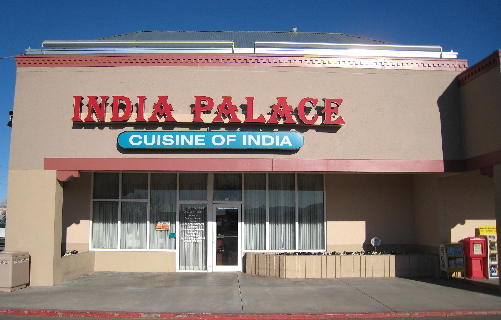 When many of us think of romantic destinations to visit or in which to honeymoon, our choices probably mirror closely those of US News & World Report which listed among their 22 best honeymoon destinations such exotic locations as Kauai, Maui, Florence, Crete, Santorini and even Las Vegas, Nevada.  The authors apparently didn’t think enchantment is synonymous with romance or wedded  bliss because no New Mexico locations made the list,  Surprisingly, neither did any destination in India.

Not everyone equates India with romance, but its ancient legends, history and monuments are rich with tales of profound love.  One of the world’s most far-famed love offerings is the opulent and ethereal Taj Mahal, built by a grieving emperor in memory of his dearly beloved wife and queen.  India also gave the world the Kama Sutra, an ancient Hindu text widely recognized as a definitive guide to the nature of love and the pleasure-oriented aspects of human life.  Hindus understood the importance of fore foreplay, paying significant attention to light, music, touch, smell, drink and food before moving on to carnal pleasures.

Sensual, tactile, pleasurable–those adjectives are probably used more frequently to describe the practices of the Kama Sutra, it wouldn’t be a stretch to apply those adjectives to an outstanding meal of Indian cuisine, maybe to add even more superlatives.  Those adjectives certainly apply to a meal at the Indian Palace on the southeast intersection of Wyoming and Montgomery in Albuquerque. Sensual certainly applies because the intoxicating aromas of exotic spices infiltrate olfactory senses which some physiologists indicate are a key to arousal.

Tactile is appropriate because you’ll keep your hands busy tearing off hunks of naan (Indian flat bread made from wheat with a slightly flaky crust baked in a tandoor) to dip into one of the restaurant’s wonderful chutneys. India Palace offers a variety of naan including an absolutely delicious garlic naan which is garnished with parsley and slightly moistened with ghee, the rich clarified butter prominent in Indian cuisine. Perhaps even better is the onion naan with bits of crunchy green onion baked right in.

As heretical as it may sound, there are times in which I believe naan is even better than the ubiquitous New Mexican tortilla with which I grew up. The India Palace bakes some of the best naan we’ve  had in New Mexico–naan which it’s easy to envision being used to sop up chile.  If naan can be compared, even if loosely, to the tortilla then poori is akin to New Mexico’s beloved sopaipilla.  Poori is a deep-fried whole wheat bread which puffs up as golden pillows of delicious goodness which just might have you longing for honey.

Another tactile pleasure begins shortly after you’re seated when a complementary plate of papadum (pictured above) accompanied by three stainless steel vessels of Indian chutneys is brought to your table. Papadum are crispy crackers somewhat resembling flattened taco shells, but far more brittle. They’re made with lentil flour and have a brittle texture, breaking easily so they can be dipped into the accompanying chutneys.

Indian chutney is usually prepared to be eaten fresh and as a genre, might be compared to the familiar salsas served throughout New Mexico. Authentic chutneys usually contain a significant amount of olfactory-arousing, tongue-tingling spices (including piquant green chili peppers) and center around a wide variety of vegetables or fruits. Among the most popular chutneys are a red onion chutney, a mint chutney and a fruity, semi-sweet tamarind chutney (all three pictured above).

Few things in life are as pleasurable as a meal of well prepared, perfectly seasoned Indian food and the India Palace is Albuquerque’s premier practitioner of that art. Lunch time is when the restaurant is most crowded with white- and blue-collar workers partaking of the all-you-can-eat buffet.

In the evening, everything is an order of magnitude (or more) better. That’s when you get the full India Palace treatment: subdued lighting, impeccably formal service, a nattily attired wait staff, perfectly aligned place settings, starched maroon napkins–and no buffet to tempt you away from the outstanding menu offerings.That dinner menu features several pages of traditional Indian favorites, about 70 choices in all. Whether your pleasure be appetizers, entrees or desserts, chances are you’ll enjoy whatever you order.

New Mexican   spice aficionados (not to mention fans of the Seinfeld “soup Nazi” episode) might want to start with the India Palace’s Mulligatawny (pictured above), a mildly spicy soup comprised of vegetables and nuts seasoned with curry powder and pepper then served with rice. It’s very flavorful though it can always be improved with even more pepper and a tad more salt.

Among the entrees, the tandoori dishes, especially tandoori chicken, seem to be especially popular. Traditionally, tandoori cooking is done in a Tandoor, a clay oven which heats to temperatures in excess of 500 degrees and imprints meat with a smoky flavor. Meats are marinated in a mixture of spices, herbs and yogurt that permeate them with a distinctive red color.  At the Palace, the tandoori lamb, chicken and fish are all wonderful. A mixed tandoori grill entree includes a chicken breast, drumstick, sausage and prawn, all lavished with breathtaking spices. It’s the best way to sample a variety of palate pleasing meats.

Even if you think you don’t like Indian food and lamb in particular, the Sheek Kabob (pictured below) will win you over. It’s choice, minced lamb seasoned with mild spices (mint and ginger are easily discernable) and barbecued on skewers in a clay oven. It has the texture of sausage and little of the gaminess often associated with lamb dishes. It is simply one of the very best lamb dishes around.

Aficionados of piquant foods might also be drawn to the restaurant’s vindaloo offerings. This curry dish is prepared with tamarind paste, chile, pepper, vinegar and other seasonings to imbue it with a rich taste. The import of chili peppers in the 16th century by Portuguese traders led to the development of vindaloo dishes in Goa, a former Portuguese colony on the Indian coast. In the land of the Kama Sutra, the late-arriving chile pepper had a very significant impact on romance, earning repute as a powerful aphrodisiac (to be eaten, not rubbed on sensitive private parts).

The degree of heat at which vindaloo is served at Indian restaurants throughout the world ranges in restaurants from barely tepid by New Mexican chile standards to sheer delicious agony with enough heat to make grown adults weep. In fact, in some restaurants in London and even New York City, it’s almost a sport to see how piquant intrepid diners can stand their vindaloo.

Duke City diners need not worry about being overtaken by delicious fumes and overpowering heat. The vindaloo at the Indian Palace isn’t even as piquant as a bowl of chile at Sadie’s. You can ask for additional spices and chile to be added if you wish. Whatever your taste, the Palace serves a very good lamb vindaloo.  To quell a fiery tongue resultant from a particularly potent green chile, New Mexicans might turn to milk. Similarly, Indians will have a glass of room temperature lassi available as they consume the spiciest of vindaloo. Lassi is a creamy concoction made from milk and yogurt. Though it has soothing properties, it can also be quite filling.

Indian cuisine is very accommodating to vegetarian tastes with a variety of wonderful offerings all lavished with aromatic sauces: a tomato-based makhani sauce, a curry and green pea sauce called mattar (my favorite) and saag, made with gamy spinach. Many vegetarian dishes are prepared with paneer, an unaged cheese somewhat similar to pressed Ricotta. Mattar paneer and sag paneer as crafted at the India Palace might be good enough to convert carnivores to vegetarianism.

For dessert, breakfast aficionados will appreciate gulab jamun (pictured at left) a dessert dish with a taste somewhat reminiscent of pancakes and hot syrup. Gulab Jamun is made of fried dough and covered in a sugar syrup flavored with cardamom seeds. If not for their donut hole appearance, these gems really might make you think you’re having pancakes in a thinned down syrup. They’re delicious.

Another terrific dessert, particularly if you like paneer, is Rasmali, balls of paneer soaked in malai (clotted cream) flavored with cardamom and sprinkled with minced pistachios.  This dessert reminds me of the goat cheese we ate with syrup in Northern New Mexico.  It’s a wonderful combination of sweet and savory flavors bringing out the best in each other.  Unlike the gulab jamun, this isn’t an overly sweet dessert.

While the India Palace can be a terrific precursor to a night of romance, it’s also a wonderful restaurant to share with friends and colleagues, especially if they’re from India.  My globe-trotting, gastronomically savvy friends Tushar Desai and Kannan Appuswamy give the India Palace a rousing endorsement.  They’re not impressed with Americanized Indian food and were surprised at the authenticity of most foods at the Palace.