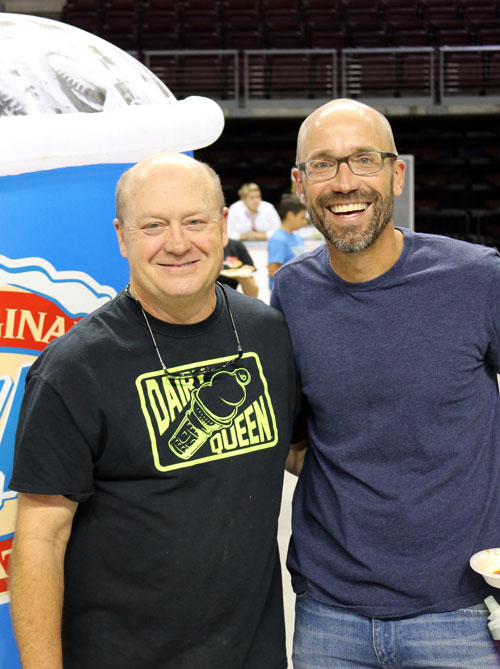 Great things are happening in New Mexico’s third most populous city. Rio Rancho has developed an impressive culinary culture, boasting a number of bona fide award-winning destination restaurants. Not only are more and more of the City of Vision’s citizens frequenting restaurants in their hometown, discerning Duke City diners are making the trek “up the hill” to dine in Rio Rancho restaurants. So are residents of Placitas, Corrales, Bernalillo and beyond.

Credit the increased popularity and success of Rio Rancho’s restaurants to the city’s many dedicated restaurateurs and their staffs who go the extra mile to keep their guests coming back for more. Many of those restaurateurs and their staffs live in Rio Rancho. They’re friends and neighbors to many of their guests. They’re also culinary consumers themselves, frequenting other restaurants in the City of Vision–not to check out the competition, but because they genuinely like them.

It’s indicative of Rio Rancho’s culinary culture that you won’t hear a restaurateur utter a disparaging word about other restaurants in the city. Quite the contrary, they go out of their way to praise their “competition.” Michael Gonzales, the effusive operating partner of Cafe Bella raves about the pinwheels at Davido’s Pizza & More. Joe and Kassie Guzzardi, the personable proprietors of Joe’s Pasta House love the exotic Indian cuisine at Namaste. It’s that way among most of the city’s restaurateurs with whom I’ve spoken.

So what happens when Rio Rancho’s resolute restaurateurs get together with about 1,300 of their friends and neighbors? You have the Taste of Rio Rancho. On Saturday, February 8th, 2014, twenty-six of the city’s restaurants participated in the fourth annual event, a celebration of the city’s best restaurants which has grown every year. Held in the Santa Ana Star Center, the Taste of Rio Rancho gave guests the opportunity to sample more than seventy-five mouth-watering dishes ranging from decadent desserts to piquant chiles, sumptuous sandwiches, prolific pizzas and much more.

250 guests who preferred not to stand in long lines paid a little extra to participate in a pre-taste,” arriving an hour earlier than the teeming masses. A panel of seven judges evaluated some 73 items against exacting criteria and voted on their favorites within five categories: best appetizer, best pizza, best sandwich, best chile dish and best dessert. A “People’s Choice Award was voted upon by paying guests at the event. Bob Brown, the popular host of ESPN Radio 101.7′s Locker Room show moderated the event, interviewing guests, participating restaurants and judges.

O’Hare’s Grille & Pub earned the People’s Choice award. Serving the City of Vision since 1996, the popular Irish themed eatery and imbibery remains one of the city’s most popular gathering spots for lunch and dinner.

Best appetizer honors were earned by Rub-N-Wood Barbecue which didn’t even exist during 2013’s Taste of Rio Rancho. Launched in June, 2013, Rub-N-Wood’s award-winning appetizer was a Flintstonian-sized barbecue rib.

With its Deluxe Pizza and Combo (beef and sausage) sandwich with au jus, Pizza 9, a local chain cleaned up in the Best Pizza and Best Sandwich categories.

Best dessert honors went to Joe’s Pasta House for their fabulous tiramisu. Though the judges were pretty full by the time we got to desserts, most of us finished the tiramisu. It was that good! Joe’s Pasta House, by the way, earned Best Italian restaurant in the Duke City area honors from Albuquerque The Magazine. It’s that good!

The 2014 Taste of Rio Rancho was a rousing success, a showcase of restaurants so good the City of Vision wants to share them with the world. If you haven’t dined in Rio Rancho recently, make it a point to do so soon.