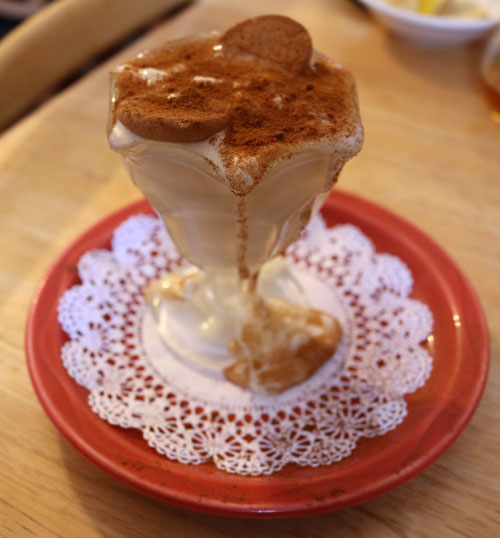 Several years ago award-winning Albuquerque Journal columnist Leslie Linthicum (since retired) penned a wonderfully evocative column entitled “Spanish Names Fade into History.” Leslie observed that if you frequent the obituaries, especially those published on the Journal North and Journal Santa Fe, you may have observed and lamented the passing of another great Spanish name. The lyrical names with which the scions of Coronado were christened–Leocaida, Elfido, Trinidad, Pacomio, Seralia, Evilia, Amadea, Aureliano and others– have become increasingly rare in the Land of Enchantment.

Leslie noted that “just about every day in New Mexico, another great old Spanish name passes on as a family loses a viejo.” Former state historian Estevan Rael-Gálvez believes the disfavor which has befallen once-honored given names can largely be attributed to “the stigma against the use of the Spanish language, which stretched from the 1940s into the 1980s.” It’s a shameful stigma that “extended into many families as they welcomed babies into the world.”

Today, instead of bestowing their children with such culturally-rooted names as Prudencio, Malya, Natividad, Onofre, Celso, Andreita, Ramoncita and Piedad, young New Mexican parents tend to favor more “homogeneous” names as Noah, Elijah, Jacob, Aiden, Daniel, Jayden, Josiah, Ethan and Michael for boys and Sophia, Emma, Isabella, Olivia, Emily, Sofia, Ariana, Ava and Abigail for girls. According to the state Bureau of Vital Records and Health Statistics, in 2014, the most popular names for newborns in New Mexico were Liam for boys and Mia for girls followed by the aforementioned names. Coronado would not recognize these names.

Having grown up daily hearing the mellifluous and traditional Spanish names of a bygone era, I can now appreciate their distinctively melodic qualities and like Leslie, mourn the passing of friends, relatives and strangers alike who brought honor to those names. It makes me cringe when young Hispanos mispronounce (butcher would be a more appropriate term) names those of my generation hold sacrosanct. Because their own parents were taught to eschew Spanish, it’s entirely inappropriate to blame young Hispanos for any linguistic malapropisms.

Leslie recalls the appropriate recitation of these names by former state historian Estevan Rael-Gálvez as “somewhere between a poem and a lullaby.” Were she to visit Teofilo’s Restaurante in Los Lunas, Leslie would probably first celebrate the perpetuation of a time-honored, traditional Spanish name on the restaurant’s marquee. She would probably then shudder the first and subsequent times she heard a server answer the phone “Tio Philo’s.” Servers aren’t the only ones employing this aberrant mispronunciation, but even more than their customers, they darned well should know better.

That not everyone in the village of Los Lunas can correctly pronounce the name Teofilo is probably attributable to the fact everyone calls Pete “Teofilo” Torres, Jr. by his first name. Everyone in Valencia county pronounces the Torres name correctly and with a bit of reverence. To put it mildly, the dynastic Torres family is restaurant royalty in Valencia County. In 1949, Pete Jr.’s father and mother Elijia (another melodic New Mexican name) founded the legendary Pete’s Café in Belen, which (ask Arnold Schwarzenegger) is still going strong. In 1986, Pete, Jr., and his wife Hortencia (more music to my ears) launched Teofilo’s in Los Lunas.

Teofilo’s is situated on Main Street where it faces the historic Luna Mansion which Pete, Jr. purchased in 2009. Both are historic properties. The venerable complex which houses Teofilo’s dates from 1913. It was built for Doctor W.F. Wittwer who was enticed to stay in Los Lunas for the princely sum of fifty dollars per month. The distinctively old New Mexican architectural design showcases period-specific architecture, including terron (thick slabs of earth rather than adobes) walls and a high-pitched, corrugated tin roof.

Step into Teofilo’s and you’re not only walking into history, you’re walking into a warm and beckoning interior with period pieces throughout. It’s akin to walking into someone’s home and in a very real sense, you are. The small waiting room, which is often standing room only, includes a number of black-and-white photos of Doctor Wittwer and his family. There are a number of small dining rooms, the most popular of which is probably the enclosed porch area where historic artwork festoons the wall. The east-facing windows let in both heat and sunlight.

You’ll also find plenty of heat on the salsa. The salsa is a rich red jalapeno-based salsa with as much heat as it has flavor. Your first serving of salsa is complementary. After that there’s a small charge. Freshness, flavor, piquancy and a little bit of smokiness are hallmarks of the very best salsas and this one ranks near the very top, among the very best in New Mexico. Aside from jalapenos, you’ll discern the boldness of chopped onions, fresh cilantro and naturally sweet and absolutely delicious crushed tomatoes. The chips are over-sized and delicious with little salt to get in the way of your taste buds enjoying them with a scoopful of the salsa.

15 March 2015: Rather than lamenting Sunday as the day preceding the start of a new workweek, savvy diners in Los Lunas and beyond celebrate Sunday as the day in which Teofilo’s offers a Sunday breakfast menu unlike any in the area. Available only from 9AM until 2PM, this is a Sunday breakfast the good doctor would have ordered. Start with a breakfast quesadilla (Cheddar-Jack cheese, avocado and bacon) with a side of papitas. It’s not only a good way to obtain another portion of salsa, it’s a way to treat yourself to as good a quesadilla as you’ll find anywhere. You’ll love the way the buttery richness of the sliced avocadoes, sharpness of the Cheddar and smokiness of the bacon nestled within a grilled flour tortilla all combine to form an eye-opening, mouth-watering flavor combination. The lightly-sheened papitas are thinly sliced and are fried to perfection.

15 March 2015: If the breakfast quesadilla doesn’t have you praying for Sunday, T’s Huevos in a Bowl (blue corn tortilla topped with papitas, T’s red chile carne adovada, two over-medium eggs, chile, Cheddar-Jack cheese piled high in a bowl) certainly will. At first glance, T’s Huevos in a Bowl might appear to be a gloppy, cheesy mess, but as your fork peels back layer-upon-layer of concordant flavors, you won’t care what it looks like. To your taste buds, this is a masterpiece, a convergence of ingredients that complement one another very well. The carne adovada is among the very best in New Mexico. It’s silky smooth porcine perfection marinated slowly in a superb red chile. The blue corn tortilla has a sweet, nutty flavor that plays off the sharpness of the cheese very well.

15 March 2015: For many of us, enchiladas are the benchmark we use to measure just how good a New Mexican restaurant is. While they may appear rather simple in their construction, when you consider the vast diversity of ingredients with which they can be created, enchiladas can be a rather complex dish. Teofilo’s creates enchilada plates from which dreams are made. Picture a blue corn tortilla canvas topped with carne adovada and a fried egg over-easy slathered with a rich red chile and served with sides of refritos and arroz. Quite simply, Teofilo’s enchiladas are poster child quality, as good as they can be made. “As good as it can be made” aptly describes the red chile which may tempt you to lick the plate so as not to leave any behind.

20 December 2017: No less mellifluous than the aforementioned Spanish names is the name Johnnah, daughter of Hortencia and Teofilo Torres, owners of this legendary restaurant. We had the pleasure of meeting Johnnah during our December, 2017 visit and found her to be as charming and beautiful as her name. She could be a restaurant critic if she wanted. While I would have struggled to find the best descriptor for the enchiladas dish on our table, she described them as “meaty,” ironic but wholly accurate though those enchiladas were stuffed with quelites (lamb’s quarters) and topped with a superb mushroom green chile. They were “meaty” tasting and absolutely delicious. The mushroom green chile is transformative…so much so that the quelites enchiladas topped with mushroom green chile made it to my “best of the best for 2017” list.

26 April 2015: Because the sopaipillas at Teofilo’s are so good with honey, it stands to reason they’d be just as good in the form of stuffed sopaipillas. If anything, the stuffed sopaipillas are even better, especially if they’re engorged with ground beef and refritos then slathered in rich, red chile and blanketed in molten shredded Cheddar. As with every entree at Teofilo’s, a case could easily be made for these being among, if not the very best stuffed sopaipillas in New Mexico. They’re also served piping hot, a serving style every New Mexican restaurant should emulate.

15 March 2015: Sopaipillas are, very often, the way most meals at New Mexican restaurants end. Most of the time, it would be criminal to consume anything after reveling in the hot, puffy pillows of dough. Doing so is generally anti-climatic. As wonderful as the sopaipillas are at Teofilo’s, you’re forgiven if you choose to indulge in one of the rich, delicious desserts. For many diners, a meal at Teofilo’s wouldn’t be complete without finishing it off with natillas. In its “Best of the City” issue for 2008, Albuquerque The Magazine named them the “best natillas,” indicating they’re “worth driving for.” These rich, creamy, cinnamon custard delights are absolutely addictive.

15 March 2015: If there’s one dessert which may top (yes, it’s blasphemy, I know) the natillas, it’s Teofilo’s Toledo Crème Cake, a three-layer coconut-buttermilk cake studded with pecans and thick, rich cream cheese frosting. Served Fred Flintstone slab-sized, it’s an addictively rich, calorific indulgence you’ll have to share and even so, will probably take much of it home with you. This is the type of cake few restaurants endeavor to prepare and serve any more. Lucky for all of us, Teofilo’s isn’t like other restaurants.

While so many mellifluous New Mexican names are going by the wayside, we’re comforted in knowing that wonderful family restaurants such as Teofilo’s continue to prepare and serve the traditional foods of New Mexico the way they’ve been prepared for generations. Teofilo’s is a Land of Enchantment classic!