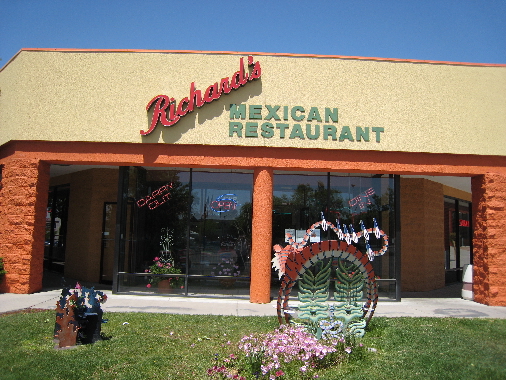 In 2006 and 2007, the CalorieLab compiled the “fattest state” rankings based on a risk factor assessment provided by the Center for Disease Control (CDC) and Prevention. CalorieLab determined an overall increase in obesity in all states but California.

Garnering the discomfiting dishonor as the fattest state in the union two years in a row was Mississippi. The Magnolia State was the first state ever in which two-thirds of its citizenry or higher were either overweight or obese by CDC standards.

Our neighbor to the north, Colorado, ranked as the leanest state in the fruited plain two years running despite the percentage of its citizens now considered obese climbing to 17.6 percent.

In many national ratings involving education, health care and other quality of life measures tracked, the Land of Enchantment seems to fall in the ignominious neighborhood of Mississippi.

I had expected the stout girth of our citizens to approximate the voluminous magnitude of the Deep South state’s rotund residents since statistics usually place us in the same neighborhood.

Surprisingly, New Mexico was far distanced from Mississippi, ranking as the 42nd fattest state–or 8th leanest state if you prefer. By CDC standards, 59.8 percent of the state’s citizenry is obese or overweight. That’s almost seven points lower than Mississippi.

From the salty, oily chips we enjoy with our salsa to the high fat content in the melted cheese and sour cream on our enchiladas to our lard-laden refried beans and sugar-saturated sweets, some New Mexican meals should be served with an angioplasty.

I’ve known for years about Richard’s Mexican Restaurant in the American Square shopping center. Richard’s has billed itself as the “original Mexican health-food” restaurant since it launched nearly 20 years ago.

Like many of my corpulent compatriots, I avoided Richard’s like the plague, reasoning that there’s no way New Mexican food can taste good if it’s healthy and good for you.

Richard’s has been making believers of skeptics like me since 1989 by serving food that’s not only lighter than most New Mexican cuisine, but as delicious as you’ll find at many of the diet-devastating favorites throughout the Duke City.

The menu features several vegetarian options including a meatless posole and a burrito filled with lentils and brown rice instead of beef or chicken. You can also have whole wheat sopaipillas or tortillas instead of the standard flour versions. Everything is prepared fresh using canola oil instead of lard.

Unlike many New Mexican restaurants, no desalination process is required for any of the food, including the chips. I have friends who rain salt down upon their food without first tasting it. They might go through an entire salt shaker at Richard’s and tempting as it was, I didn’t reach for the crystalline flavor ameliorant once.

Denouncers of dietary dining need not despair. Richard’s menu still serves all the fatty favorites we love and the portions are profuse the way Mississippians (ostensibly) like them.

Perhaps in keeping with a healthful theme, Richard’s has nearly none of the stereotypical trappings you find at some New Mexican or Mexican restaurants (I’m thinking in particular of a Santa Fe restaurant whose logo depicts a mustachioed, sombrero wearing Mexican exposing an oversized basketball shaped belly).

The dining rooms are bright, clean and airy with green flora throughout. The walls and window blinds are painted in sponge applied shades of purple. Seating is in close proximity to other diners.

No sooner do you enter the restaurant than the hostess escorts you to your table. A complementary order of chips and salsa arrives shortly thereafter as does your beverage order. The wait staff can’t possibly be more friendly, attentive and on-the-spot.

The salsa is pureed and fairly thin, but not watery. It’s about medium on the piquancy scale and has the pronounced taste of fresh vegetables–rich, red tomatoes, onions and green chile. It also has a nice garlicky taste.

The chips are crisp are relatively low in salt and have none of the greasiness of homemade chips. They’re uniform in size and shape, obviously out of a bag.

Richard’s guacamole is velvety and fresh, but could be improved with a squeeze of lime, just a bit more bite and maybe a tad more salt. This is easily remedied.

The grande enchilada plate (pictured above) served Christmas style is a good benchmark as to how Richard’s prepares New Mexican standards. As with other plates, it is garnished with a salad sized portion of lettuce and tomatoes.

The grande enchilada plate features three enchiladas–one engorged with cheese, one with chicken and one with shredded beef brisket. The shredded beef stands out. It’s the kind of beef that makes the best carne adovada–tender tendrils of moist, flavorful brisket.

The red chile is somewhat thin and not exactly bursting with flavor or piquancy. The green chile is flavorful, but also lacking in the bite back qualities New Mexicans like.

Among the available sides accompanying the dinner plates are a vegetarian posole that’s surprisingly good. Mind you, it’s not nearly as good as posole flavored with chunks of pork, but it’s not bland as you might expect. A must have side dish and one served in only a handful of Albuquerque restaurants is fideos.

Fideos are a traditional Spanish and Mexican noodle dish. The word fideos actually refers to the type of noodle–either angel hair or vermicelli. These thin noodles are cooked in a soupy tomato broth and can be served with various other ingredients such as chile, onion, garlic and cheese.

Richard’s version of fideos are unadorned with ingredients, but they’re served warm and comforting. It’s hard not to think of fideos as Mexican spaghetti and it probably wouldn’t be too difficult to find a Vietnamese version of vermicelli prepared very similarly.

The enchiladas con queso (pictured above) feature chicken enchiladas topped with a creamy con queso. This is probably one of the restaurant’s most piquant dishes, not that it will water your eyes with heat. The con queso is rich and delicious and the chicken, mostly moist thigh meat, is very well prepared.

Sopaipillas are served with real honey, albeit in packets. These pockets of deliciousness arrive at your table just out of the fryer so handle them with care. Open them up to slather on the honey and fragrant wisps of steam might escape, much to the delight of your nostrils. These are very good sopaipillas.

Richard’s might not take all the guilt away from eating New Mexican food, but at least it’s doing its part to help New Mexico distance itself further from America’s fattest states.