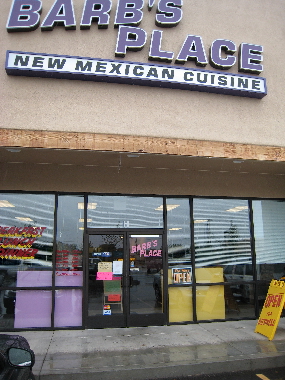 To everything there is a season and
a time to every purpose under heaven.
– Ecclesiastes 3:1-8

These lyrical words from the King James version of the Holy Bible have been attributed to the most sagacious of Jewish monarchs, King Solomon. They have been recited, sung and published in numerous prayers, songs and books. The words posit that there is a time and place for all things–even cumin.

I’ve been accused of making my Web site a bully pulpit against cumin (more than once referred to on my site as “the accursed despoiler of New Mexican chile.”) Perhaps it’s true that I’ve been a bit tough on cumin, a pungent spice with a distinctive salty-sweet flavor, but my rail against that spice is solely where New Mexican food (red chile in particular) is concerned.

Cumin is one of the most frequently used spices in Indian food, gracing many a wonderful Indian curry dish. In combination with other sublime Indian spices, its redolence is smoky, maybe even musky, and always evocative.

Why then my contempt for cumin on chile? It’s simple! Red chile needs absolutely no amelioration. Unadulterated, it is absolute perfection just as nature intended. Cumin tends to give chile an astringent flavor and aftertaste and it removes the earthy, fruity sweetness inherent in great red chile. The more cumin added, the more that incomparable chile flavor is lost.

When we visit New Mexican restaurants we’ve started asking whether or not cumin is used in the preparation of their chile. The answer is usually a polite “yes” or “no.” At Barb’s Place, the answer, “I don’t allow cumin in my kitchen” came directly from affable proprietor Barb Vigil. Her answer assured me I’d met a kindred spirit.

Barb, as it turns out, is a traditionalist. She prepares her New Mexican food the way it’s been prepared for generations. She’s been cooking for a long time–professionally, out of necessity and for the sheer delight of it. Not only does she not believe cumin has no place in New Mexican cuisine, she likens its effect on chile to the aroma of feet. A woman after my own heart.

Barb’s place is situated in the Northdale Shopping Center on Fourth. Nearby is the former site of some of her previous culinary conquests, the now-defunct Ramon’s where she served as both a manager and cook. Ramon’s was one of Albuquerque’s little treasures, a terrific restaurant that pleased Duke City palates for years. I now know why.

Barb’s Place bears some similarity to Ramon’s, especially in its hominess. Its southern exposure, comprised of windows that extend practically from ceiling to floor, makes the restaurant bright and airy. The bird’s egg blue walls are adorned with vintage family photographs in black, white and sepia tones.

The restaurant’s sole dining room, albeit a capacious one, became a popular North Valley dining destination practically since Barb’s Place launched in March, 2008. One of the reasons is the chile she uses. Barb obtains her chile from the nearby Fruit Basket, a local purveyor of fresh vegetables and fruits. The chile is piquant enough to get your attention, but not so much that it scalds your taste buds.

As with many restaurants, the most piquant offering is the salsa. It’s a rich, red salsa that packs a pleasant punch and a garlicky bite.

The menu is pretty simple and only three pages long with plenty of white space. It lists each entree then beneath that, the different ingredients with which that entree can be had. There are, for example, fifteen different burrito options available.

The wait staff is attentive and friendly, flitting from table to table with seemingly boundless energy. They have to be energetic to keep up with the crowds.

The specialty of the house is carne adovada enchilada plates served with your choices (two) of beans, rice or papitas. Plates come with sopaipillas. The carne adovada is tender and delicious, porcine perfection at its definition. These enchiladas are stacked and available in quantities of one, two or three. You’ll kick yourself if you don’t have at least two.

That’s because these enchiladas are more than ready for prime time. The red and green chile (Christmas style) is better–more piquant and flavorful–than even Ramon’s chile used to be. It is ameliorated with lots and lots of garlic, maybe a tad of oregano and absolutely no cumin (as if I needed to say that).

Like my sainted grandmother Andreita, Barb’s papitas are made by first boiling then pan-frying potatoes. This is a time-honored tradition employed by many New Mexican cooks. Papitas are very good when prepared in this manner. The refried beans are also quite good with a sheen of Cheddar cheese partially covering them.

The sopaipillas are served warm. Tear into them and aromatic steam wafts towards you like a delicious invitation. These are excellent sopaipillas, not too greasy or flaky.

To everything there is a season, and when it’s time to eat, Barb’s Place is a wonderful option. It is open from 8AM to 8PM Monday through Saturday and from 8AM to 3PM on Sundays.