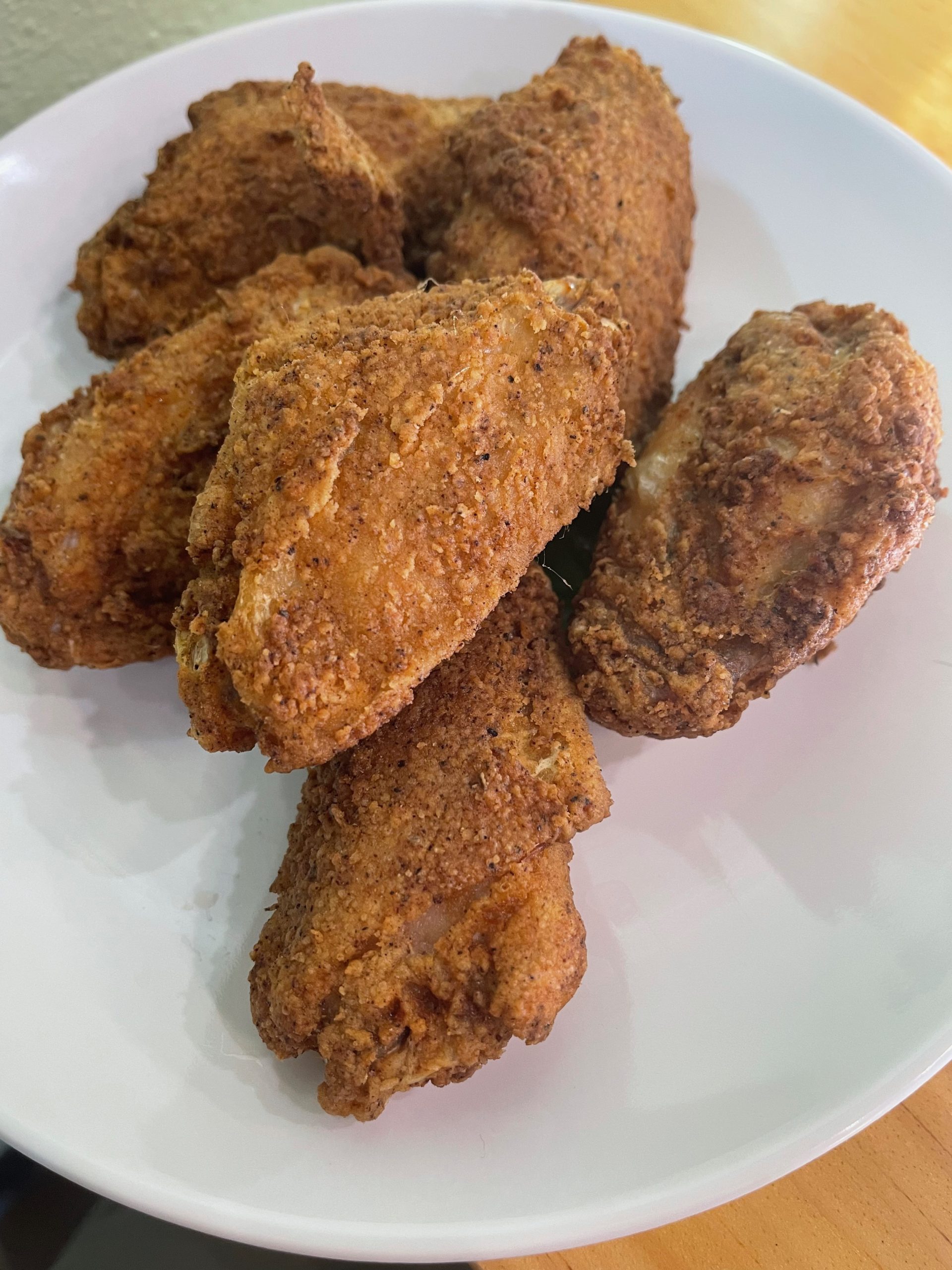 If you’re susceptible to the power of suggestion–especially as it pertains to ear worms (recurring tunes that involuntarily pop up and stick in your mind)–you’re probably going to hate me (or you can skip this paragraph and continue to love me).  That’s because if you do read this paragraph you’re going to be humming to yourself one of the most annoying songs of all time–Gangnam Style.  Arguably, Gangnam Style is not as annoying as La Macarena or My Humps (which Rolling Stone declared “the most annoying song ever”). The more you try to suppress Gangnam Style, the more your impetus to hum it increases, a mental process known as ironic process theory.  By the way, those most at risk for “stuck song syndrome” are females, youth, patients with OCD and anyone reading this paragraph.

Unless you can speak Korean you’re going to have to hum Gangnam Style and not sing it.  The only lyrics in English are “Eh, sexy lady.”  Korean rap singer Psy who took Gangnam Style all the way to number one describes the song as “a tribute to the ladies of the wealthy district.”  He’s talking about the affluent Gangnam district in Seoul Korea which Psy describes as “noble in the daytime and going crazy at the night time.”   The Gangnam district is Seoul’s equivalent of Beverly Hills.  Aside from girls “whose heart gets hotter when night comes,” the Gangnam District offers some of the best restaurants in Seoul, including an array of restaurants serving cuisine from across the globe.

So, even if you’re annoyed at me for implanting that nauseating earworm in your mind, you’ll be thanking me later for telling you about K Style, a Korean restaurant that might actually inspire you to compose a tune.  Okay, the food may not be of the Michelin Star caliber you’d find in the Gangnam District, but it’s quite good.  For those of us who live west of the Rio Grande, Korean food options are almost as rare as silvery minnow topping our pizza so we’re very happy to have it.  Best of all, it’s in a familiar location.  K Style Kitchen is located in the Lilliputian space which used to house M’Tucci’s Market & Pizzeria, one of the very best delis anywhere.

It’s been my experience that almost all Korean restaurants across the fruited plain are owned and operated by Koreans, often spouses and families of military members fortunate enough to have been stationed in the Land of the Morning Calm.  The perpetually smiling face that greets you as you walk in is that of Kyong, the beaming bride of an Air Force veteran like me.  Fittingly she runs the front of the house while her twin sons manage the kitchen, preparing food to order.  Kyong is a buoyant and peripatetic bundle of energy who flits from table to table getting to know her guests and making sure they’re enjoying their meals.

It’s also been my experience that most Korean food served in restaurants across the fruited plain is somewhat “Americanized.”  That’s not necessarily a bad thing.  Korean food made at home by Koreans for Koreans tends to be much more pungent, more vegetable oriented and much more intricately seasoned.  Kimchi is prepared to a new level of spicy; it should come with a warning.  Bibimbap is made with a purple rice, not white rice.  It’s mostly a vegetable dish and isn’t seasoned much at all.  Again, the variances in how Korean food at restaurants and Korean food in Korean homes isn’t a bad thing.  It’s a recognition by Korean restaurateurs that American tastes are different.

The transformation from M’Tucci’s Market & Pizzeria is so complete that you’d never guess this Lilliputian space once housed an Italian deli.  No vestiges remain of the wondrous Italian aromas.  The aromas at K Style Kitchen are no less magnificent–the pungency of deeply spiced kimchi, the sweet smokiness of bulgugi and so much more.  You’re enveloped in those aromas the minute you step in the door.  You’re also enveloped in hospitality.  Kyong is the consummate host.  There aren’t many tables at K Style Kitchen and most are of the two-top variety, but take-out orders keep the kitchen busy.

Food critics (and those of us who play them in movies and blogs) frequently refer to smell and taste (and sometimes texture) when describing flavors of food. Koreans believe there’s another sense of taste, one that is more holistic or whole.  It’s the sensation the entire body–tongue, intestines, stomach–experiences when eating.  This “third sense” is known as “siwonhat-mat.”  It’s the sense acquired through the digestion of food, what your body can experience from eating.  It’s something of which I’ve been mindful of since my first experience with Korean food as a young pup in Massachusetts.

K Style Kitchen’s menu is on full display on the restaurant’s south wall.  It’s not especially large, but it does offer many of the dishes Americans have embraced–and a couple of surprises.  Among the latter are sandwiches (none of my Air Force colleagues stationed in Korea ever told me about this): a beef bulgogi sandwich, chicken bulgogi sandwich and fried chicken sandwich.  There are four plates on the menu including a fried chicken plate (battered fried chicken with a soy glaze).  Critics refer to Korean fried chicken as “the real KFC” which means this is a must-try item.  Also on the menu are bibimbap, fried rice, chicken wings and tenders and such sides as cucumber kimchi, Napa cabbage kimchi, French fries, housemade pickles and mandu.

7 October 2022: Bibimbap can be literally translated to “mixed meal,” because it’s constructed from sundry items often already prepared.  Other than bulgogi, it may be the most popular and well-known Korean dish in existence.  Some cynics actually decry it as leftovers disguised as a gourmet dish.  There may be some merit to that description.  Bibimbap starts with rice served in the hot stone bowl in which it is prepared, the rice at the bottom of the bowl crackling as it continues to cook.  Layered atop the rice are slender strips of perfectly seared beef or chicken and pickled and spiced vegetables in all their flavorful and colorful glory.  The dish is then crowned with a single fried egg.  You will then stir in K Style’s housemade gochujang, a Korean chili pepper, to taste. The beef bibimbap is terrific, among the best we’ve had in New Mexico.

7 October 2022: My Kim treats most rice as if it’s meant only for throwing at brides and grooms she doesn’t like.  Thankfully K Style is accommodating and instead of bulgogi served with rice, she had bulgogi served with noodles (which she loves).  Bulgogi, thinly-sliced marinated beef often referred to as Korean barbecue, is probably the most popular Korean dish among Americans.  Sadly, some restaurants seem to marinate the beef in syrup and caramel.  K Style’s version is neither too sweet nor too spicy (my Kim doesn’t do spicy any more).   Tangles of slippery noodles, scallions and cabbage share space on the plate with the bulgogi.  This is a Korean dish for people who think they don’t like Korean food.  It’s also the first dish to which newcomers to Korean food should be introduced.  They’ll be hooked on this version.

7 October 2022: Most countries have at least a few fermented foods, such as yogurt or cheese, but there is probably no country on Planet Earth with as wide a variety of fermented dishes as Korea.  The diversity of fermented dishes was borne out of the long and cold Korean winter. During Korea’s harsh winters when it obtaining fresh vegetables and namul (seasoned vegetable dishes) available during other seasons, ancient Koreans came up with the ingenious solution of fermentation.  Korea ferments cabbages, radishes and vegetables to be consumed year round.  Among the most popular (and most famous) fermented dishes is kimchi, a fermented dish made offered at K Style made with Napa cabbage or cucumbers.  Cucumber cabbage is terrific, albeit not very piquant.  It’s addictive!

21 October 2022:  In May, 2022, Thrillist undertook the delicious challenge of ranking the twelve best “classic” burger toppings.  No indication was given as to the number of respondents surveyed though the collective “we” seems to indicate only Thrillist staff members were polled.  All the classics were listed:  cheese (which ranked first), lettuce, tomatoes and onions.  It did my heart good to see pickles ranked number four on the list.  The writer got it right in declaring pickles “sacred”: Pickles are a sacred ingredient. The juice is amazing as a chaser for shots or swapped with olive brine for martinis, the spears are some of the best salty snacks ever, and a classic burger just feels incomplete without slices of pickles snuggled under a cheese blanket.

My “mad scientist” tendencies are the prime reason my Kim doesn’t want me in the kitchen with her (unless it’s to do dishes or chop ingredients).  Over the years I’ve experimented with every conceivable condiment and dozens of different cheeses as burger toppings.  Among my favorite topping is Louisiana chow-chow, a spectacular relish condiment.  My next burger will include K Style Kitchen’s homemade Korean pickles.  There’s a likelihood I’ll never again want dill pickles on my burger.  Korean pickles have a magical combination of tart, piquant, peppery, garlicky and sweet flavors that may trigger exclamations of “Wow!!!” and “Oh My Gosh!!”  Honestly, Korean pickles will make a fan(addict) out of you.

21 October 2022:  In recent years, restaurant critics have begun referring to Korean Fried Chicken as “the real KFC.”   With all due respect to the Colonel and purveyors of fried poultry across the fruited plain, there are several reasons so many of us consider Korean fried chicken superior to any other. “What’s so special about Korean fried chicken,” you ask.  For one thing, it’s generally fried twice, rendering the crust crispier than American fried chicken and virtually grease-free (though it’s still just as calorically endowed as any Southern fried chicken).  It’s often coated with a sticky, sweet, spicy sauce.  For another thing, American fried chicken has a tendency toward a thick crust (can you say Church’s and Popeye’s) which belies the actual amount of chicken you find within.

My Kim would probably make the U.S. Olympic chicken eating team if there was such a thing.  She’s passionate about poultry and crazy about chicken.  With Ms. Gennie’s House of Chicken sadly out of the picture, K Style Kitchen’s chicken instantly became her favorite chicken in town.  Mine, too (Captain Tuttle, you’ve got to try it soon)!  We ordered both the chicken wings and the chicken tenders with sauces (soy garlic and Bourbon barbecue) on the side.  If you’re tired of desiccated wings so small they could have come from a hummingbird, these are the wings for you.  They’re meaty, juicy, tender and absolutely delicious.  Though we tried the sauce, it was wholly unnecessary.  Purists will love this poultry.

Howie “The Duke of the Duke City” Kaibel, erstwhile Community manager for Yelp describes K Style in his usual brilliant manner: ” This little Korean gem of an eatery is the real deal: scratch-made food, friendly service and a family run structure that cares about their customers.”   He gave it five stars.  So do I.  Now if only I could get Gangnam Style out of my head.