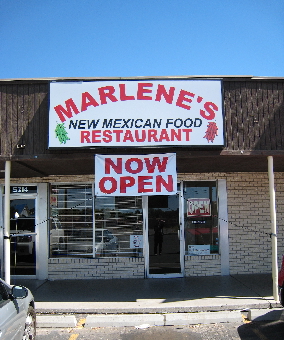 For far too many people, work is a drudgery, a tedious, tiring and torturous routine done solely to earn a living. It is mentally draining and monotonous, physically exhausting even if not menial in the least. It makes getting up in the morning a prodigious challenge knowing you’re about fo face more of the same. It is a curse and a misfortune. It is a necessary evil.

Conversely when you love your job and are able to work at something about which you are passionate, work is something to look forward to and relish. Kahlil Gibran described it best in saying “work is love made visible.” It is visible in the enthusiasm and joy with which each task is approached.

I know very few people who love their professions to the extent that it shows. One is Tish Resnik, proprietor of the Great Outdoors Nursery who spends her days under the canopy of New Mexico’s cobalt skies where she is surrounded by the lush greenery she lovingly cultivates from fecund soil. On September 5th, 2008, I met another person who’s love of her profession is manifested in the sheer joy with and enthusiasm with which she pursues it. She is Marlene Mondragon, proprietor of Marlene’s New Mexican restaurant on Fourth Street.

Marlene is an indefatigable whirling dervish who seemingly serves as hostess, waitress, cashier and cook simultaneously. She flits from table to table greeting and engaging her customers in conversation while taking and filling orders without missing a beat.

Like many great cooks, Marlene got her start in a rather inconspicuous manner, and like some of the best cooks, she didn’t have any formal training save for the apron-side training she received from her mother. Before the thought of owning a restaurant was even a glint in her eye, she worked at Honeywell where she sold some of her homemade New Mexican items on the side. From sheer word-of-mouth, the popularity of her home cooking grew to the point at which her employer would no longer allow her to ply her side business.

Buoyed by the popularity of her food, Marlene eventually left Honeywell and launched a full-service mobile roadside restaurant from a converted recreation vehicle parked in a vacant dirt lot on Alameda Boulevard. Marlene’s Mexican Food has now been pleasing blue- and white-collar workers and nearby residents for more than fifteen years and like the peripatetic postal employees, she is there during rain or snow, sleet and dark of night. Make that early morning (5AM) when hungry diners want to get their day started with a breakfast burrito or some sundry treasure prepared by Marlene.

The success of her mobile operation made it inevitable that Marlene would launch an actual restaurant on a permanent, albeit tiny structure. Marlene’s is situated in the heart of the North Valley, not quite two blocks south of Montano. With but twelve booths and tables in an elongated dining room, it has a homey feel to it. A framed photograph of New Mexico’s official state fruit festoons one wall while metal Kokopellis flank a colorful wall hanging depicting the Zia sun symbol centered around four multi-hued balloons. The balloon theme continues on the restaurant’s east wall.

Even though she attends to all her guests personally, Marlene still manages to take an active role in everything that goes on in the kitchen where her assistant cooks keep things running. She wouldn’t have it any other way. A perfectionist to the nth degree, she is a stickler for portion and quality control. Every tamale that comes out of her kitchen is uniform in size and has the same amount of chile. She strives to give her guests a consistent dining experience. When the Alibi’s brilliant and witty restaurant critic Maren Tarro, a virtuouso of vocabulary, mentioned in her review that a couple of her taquitos had some cold chicken in the center, Marlene dedicated herself intently to ensuring that never happens again.

In an era in which many restaurants don’t care about your dining experience because if you don’t come back, someone else will take your place, Marlene really cares about her guests. She may ask you several times how everything is, but that’s solely because she takes personal pride in what comes out of her kitchen and wants everything to be absolutely perfect–the right temperature, the perfect seasoning, reasonable portions, etc.. I would imagine that the only time her iridescent smile leaves her face is if one of her guests is unhappy.

At first glance, you might not be happy with the price of some entrees on the menu. Many entrees approach the ten dollar price point which years ago seemed out of the question for New Mexican plates, but considering the cost of ingredients, a steeper bill of fare is the way things are going in the restaurant business today. Most diners don’t mind paying a little bit extra for good food in reasonable portions. They won’t mind paying at Marlene’s.

Similar to another trend in Albuquerque’s New Mexican restaurants, salsa and chips aren’t complementary. Spring for the cost anyway. The salsa is tomato paste thick and its ingredients include fiery green chile, chopped onion and salt and pepper. We were unable to discern any garlic or cilantro, but that only allowed the components to shine. The salsa is of medium piquancy with just enough bite to give your tongue that tingly feeling. The blue, red and yellow corn chips are light, crisp and low in salt.

Marlene obtains her chile from a vendor in Hatch with whom she’s developed a friendly relationship. The vendor not only supplies her with the chile that adorns her menu, but with the lacquered chile ristras which hang on the walls. It’s a good chile.

One of the best ways to experience that chile is in the form of a chile relleno. A long Big Jim chile is engorged with Cheddar cheese and topped with even more chile and melted shredded cheese on a plate almost completely smothered in capsaicin goodness. The relleno is lightly battered. Considering all the chile and cheese that tops it, you wouldn’t expect it to be even slightly crispy, but it is. It is neither flaccid nor stringy as some rellenos tend to be. Big Jim chiles have only slightly more piquancy than bell peppers so any piquancy on this plate comes from the chile which smothers this dish.

Since Marlene began advertising on a local AM radio station, take-out orders for her tamales and rellenos have gone through the roof. These are two of her restaurant’s specialties and she’s very proud of them.

Although the menu does include a tamale plate, you can also order these masa encased treasures as part of a combination plate along with an enchilada, taco, beans and rice. My faithful dining companion Bill Resnik, an aficionado of terrific tamales calls Marlene’s among the best. He appreciates the texture of the masa layer which isn’t so thick that it dominates the flavor of this popular New Mexican entree. Instead, the masa serves as a savory sheath for perfectly tender and flavorful shredded pork. It is the highlight of an otherwise good combination plate.

Another highlight is the sole taco on the plate. It is engorged with ground beef and potatoes (not the mashed potato flakes some restaurants use as filler). The ground beef is perfectly seasoned and has a just fried flavor. At far too many restaurants, ground beef has a reheated flavor. Not so at Marlene’s where everything tastes as if just out of the stove. Everything is served at a nice hot temperature, too. Marlene somehow manages to pluck orders right out of the kitchen as soon as they’re ready so there’s no temperature loss by the time they get to her guests’ tables.

At most New Mexican restaurants, you can order burritos, stuffed sopaipillas and enchiladas with your choice of beef (usually ground), chicken or beans (or any combination of the three you desire). Marlene takes it a bit further, offering roast beef, chicharrones, carne adovada and something called “Lucero” which we hadn’t seen at any other restaurant. Lucero, a Spanish word for a luminous celestial body (and a common surname in New Mexico) means bacon (and lots of it) and beans. Why everything isn’t stuffed with bacon is beyond me.

That bacon is crisp and salty, two of the best qualities of good bacon. A stuffed sopaipilla Lucero style (pictured above) means a generously engorged sopaipilla packed with beans and bacon, an irresistible combination. There’s bacony taste in every forkful of this entree. There’s also cheesy goodness from handfuls of melting shredded cheese, but mostly there’s the flavor of Christmas style (red and green) chile to impart its inimitable magic on your taste buds.

Sopaipillas are complementary with many entrees. These are large, puffy pillows of deliciousness with very little of the greasiness for which sopaipillas can be known. Alas, Marlene’s uses that honey flavored syrup too many restaurants use instead of the real thing. There’s nothing like real honey on a sopaipilla.

There’s nothing like loving your job. It’s a blessing and a joy. If you’ve forgotten what it’s like to love your job, have lunch at Marlene’s and watch the owner in action.