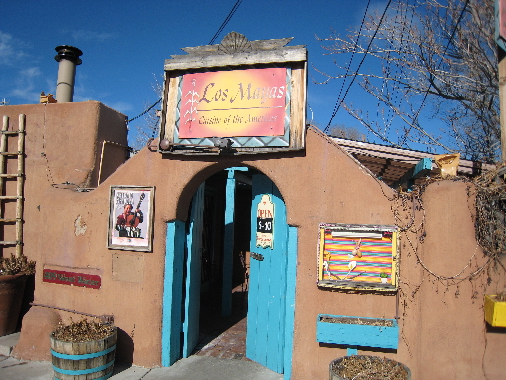 Diego de Landa Calderón, the former Bishop of Yucatán, is a dichotomous figure in the history of the new world.  On one hand, he is recognized as an invaluable source of information on pre-Columbian Mayan civilizations, but on the other, he was directly responsible for destroying much of that civilization’s history, literature and traditions.

Given the responsibility of converting the indigenous Maya to Roman Catholicism, he instituted an Inquisition that ultimately ended with the notorious auto de fé, a ritual of public penance for condemned heretics.  Mayas who continued to practice “idol worship” after having been “converted” to Catholicism were the recipients of this torturous rite.  During one ceremony, he also burned more than 5,000 Maya cult images and a significant number of Maya codices which would have filled in many blanks as to Maya history and culture.

In 1566 upon his return to Spain, Landa authored a book in which he catalogued the Maya language, culture, religion and system of writing.  From his writings, we now know just how much the ancient Maya diet contributed to our own modern foodstuffs.  While some of the foods of the Maya (and frankly of their modern-day descendants) are unfamiliar to many Americans, other foods are commonplace at the supermarket.  These include tomatoes, sweet potatoes, avocados and guavas as well as such familiar and treasured New Mexican foods and seasonings as chili peppers, chocolate and vanilla beans.

Fish and fowl were also a significant portion of the Maya diet.  Landa’s writings tell us the Maya was a considerate hunter, killing only what he needed from among the plentiful deer herds, wild turkeys, wild boar, rabbits and even iguana and armadillo.  Beekeeping and the production of honey were important staples of Mesoamerican life.

Among the Maya staples, both as a food and in cultural and ritual ceremony, was maize which was used to construct tortillas and tamales.  Just imagine, the Maya had all the ingredients needed to craft some of New Mexico’s favorite dishes.

In Santa Fe, New Mexico, the foods of the Maya and their descendants can still be obtained at a restaurant named for this great civilization.  Los Mayas restaurant on Water Street honors the culture and traditions of the Maya people in a modern venue renown for its lively and spirited ambiance and excellent Mexican and New Mexican food.  Los Mayas is located within the walls of an adobe home built in 1929 by Don Timoteo and Dona Sofia Cordova.  Within easy walking distance of the historic Santa Fe Plaza, it is a popular dining destination where customers can relax to the melodic stylings of musicians descended from the great Maya.

From the gated Taos blue entrance a red brick path will take you either to the restaurant’s spacious front dining room or the covered patio, a popular summertime favorite.  The mauve-hued walls of the front dining room are festooned with eclectic and colorful art depicting life in Mexico while the tiled floors give it a majestic feel.  This dining room is a cozy, comfortable setting designed to enhance your dining experience.  There are two additional indoor dining rooms in which fires crackle in winter from stylish fireplaces.

You’ll gain entrance to the patio through an arched passage at the end of the brick path.  On a busy night, the length and breadth of the pathway might just be wall-to-wall people as hungry throngs queue up to dine.  Coyote walls backdrop much of the patio which provides roofing, shelter and shade to diners.  In the summer, a place at the patio beats the artifice of air-conditioned indoor climate.  The restaurant’s sound system pipes the music emanating from the stage enhances the intimate ambiance.

Service is first-rate.  Peripatetic owner Fernando Antillas is an outgoing sort, back-slapping gentlemen diners and hugging the women.  He is as friendly and engaging as any restauteur and is equally at home speaking English as he is his native Spanish.

Not only is the spirit of Old Mexico present in the restaurant, so are many of its diverse cuisine offerings.  The menu is actually a compendium of New Mexican and Mexican recipes, particularly from the central state of Puebla.  There are also significant Oaxacan influences in evidence on that varied and interesting menu.  It’s unlike the menu you’ll find at most Mexican restauants in the Land of Enchantment.

Within minutes after you’re seated, a bowl of rich, red salsa and a basket of crisp, fresh chips are delivered to your table.  The salsa has the flavor of fire-roasted tomatoes, garlic, Mexican oregano and fiery chili peppers for that essential incendiary touch.  It rates about medium on the piquancy scale though many tourists would argue that it’s got the potency of a flame-thrower.

One of the dishes for which the state of Puebla is best known is a restaurant specialty.  That would be Chiles Rellenos en Nogada, traditionally a Christmas dish which Santa Feans can enjoy year-round.  It’s an interesting dish whose component ingredients vary depending on who prepares it.

Los Mayas rendition starts off with a poblano pepper engorged with ground beef, chopped fruit and walnuts covered in a rich, sweet sauce made from molasses, cream and just a whisper of brandy.  For contrast, it is sprinkled with pomegranate seeds.  The restaurant offers this decadent treat as an appetizer, its most expensive.  It’s an appetizer we first shared at Los Mayas with new friends Sue and Skip Munoz during our inaugural visit and it’s an appetizer we’ll always order.  It’s one of the very best renditions of this Pueblan dishes we’ve ever had.

The menu categorizes entrees into three categories: Northern New Mexican, Old Mexico and Seafood/Vegetarian.  It’s an ambitious menu with something for every discerning diner.  The New Mexican cuisine is purported to be “Santa Fe style,” an audacious claim we last saw at a New Mexican restaurant in Springerville, Arizona.  This menu includes such traditional northern New Mexican favorites as calabasitas, blue corn enchiladas and stuffed sopaipillas.

Old Mexico offerings come from recipes which have been in the Antillas family for three generations, but some of whose genesis is contemporaneous with the Maya for whom the restaurant is named.  Most entrees are accompanied with mashed pinto beans topped with melted cheese and rice sculpted into a round mound of flavor.

One of the Old Mexico menu favorites is the Filete de Res (pictured above), a ten-ounce charcoal-grilled ribeye served with one chile relleno.  The steak is about half an inch thick, but every bit of that is flavor-rich, imbued with just a hint of charcoal smokiness.  It is as tender as my heart with nary any excess fat or sinew.  The chile relleno proves an interesting contrast to the dessert-sweet Chile Relleno en Nogada.  With piquancy just above that of a bell pepper, it relies on the cheese with which it is engorged and the tomato chile sauce which tops it for flavor.  They do their jobs well, buoying the pepper flavor of the poblano perfectly.

Another entree from the Old Mexico section of the menu is among the very best of its genre we’ve had at any restaurant in New Mexico.  That would be the pork carnitas, shredded pork marinated overnight.  Tender is a vast understatement for the well-seasoned pork served in a cast iron skillet with green onions and roasted red peppers.  This very flavorful entree is served with flour tortillas which you can use as “Mexican spoons” or to craft delicious pork tacos.  The sizzling cast iron pan includes enough pork for left-overs, and if possible, the subtly delicious flavors are even deeper and more wonderful the following day.

For dessert, you’ve got to have Los Mayas specialty, flan topped with a housemade whipped cream on a pool of caramel sauce.  The caramel sauce has none of the cloying qualities of the caramel you might heap on ice cream.  It’s an adult, semi-sweet caramel that complements the flan like a marriage made in heaven.   The flan itself is dense and decadent yet remarkably light like custard and as delicious as any flan you’ll find anywhere in the state.

Los Mayas is a long-time Santa Fe favorite for good reason, but thanks in large part to its proximity to the Plaza, it’s frequented by wandering tourists who may not understand the queuing protocol or what to order.  What they do understand is that the aromas emanating from its kitchen are irresistable and like a siren’s song, they’ve got to respond to their call.