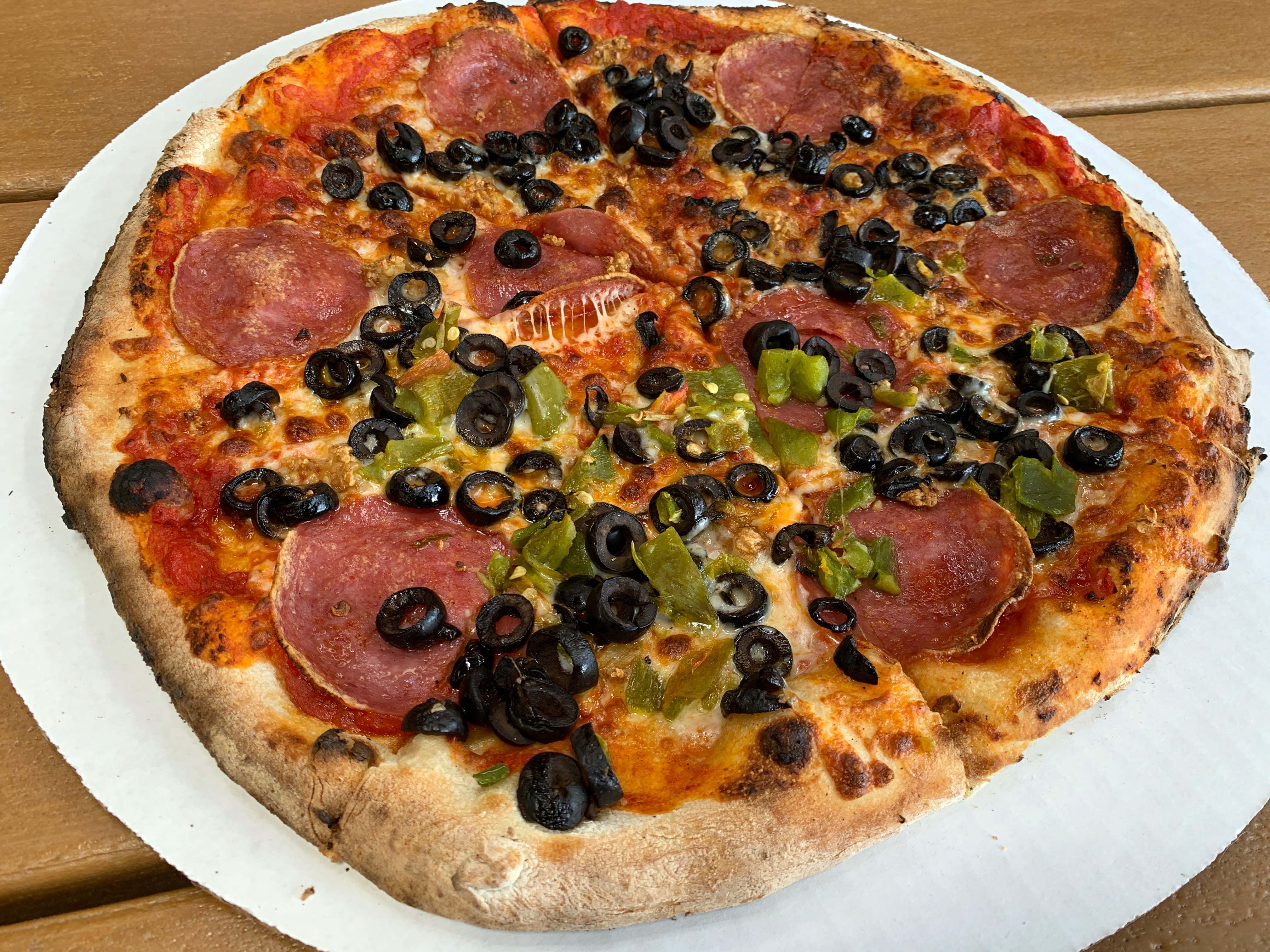 In the parlance of the pugilist, “punchy” is synonymous with punch-drunk, the result of having been battered violently by an opponent. You know, like Rocky Balboa after a few rounds with Apollo Creed. Don’t ever try to correct the family of Giordano Bruno (1905-1992) if they insist on a different definition. They’ll tell you Grandpa Giordano, the family patriarch, earned the nickname Punchy because of his punching prowess as a Golden Gloves boxing phenom. He could really pack a punch they say, winning 80 bouts and going undefeated during his career. More often than not, it was his hapless opponents who were left loopy after a fusillade of lefts, rights and uppercuts.

Punchy’s talents weren’t limited to the squared circle. He could really cook some knockout Italian dishes, too. When he emigrated to Chicago from Milan, Italy in the 1920s he brought with him family recipes from Tuscany and Naples, the birthplaces of his parents—and the latter, also the birthplace of modern day pizza as we know it. Punchy worked as a chef in Chicago then New York (and if you can make it there…) before moving to New Mexico in 1943.

During Sunday family get-togethers, Punchy taught his grandchildren how to make everything from scratch: several types of sauces, pastas and pizza as well as Italian sweets such as gelato, cannoli, biscotti and sorbetto. His progeny learned well. Today, the recipes he imparted have inspired a fleet of mobile food kitchens (that’s food truck to you, Bob). There are three of them in Santa Fe, usually parked at the Santa Fe Brewing Company. The main truck, Bruno’s Wood Fired Pizza Bar, offers Neapolitan-style pizza and other items prepared in an oven imported from Italy. The Bruno family continues to use the same ingredients, recipes and techniques they learned from their grandfather.

As of October, 2018, the Albuquerque area has begun to discover what the Santa Fe diners have grown to know—if you want traditional pizza the way it’s prepared in Italy, New York or Chicago’s “Little Italy,” you need to find out where Punchy’s Wood-Fired Pizza is parked. You can’t miss Punchy’s which is conspicuous by its design. It’s a black conveyance with painted on yellow-orange flames licking upward. At the back of this full-service kitchen on wheels is a wood-fired oven imported from Italy. Oak, a hard wood which burns hot, is constantly being stoked to keep it alit at temperatures between 900 and 1,000 degrees. That intense heat is why it takes only 90 to 120 seconds to bake a pizza.

There are only five pizzas on Punchy’s menu, but with a build-your-own-pizza option, the possibilities are unlimited (starting with choosing your base: Rosso, Marinara, Verde, Pesto, Bianco or EVOO) and size (eight-inch oval or sixteen-inch round). Toppings are numerous. The canvas for each pizza is an IPA-infused dough that is spread out so thinly (just slightly more than an eighth of an inch) you can almost see through it. It’s the antithesis of the old “thin and crispy” cardboard pizzas of yesteryear as it practically flops over as you pick it up. The cornicione, an Italian term for the “lip” or puffy outer edge of the pizza is soft and chewy. The sauce is made from San Marzano tomatoes imported from Italy.

12 January 2019: Our inaugural pizza at Punchy’s was one named for my Kim, The Boss (pepperoni, Italian sausage, salami and roasted garlic). As our server approached with our pie, we asked ourselves if there’s any aroma more wonderful than the combination of just baked bread infused with tomato sauce, spicy meats and Italian spices.  Wary that Punchy’s grandson may have learned how to box from his grandfather, we didn’t wrench the pizza out of his hands to attack it.  We waited until he placed it on our table to do that.  Despite the high heat in which it was baked and the supermodel thinness of the crust, this pizza had only a light char.  The three Italian meats all had a pleasant piquancy while the tomato sauce was zesty, acidic and sharp with a nice (dare I say) punch to it.  This wasn’t a good pizza; it was a great one!

22 June 2019:  In a 1965 episode of Hogan’s Heroes, Corporal LeBeau prepared a pizza for Major Bonacelli, a visiting Italian prison commandant.  Bonacelli (brilliantly portrayed by comedic genius Vito Scotti) complained the pizza could use a little more garlic.  One of the prisoners remarked that if it had any more garlic, it would take the hair off your chest.  Bonacelli retorted “not when it is Italian hair.”  We ordered The Gambino specifically because roasted garlic was one of the listed ingredients (along with black olives and salami), but after eating one slice, my Swedish-Irish Kim complained there wasn’t enough garlic.

When she requested additional garlic, the pizzaioli feigned shock and personal insult though he piled on additional garlic (minced).  Apparently Swedish-Irish women like more garlic than Italians?  At any regard, I slid the garlic off my slices onto Kim’s so that the focus of my slices would be the green chile, black olives and salami.  The Gambino is an excellent pizza with or without enough garlic to ward off a family of vampires.

We encountered Punchy’s on a Saturday at Marble Brewery Westside and hope to run into it again–soon and often. Punchy’s is a knock out!!