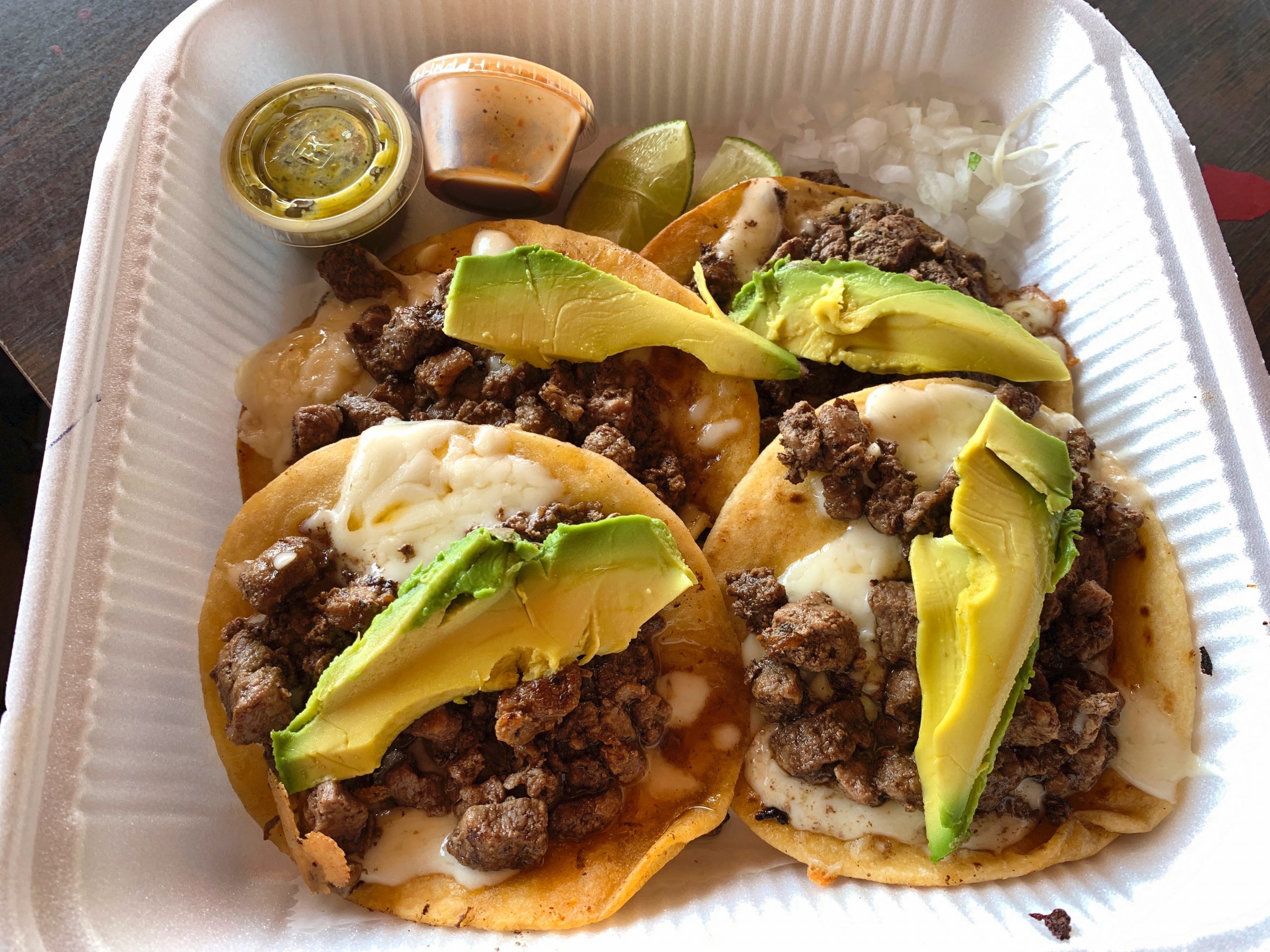 Darn that Google! Even though I used very specific Boolean operands to target my search for “Changos” in “Albuquerque,” Google returned results for Changos in Puerto Peñasco, Mexico. It wasn’t until studying the photos for Changos that it dawned on me “this can’t possibly be South Broadway in Albuquerque.” The Changos in Puerto Peñasco has a thatched roof, a swimming pool bar you can swim up to and features a menu replete with fresh mariscos plucked out of the Sea of Cortez.  South Broadway is a heavily industrial area replete with as many salvage yards and junked cars as you might see in an episode of Breaking Bad.

When we turned south off Rio Bravo and began wending our way southward toward Isleta Puebo, my Kim remarked “it had better be worth it.”  I had asked her to be on the look-out for “Changos Food Plaza”  (from its Messenger handle), picturing a small shopping center with a restaurant at its cynosure.  Instead, we passed one gated compound after another, most of them fenced and industrial in nature.  After overshooting the “Plaza” twice,  Kim espied another gated compound, this one with a food truck parked up front  We had arrived.

Changos got its start in September, 2019, quickly garnering an enthusiastic following thanks in part to a very active Facebook presence.  Updates and (more importantly) photographs and videos are posted at least weekly. The promise of absolute deliciousness depicted visually has been a very effective boon to the start-up.  Like the seductive song of a siren, those photos and videos have lured guests from throughout the metropolitan area.  Apparently we’re not the only denizens of the City of Vision to drive thirty miles for a taco fix because Changos plans to launch a second location in Rio Rancho by the end of August.

As we drove into the expansive dirt-packed parking lot, we ran into a small family toting a bagful of tacos to their car.   When we asked what they thought of Changos, such terms as “muy rico” (very delicious) and “lo mejor” (the best) were enthusiastically expressed.  Similarly, a UNM student in line ahead of us raved about the tacos, praising the “student-friendly” prices.  Another family was obviously enjoying itself on the spacious, social distance enabling patio.

The Changos menu, posted by the food truck window where you place your order, is rather limited, listing such Sonoran and Sinaloan specialties as vampiros (comal-toasted tortilla topped with melted cheese and carne asada), gringas (flour tortilla taco typically stuffed with cheese, al pastor and pineapple), sincronisada (melted cheese, protein and ham, and sometimes vegetables sandwiched between two tortillas) and taco quesadillas (a best of both worlds cross between tacos and quesadillas).  Also available are Clamatos (a Mexican cocktail) and birria (stewed lamb, beef or goat).  The menu had me at birria.

Alas, sometimes as with car mirrors, things aren’t always as they appear or as they’re labeled.  Changos’ gringas tacos, for example, aren’t made with al pastor and pineapple.  They’re constructed on semi-toasted flour tortillas and stuffed with carne asada, avocado slices and queso Menonita, a Mexican semi-soft cheese made from pasteurized or raw cow’s milk.   The carne asada is well seasoned and delicious while the accompanying red and green salsas have a nice bite.  I liked both salsas, but my Kim only got as far as removing the lids of the small plastic salsa containers before deeming both salsas as “like mace.”

Reminiscent of mild white Cheddar with a buttery flavor and tangy sharpness, queso Menonita is a difference-maker, the ingredient most memorable about Changos’ tacos.  We were informed that the owners traveled to Mexico every week for two months until they discovered he perfect cheese…and in the event you’re wondering, queso Menonita does originate from the Menonite community of Northern Mexico.  Best of all, Changos doesn’t sprinkle parsimonious amounts of shredded cheese onto its tacos; it melts a generous blanket of cheese right onto the tortilla.

As with the gringas tacos, the queso Menonito was certainly welcome on the birriaquesadilla, a queso-rich taco with Sonora style birria.  Lest I be remiss, make sure to order the “plate” which also includes grilled onions, a grilled jalapeno and (after 5PM) a baked potato.  The birriaquesadilla plate also includes a bowl of birria consomé in which to dip your tacos or sup.  While most birria is stewed meat served submerged in a seasoned sauce (this does describe the consomé), the birria tacos are made with beef cut up similar to the carne asada.  It’s when we dipped the tacos that true birria flavor shone.

We surmised the name Changos, the Spanish term for monkeys, was selected because diners will go ape for these tacos, but were told the name was chosen because it’s catchy and memorable.  So are those tacos.