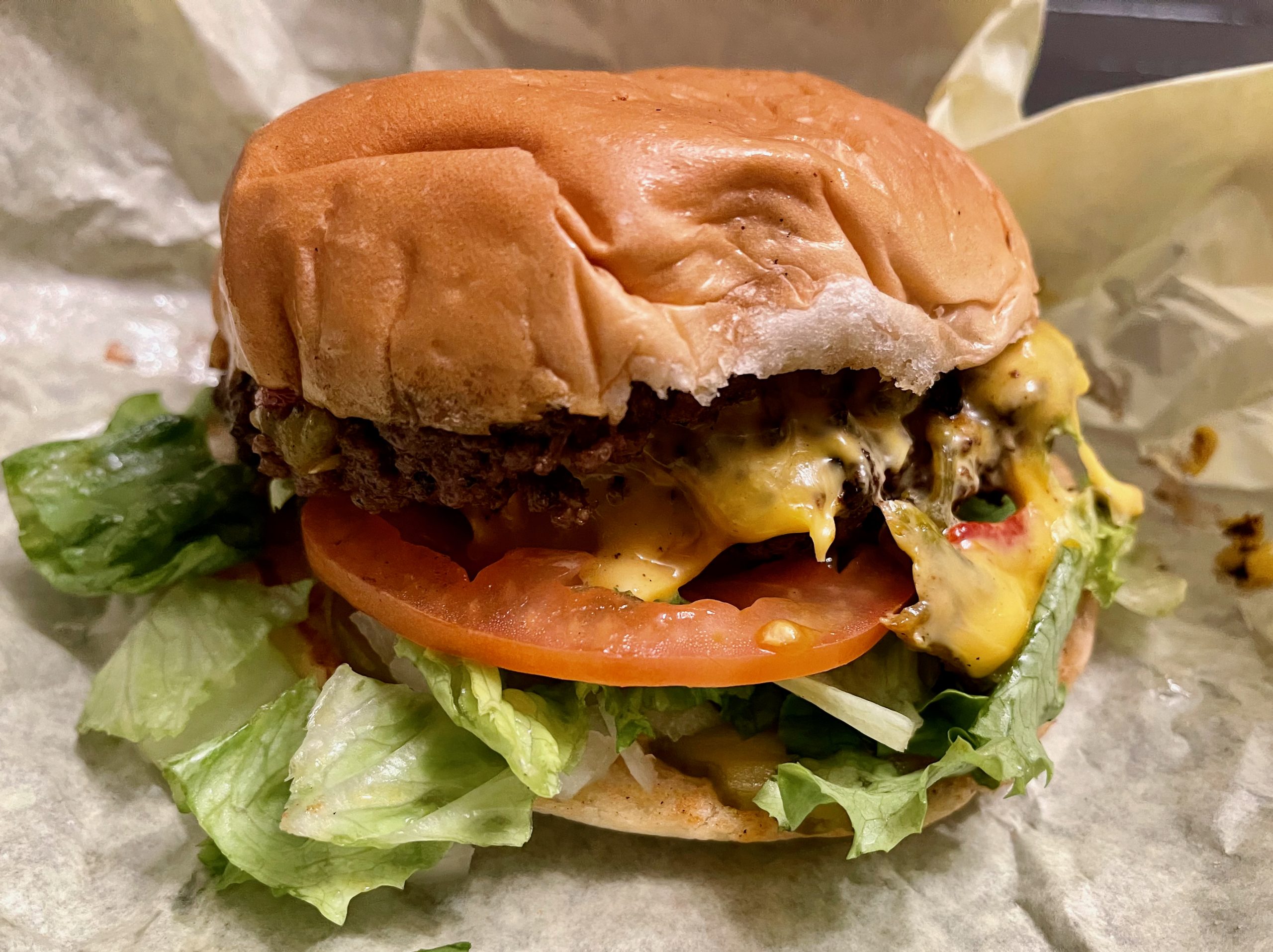 Published in 1938, John Steinbeck’s Grapes of Wrath is widely regarded as one of the greatest American novels ever written. Replete with timeless themes of struggle, destitution, injustice, and the pursuit of a delusive “Promised Land,” the novel centers around the trevails of the Joad family.  Along with thousands of other tenant farmers from Oklahoma who lost their livelihood and property because of the Dust Bowl, the Joads travel the relatively nascent Route 66 toward California and the pursuit of a piece of land to call their own. Every night on their journey, the Joads and their fellow migrants witnessed man’s inclinations toward desperation, violence, and murderous anger as well as generousity and respect.

We couldn’t help but think about the Joads when we made reservations for three nights at Amarillo’s Hubbel Duplex.  We couldn’t help but reflect on all the “Okies” who passed in front of the Duplex en route to California.  Situated on the western end of West Sixth Street, the brick dwelling remains virtually unchanged since its construction in 1925.  West Sixth Street was the first paved highway through Amarillo and a vibrant part of Route 66. Today the U.S. Route 66-Sixth Street Historic District runs for 13 blocks along 6th St. between Georgia and Forrest Avenues and remains Amarillo’s most intact collection of commercial buildings claiming significant associations with Route 66.

With numerous vintage buildings having been refurbished and fashionably restored, this district is now a hub for nightlife and shopping…an antique district replete with collectibles, boutiques and street-side cafes offering a culinary variety not available to westward sojourners during their arduous migration to California.  Our dining destination the first night of our stay was the oldest restaurant in Amarillo–some say the oldest restaurant continuously operating in the same location anywhere on Old Route 66.  That would be The Golden Light Cafe & Cantina which was established in 1946 on the main street of America.

Three-quarters of a century after it was first built, the Golden Light Cafe & Cantina has become a fixture on “The Texas Bucket List,” a compilation of things to see and do in the Lone Star State. It’s no novelty, however.  The Golden Light has a prominent place on almost every list you can find of Amarillo’s best restaurants.  It’s a classic, no pretense dive loaded with greasy-spoon charm and some of the best burgers anywhere along the 2,448 mile expanse of Route 66.

Listen up, New Mexico.  That distinction of “some of the best burgers along Route 66” includes one of the very best green chile cheeseburgers I’ve had–as good as any you’ll find in New Mexico. I helped put together the New Mexico Green Chile Cheeseburger Trail  so green chile cheeseburger greatness is a topic with which I’m quite familiar.  In making the “heretical” declaration about the Golden Light’s version, I fully expect my loyalty to the Land of Enchantment to be questioned, petitions for revocation of my state citizenship to be requested and for my name to be dragged through mustard, ketchup and maybe ground glass.

It’s such a good green chile cheeseburger that I’m even willing to forgive the egregious mispelling error.  Yes, the burger about which I’m raving is actually called “Tamara’s Green Chili Cheeseburger” and it’s described as “a cheeseburger with green chilies.”   You’re probably recoiling at the spelling “chili” and wondering how New Mexico could consistently rank below Texas for education.  Irrespective of that offensive spelling, this burger is superb!  Picture two certified Angus beef patties accompanied by pickles, tomatoes, romaine lettuce, mustard, grated cheese and Hatch green chile on lightly toasted buns.  Roadfood describes the Angus patties as being prepared “cowboy-style” (well done!), but this is well done that retains juiciness, not some charcoal hockey puck.  The green chile has a piquant punch worthy of the correct spelling of “chile.”

My Kim, who’s not the diehard burger devotee her husband is, ordered Corbin’s Harley Burger (a cheeseburger with grilled onions).  By the time we got it to the Duplex (a mile away) the burger looked as if had gone three rounds with our debonaire dachshund The Dude and The Dude won by a knockout. Seriously, the buns were squashed and mangled and ingredients spilled out of the sides. Okay, so the burger wouldn’t win any beauty contest, but it was one tasty burger. Not every burger restaurant knows how to grill onions to the point at which they begin to caramelize. The Golden Light has mastered that art.

Roadfood claims “the most memorable dish in this old café is French fries: thin-cut and superbly crisp, they have a starchy savor that calls only for a sprinkle of salt to attain perfection.”   That’s not the way we would describe them–at least not the “superbly crisp” part.  Instead of crispy, the fries were limp tangles of thinly sliced tubers.  They were definitely first-rate, requiring no ketchup or ameliorant of any kind.

As the oldest operating restaurant in Amarillo and a fixture in the history of Route 66, the Golden Light Cafe & Cantina now has a place in our hearts. That green chile cheeseburger, in particular, will win over all hearts and minds, even those of New Mexicans who believe we have exclusivity in the green chile cheeseburger department.