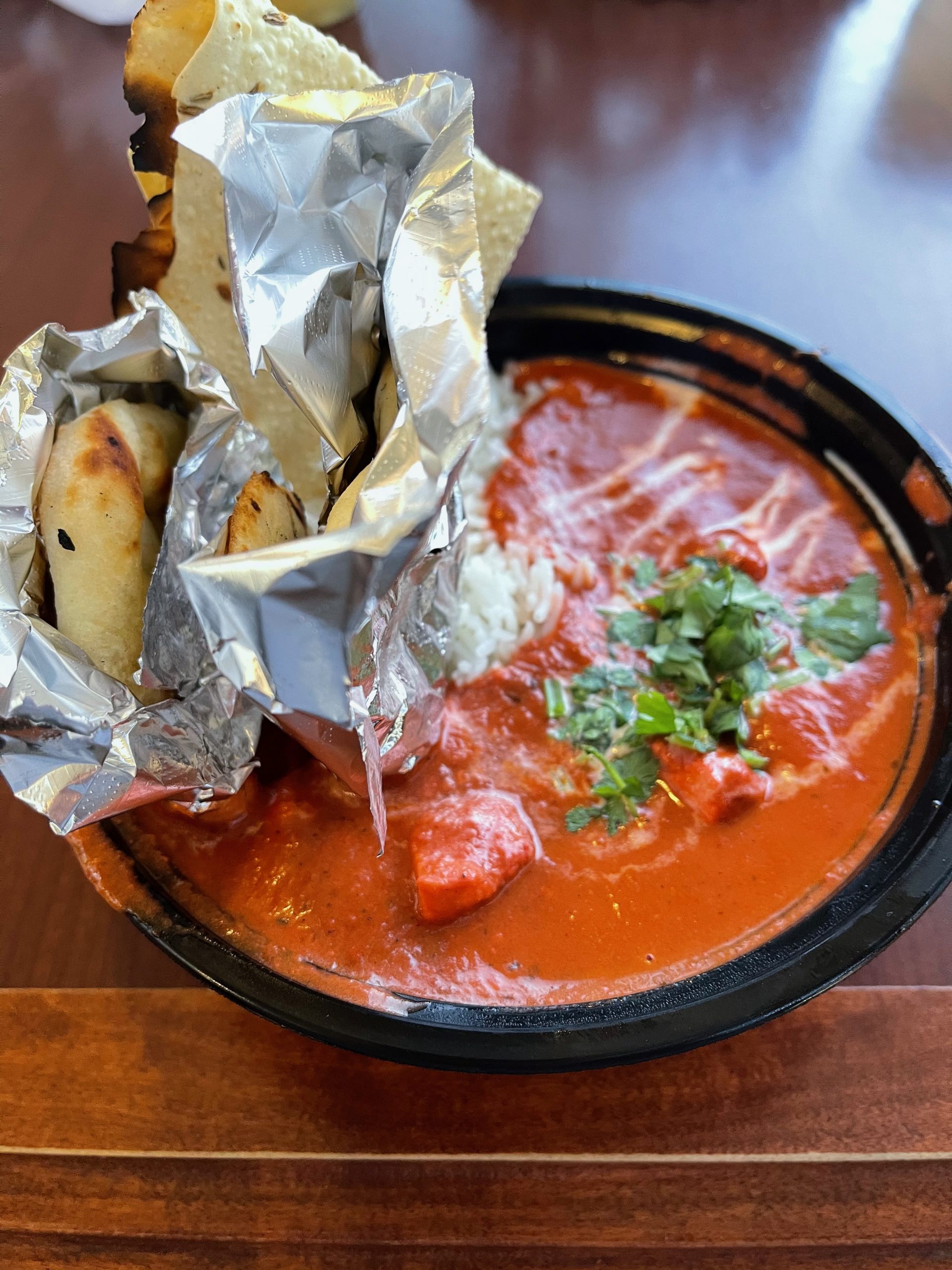 During our last full year at Intel, my friend Bill Resnik and I had the distinct honor and privilege of working on a project with a team from Microsoft comprised mostly of information technology professionals with roots in the exotic subcontinent of India.  We had expected impeccable technical expertise, but their dedication and focus was far beyond what any of us would have anticipated.  As an example, Kannan, a technical solutions analyst once took a well-deserved vacation in Hawaii and still called in to daily project meetings.  Tropical birds sang in the background as Kannan provided his updates while lounging on the lanai.

Never one to miss out on an opportunity, Bill downloaded an application for his iPhone which played everything from beautiful bird songs to simple tweets and chirps.  The second Kannan began to speak during a meeting–either from his San Francisco home base or somewhere Microsoft had dispatched him–Bill would play bird sounds that weren’t necessarily indigenous to Kannan’s location at the time.  We heard everything from turkeys gobbling and chickens cackling to a pterodactyl screeching.  It was driving Kannan batty trying to figure out where all these strange and exotic bird sounds were emanating.  It brought to mind The Carpenters song which began “Why do birds suddenly appear every time you are near.”

As is often the case with stressful and challenging projects, professional relationships developed into friendships based on mutual respect and admiration.  We became quite close to our Indian colleagues.  For reasons I don’t remember (maybe my zen demeanor), they began referring to me as a Punjabi similar to Nirmal, one of the superb Microsoft developers on the project.  I never got around to wearing a turban, a traditional headdress worn by Punjabis but was certainly honored to have been considered a Punjabi.

Needless to say, I began studying aspects of my “new culture,” especially Punjabi cuisine. I learned from trip101.com that “The Punjabi culture doesn’t just belong to the state of Punjab in India; it is about the people who have taken this spirit of being a ‘Punjabi’ and settled around the world.”  Somehow, my Microsoft colleagues believed I had taken the spirit of being a Punjabi.   trip101.com also indicates “Punjab is India’s most fertile and beautiful states. The state is harmonious with different religions thriving alongside each other, celebrating life, and enjoying a good taste in food and drink.”  Yep, that sounds like me.

With respect to Punjabi cuisine, trip101.com says: “Punjabi cuisine has taken the world by storm; it’s rich, creamy and spicy recipes are delicious and not for the faint of heart! Punjabi breakfasts are big and filling, usually hot and crispy aloo paranthas (spicy potato-filled flatbread) topped with a dollop of makkhan (homemade butter) and chole kulcha (fried flatbread). Lunches and dinners come with delectable meat dishes including the world-famous ‘Butter Chicken’ and ‘Chicken Tikka’. For the vegetarians, winters are comforting with sarson ka saag (mustard leaf curry) and makki ki roti (cornmeal flatbreads).

As we approached It’s A Punjabi Affair on Amarillo’s Route 66 and espied a billboard depicting a couple dancing, I was reminded of another aspect of Punjabi culture (again courtesy of trip101.com): “Be it a wedding or a village harvest festival, Punjabis are known to break out into a Bhangra dance to celebrate at a moment’s notice. The foot tapping music accompanied by dhols (drum) create an electric atmosphere. Bhangra music does have a bit of singing, but it’s the energetic music that automatically gets the Punjabis on the dance floor. Bhangra has become a music genre not only in India but in countries like UK, and Canada as well, where Punjabis have a strong presence.”  Admittedly like the stereotypical nerdy white man, I have no rhythm, can’t dance and can’t even clap to a beat, but that doesn’t stop me from appreciating my Punjabi brethren who can.

It’s A Punjabi Affair is, to say the least, unique–not at all your stereotypical Indian restaurant.  Maybe that’s why it’s so special.  Not only is the name “It’s A Punjabi Affair” quirky and unexpected (especially in a stodgy, conservative cow town), its uniqueness is reinforced in the “subtitle” beneath the name on the signage: “Won’t get in trouble for having one.”   You’ll do a double-take as you approach the restaurant (we actually drove past it twice).  It looks nothing like any Indian restaurant we’d ever visited.  Only the kitchen is brick-and-mortar.  All seating is al fresco, albeit in very comfortable, and sun-wind-shielding covered patios.

There are two ways to place your order.  First is through a drive-through intercom system (like you’d find at McDonald’s).  Second is by walking up to an order window positioned next to a large menu.  As we perused the menu and noticed the uniqueness of several items–loaded samosas (a deconstruction of the triangle-shaped puff pastry) and “detox” lentils, for example–I asked about the avant-garde nature of the menu.  Our server assured us “this is what we eat at home.”  Hmm, not at my Punjabi home.  Not at any Indian restaurant we’d visited before.

It’s A Punjabi Affair may have a quirky name and may not subscribe to most stereotyped Indian food templates, but it’s very highly regarded in the genre.  Austin Monthly, in fact, believes “some of the best Indian food in the state” comes from It’s a Punjabi Affair and lists among the standout dishes the tandoori chicken and lamb curry.  As of this writing, It’s a Punjabi Affair has a perfect five-star rating from some 354 reviews on Yelp.  Nary a nay-sayer or curmudgeonly contrarian has a disparaging word to say about this quirky, unique and special Punjabi restaurant.

The nimbu laid (ginger mint limeade) made with fresh ginger flakes, mint and limes certainly earns five stars.  If you’re tired of limeade that’s “limey” in name only and unhappy with insipid beverages purporting to include ginger, this is an eye-opening revelation.  Every named ingredient–ginger, mint, lime–is assertive, but in a balanced way that lets you enjoy contrasting flavors that go very well together.  It’s an exemplar of refreshing deliciousness.  The las-see (a yogurt-based smoothie available in mango or a mint-cumin flavor) may be spelled just a little bit differently than what you’re used to, but it’s still the same rich, delicious drink that complements Indian food of all types.

There were no specials of the day during our inaugural visit.  No Punjabi burger with smothered fries.  No fenugreek chicken.  No chickpea masala.  These are just some of the items Yelpers rave about though we probably wouldn’t have ordered them had they been available.  As is often the case when visiting a restaurant we haven’t previously visited, we asked our server to recommend the restaurant’s “signature dish,” the dish for which it is best known.

Our server directed me to the butter chicken (A bowl of warm curry. Served with chicken. Accompanied with a naan and steamed rice. Garnished with cilantro along with a side of pickled onions and poppadum).  I’m no stranger to butter chicken so it surprised me somewhat to hear it was the restaurant’s signature dish.  Butter chicken, while quite good, has been described as “the classic Indian truck stop dish that’s as straightforward as it sounds.”  Not exactly a rousing endorsement.  In fact, it’s outright blasphemy.  A good butter chicken is a silky, creamy indulgence. It’s probably impossible not to fall in love with this dish since it’s made with lots of cream and ghee, the clarified butter so prominent in Indian cooking.  Resplendent with the flavors of garam masala, paprika and ground cumin and a sauce that combines cream, crushed tomatoes, onion, garlic, ginger and spices, it’s no wonder butter chicken is the signature dish of It’s A Punjabi Affair.  Note: You can find a delicious and easy to prepare version of butter chicken in Alonna Smith’s wonderful blog: My Indian Kitchen.

When it comes to Indian food, my Kim isn’t quite as adventurous as her Punjabi husband.  Her favorite dish–one she orders every single time we visit an Indian restaurant–is tandoori chicken.  It’s A Punjabi Affair offers bone-in and boneless versions, marinating chicken breasts and topping them with pickled onions and serving a mint cilantro chutney on the side.  Tandoori chicken is low in fat and high in protein.  Moreover, it’s absolutely delicious.  Opting for the boneless version, my Kim enjoyed bite-sized pieces of tender, marinated chicken.  The pungent and sharp pickled onions were a new experience for her, but the more she ate of them the more she enjoyed the contrasts in flavor.  The accompanying garlic naan is a wonderful way of sopping up the delicious detritus.

If carrots do indeed improve vision, my vision should be 20/15.  Our every visit to an Indian restaurant includes a dessert of halwa, the sublime carrot dish also known as ga ja rela (grated carrots whole milk dried fruits and nuts with a delicious rich texture), one of my favorite desserts of any genre.  This is a dessert that will convert the carrot-haters among us while pleasing the palate of every nut-lover.  Shaved almonds provide a savory contrast to the sweet, grated carrots in a pudding-like mixture that made me very happy. Similarly my Kim loved the gulab jamun (Indian donut puffs served in a warm cardamon and honey syrup along with sliced almonds).  In a city replete with donut shops, It’s A Punjabi Affair may serve the best donuts.

In an interview with the Amarillo Globe-News, T.J. Sarkaria, one of the restaurant’s owners, described the Punjabi attitude toward food: “It’s all about when we’re eating lunch, let’s talk about dinner, and while we’re eating dinner, what are we going to have for breakfast?”  That cinches it!  I’m a proud Punjabi.